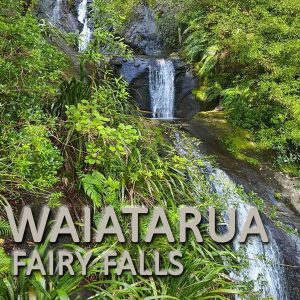 Getting married in New Zealand was less about romantic choice and more a ‘Might as well…” shrug. We were fairly broke at the time and what money we did have we’d rather use for travel. This would be the third marriage for each of us and splashing out on our original preference of Hidden Creek Winery seemed a bit excessive when we already knew the drill and the whole bridal thing made me cringe.

We did want to get married though so checked out the absolute minimum we’d have to do and pay. Garuda had cheap flights across the Tasman and as we’d have a place to stay with Brian’s brother Les in Waiatarua, we could afford to hire a car and sightsee around the North Island a bit beforehand. We stayed in hostels mostly and that freed up funds for sailing, luging, jet-boating and other attractions, and we knew how to save a quid elsewhere. The man who once equated buying food at variety stores with dumpster diving had come a long way – Brian now had no problem stuffing his pockets at all-you-can-eat buffets and was a whiz at sniffing out cafés that offered bottomless soup and two-for-one deals.

Also a fan of the simple approach, Les found a celebrant, booked dinner at The Falls, and offered his back yard as the venue. His house was suitably rustic, high in the Waitakeres with a wild garden and neat views. He would be our witness and when seven year old Sam was told he could also sign the register, “Then I wanna be ring guy,” said Ben. Not big on jewellery, I opted to use the friendship ring Brian had given me in 1971, when I was 16. Through 30+ house moves it had been lost and found several times and obviously had staying power.

I’d learned not to mention the W word when shopping for a dress (not white of course – the jig was definitely up on that score) as assistants would start talking “frocks” and point me towards frilly pastels that made me look like a stale cupcake. I found a generic teal number and dug out my only dressy shoes, and talked Brian out of wearing a jacket that screamed 1983. Getting that man to throw out anything was a trial but clothes were his particular weakness – they all came with a story that made them “my favourite” shirt/pants/leather jacket (one that any pimp would love) even if he never wore them anymore. But sentiment’s a funny thing – after he died we each attached ourselves to a different piece that to us said classic Brian. The leather jacket I gave to my dad Shep as he was of similar size and felt the cold. He liked it, but it was promptly vetoed by Mum, who insisted he give it back as “you look like Fonzie”. Damn.

The day of the hitchin’ was wet and dismal so we moved the show – or part of it – to the restaurant. As we had nominated Les’ address to Births, Deaths and Marriages, legally we had to do two things at that location: say “I do” and sign the register. Done. Later, between the main and desert, we took care of the rest. Glenys tried to romantic it up a bit (I thought I said no flowers?) and then passed it over to us “to say your vows”.

Huh? I looked at Brian and he looked at me and then I broke the ice with those three little words…

He ummed and pulled a face, thought about it some more – and then launched into the sweetest, most poetic monologue I’d ever heard. He got teary and Glenys got teary and Les choked up and Ben asked when we could go back and have ice cream, and then they all looked at me.

Good one, Brian. Writer or not, how was I ever going to follow those touching words? I could only find one: “Ditto.” Admittedly it wasn’t a crowd pleaser but as I agreed with everything he’d said, to say more would just be redundant. The formalities over, we followed the eager Ben back to the table.

Now Dan and I were at The Falls for lunch, after hiking down the bush track to nearby Fairy Falls where we deposited our boy against a backdrop of ferns and kauris (and, I later learned, lots of wild rabbits). There was nothing remarkable about the drop or the lunch and I couldn’t really tell if anything had changed much here at the restaurant in 14 years. It didn’t matter and my only regret that day was the same one Brian and I had in 2001: that all five boys couldn’t be with us to share an event that might have seemed lightweight, but was the start of our wonderful, sometimes rocky but never boring, till-death-us-do-part journey. 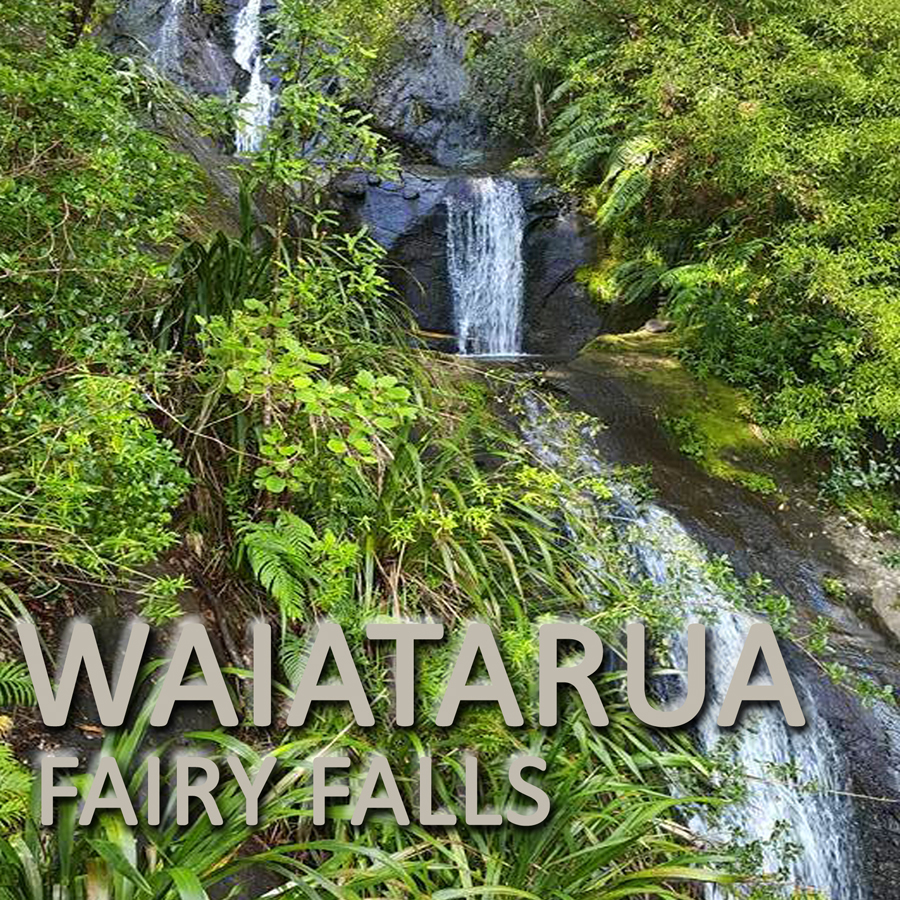 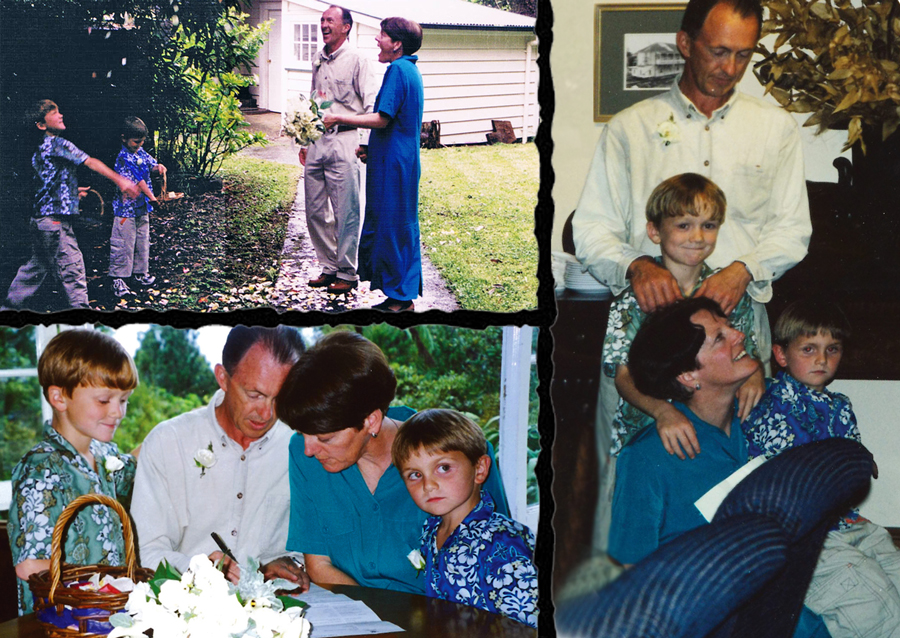 These are the only photos we have of our wedding on 10 October 2001. Despite the look on his face, I think Ben approved of the union. 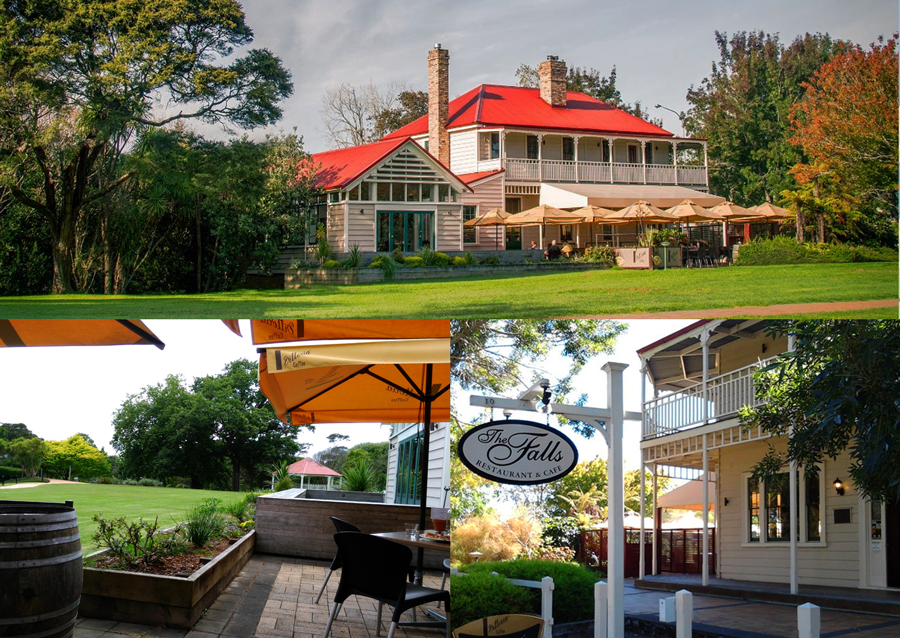 The Falls Restaurant in Henderson Valley where we conducted Part 2 of the wedding. Dan and I enjoyed lunch there after the ash drop in January 2016. 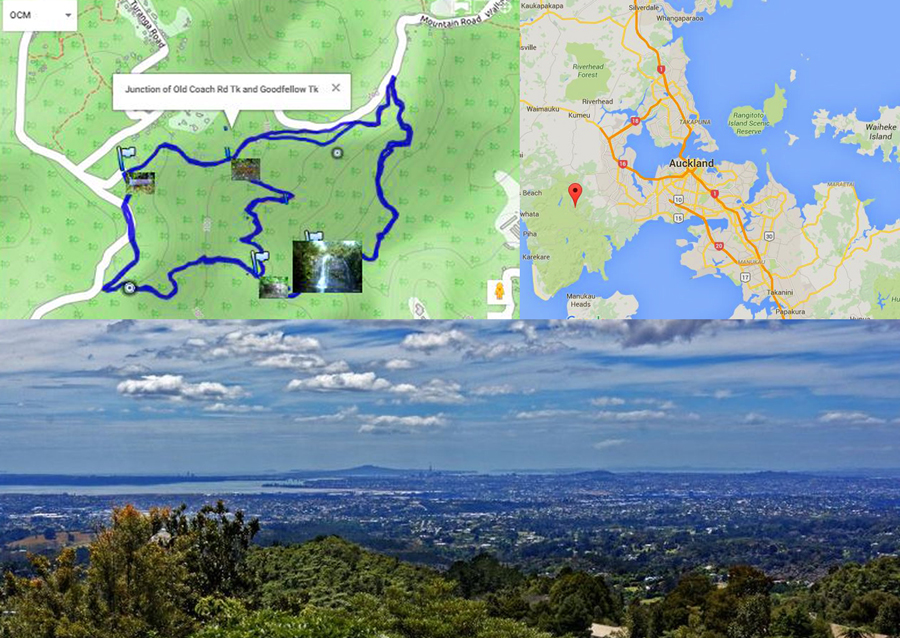 Map of Fairy Falls, near where we married at 150 Mountain Road, Waiatarua; the view of Auckland from Waiatarua, in the Waitakere Ranges. 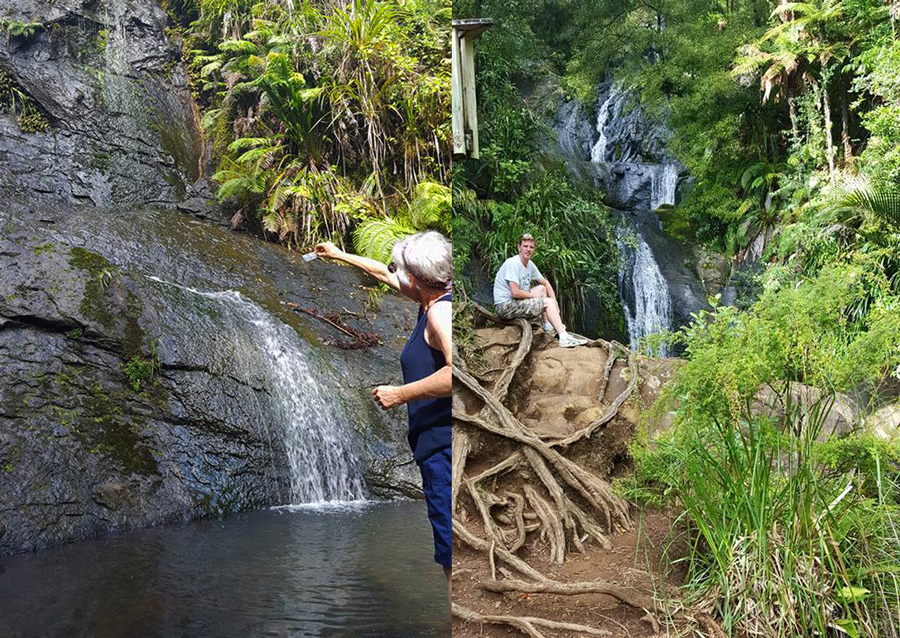 Scattering the ashes at the base of the Fairy Falls. 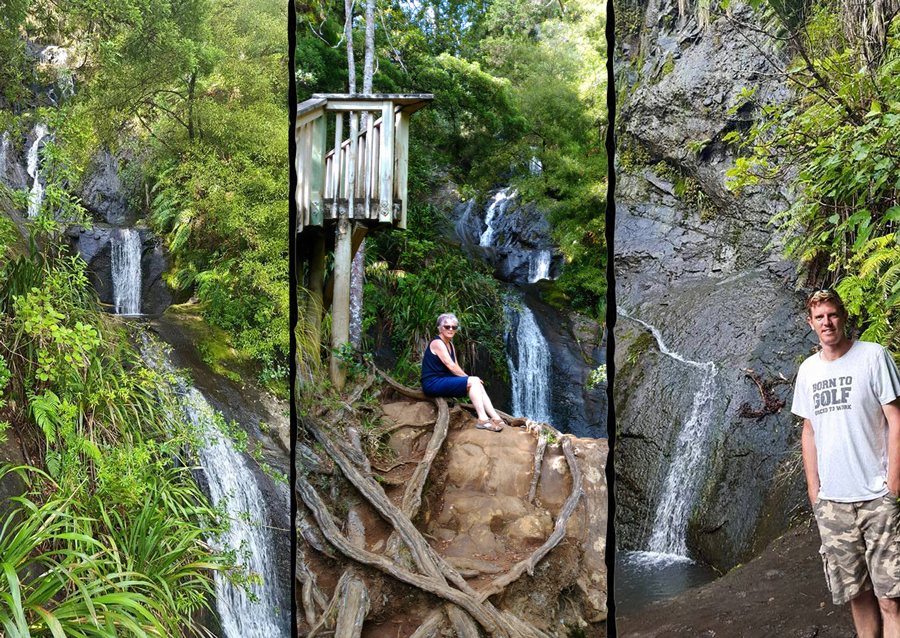 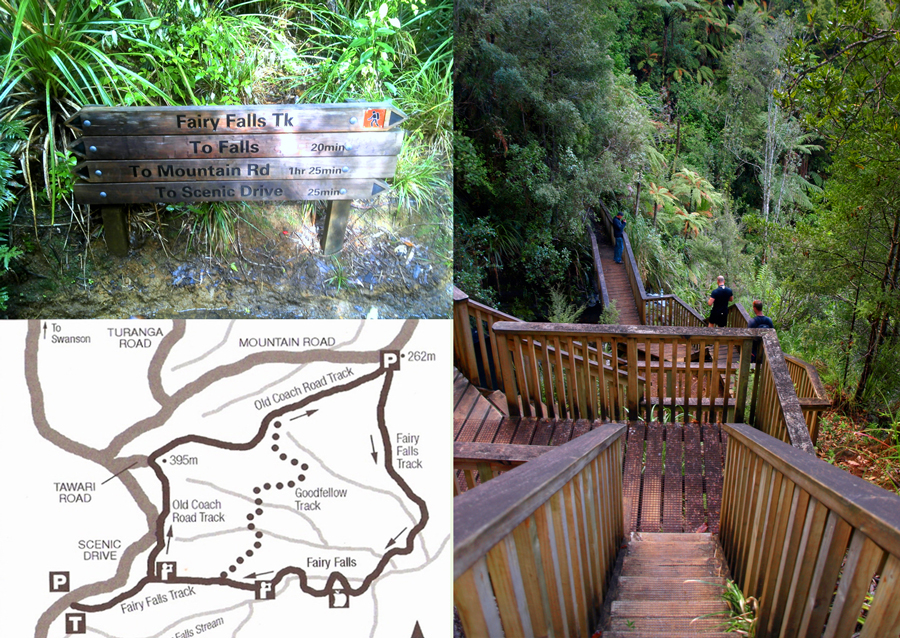