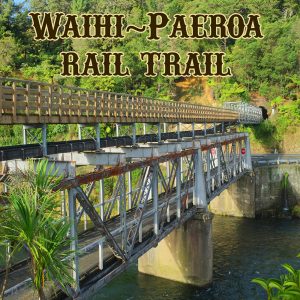 Our first ash scattering in New Zealand was spontaneous, while we were driving towards the Bay of Plenty and our planned destination of Tauranga and Mount Maunganui. It was Dan’s maiden voyage to the country and although he was pining for his new love Heidi, we anticipated a fun few days together.

We were staying in the CBD a block from the Auckland Sky Tower in an apartment that had everything we needed, except two beds. The receptionist insisted I “must have misunderstood the sleeping configuration” on their website but neither I nor my two-metre son was comfortable with that much closeness. The place was fully booked but they wheeled in a surprisingly comfortable trundle bed and I gave Gulliver the queen.

We did the tower and looked around the CBD a bit but in our brief six days in the country we wanted more than urban so Dan hired a car and we headed south-east. Unfortunately #2 son has inherited my lack of patience but a USB of suitably daggy car songs and a good lolly hit softened the mood. By the time the suburbs thinned his road rage had settled to the occasional honk and mutter.

When Brian and I married in NZ in 2001 we had Sam and Ben with us and driving then was paced to include lots of stops and endless ‘I Spy’ and dog-spotting games. Mental stimulation with Dan was much more mature – we traded trivia and pointed out each other’s faults (“I’m self-involved? Oh please – you’re the one who’s self-involved…”). Those are my other genetic gifts to him: a brain that sucks up and never forgets useless information, and a certainty that he is always right. It makes our times together both fun and fraught, something Brian – who was also never wrong – found out more than once.

On the way to Tauranga I wanted to find a little rural café we’d stopped in at all those years ago. Brian had raved about their coffee and it had fascinating garden art, good tarts, and goats… though I’m not sure if I really remember goats or if I just made that bit up later. Either way, I directed Dan there with my usual conviction: “Maybe that place… no… ooh! This looks like – it definitely had an N in the name…”

We never found it. Ngatea briefly raised hope and by now my boy was drooling for that coffee, but admirably he did not explode at my dithering. Sometimes he knows it’s best to just breathe.

At the base of the Coromandels is Karangahake Gorge, one of the ‘14 Wonders of New Zealand’. Easy to see why – the Ohinemuri River churns through it and the sheer cliffs hold a labyrinth of mining tunnels, some lit by glow worms. The Karangahake Tunnel was carved from solid rock in 1905 for this section of the Paeroa–Waihi railway line, and when the line was torn up in the 1980s the tunnel became part of the popular hiking/biking Hauraki Rail Trail. We walked from the Western Portal Bridge into the tunnel’s cold dimness, emerging 1,100 metres later at the (surprise) Eastern Portal Bridge, over another twist in the river.

With a gradient of 1:50 and the yellowy lighting and dampness the tunnel can be quite slippery. We were careful but as I sprinkled some ashes into one of the puddles beneath the slimy, soot caked walls I couldn’t resist touching them… and learning that curiosity killed the jeans as black sludge does not wash out. Dank, quaggy and still smelling of coal, it wasn’t the most attractive resting place but I’m pretty sure Brian would have appreciated its railway history and the splendour of the surrounding landscape.

We didn’t see any rabbits and I hadn’t brought a substitute, but this oversight was only one of many lapses in my usually meticulous travel plans. Starting with leaving all my NZ dollars sitting on the bed at home and then forgetting my travel credit card’s password, ensuring I couldn’t reload funds, all my experience seemed to go down the toilet on this trip. In my defence I was also booking flights and accommodation for Tasmania and training for the Overland Track in April (and admittedly I had another distraction developing at the time) but all these could have been managed if I hadn’t lost my multi-tasking mojo.

“You’re trying to do too many things at once,” Mr Methodical would have tsk-tsked with maddening calm. Grrr… I hated when he pointed out the obvious but no time to sulk – this day was about to hit new heights, literally. 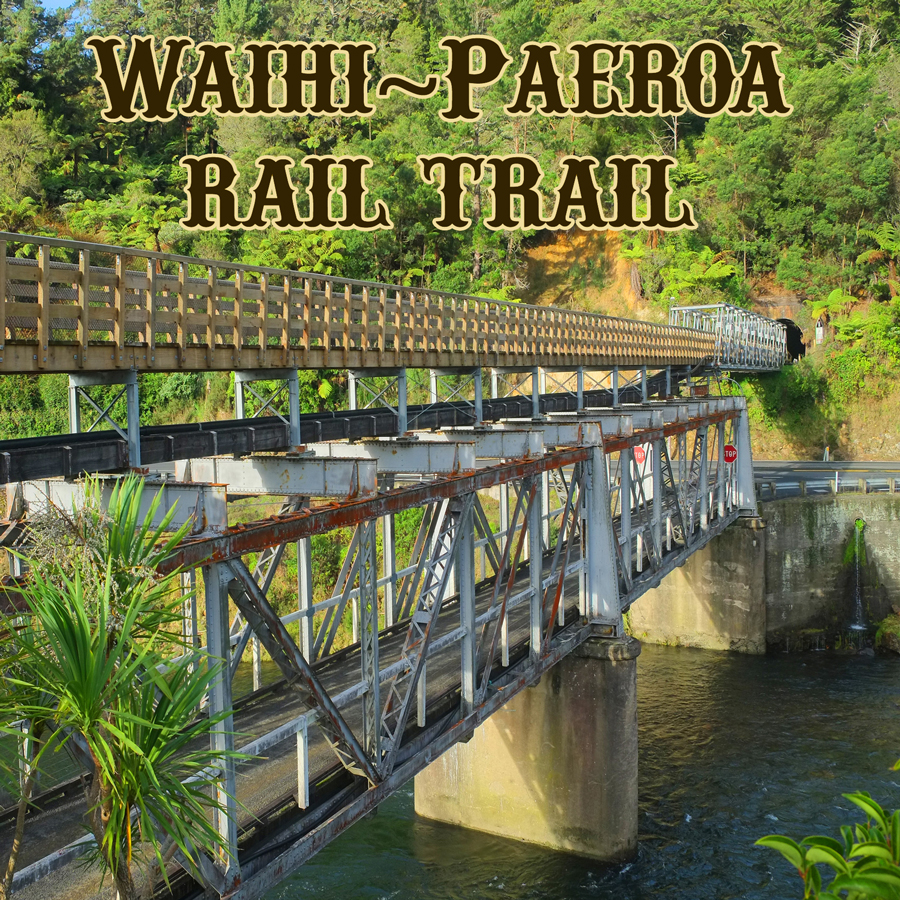 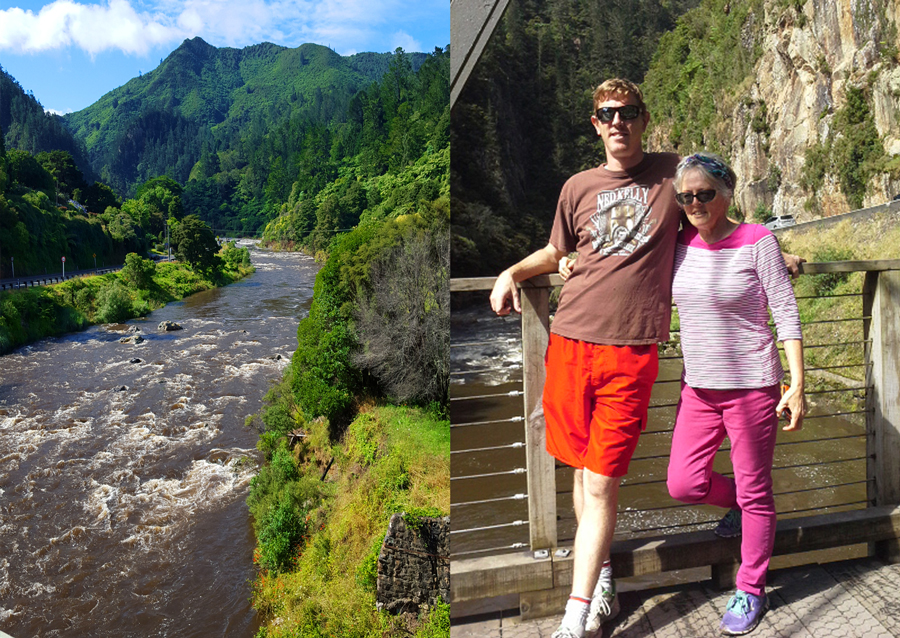 At Karangahake Gorge with Dan. 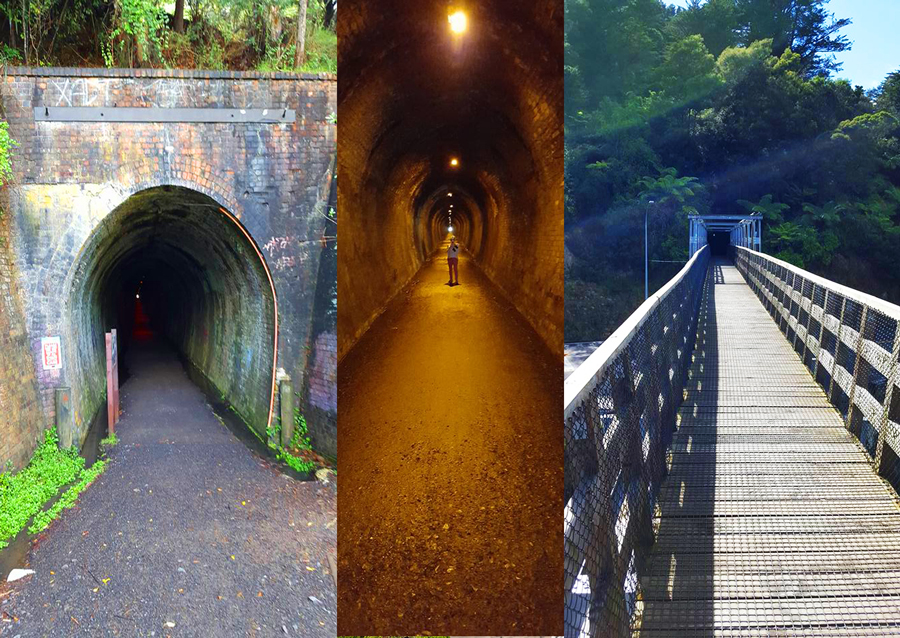 Entering the Tunnel from the western side. 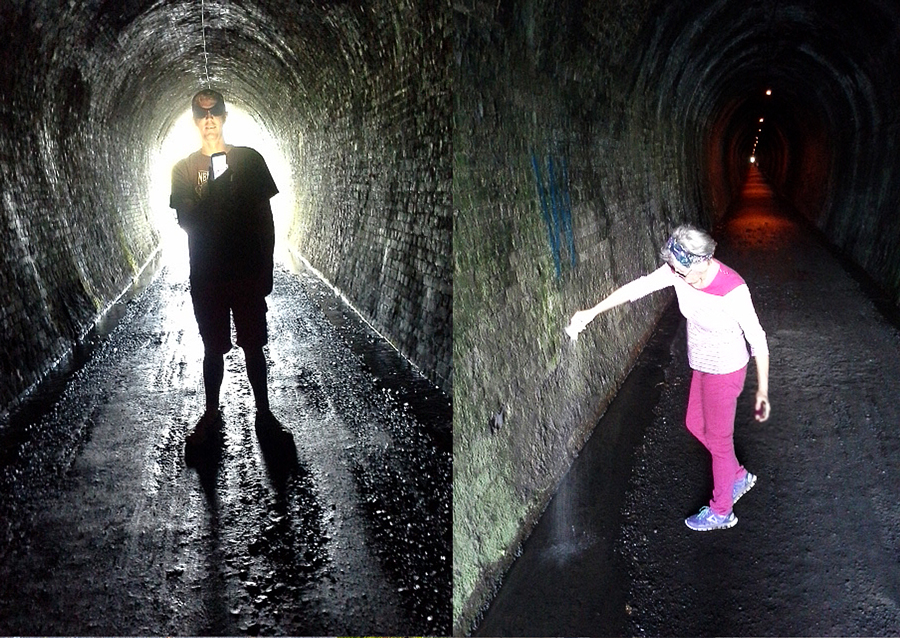 Inside the Rail Tunnel, where Brian now rests. 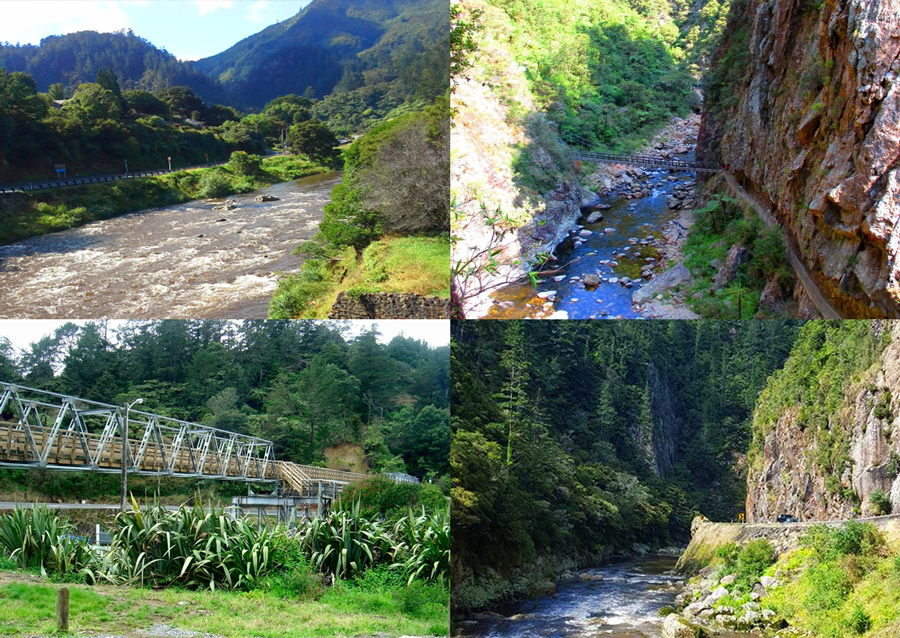 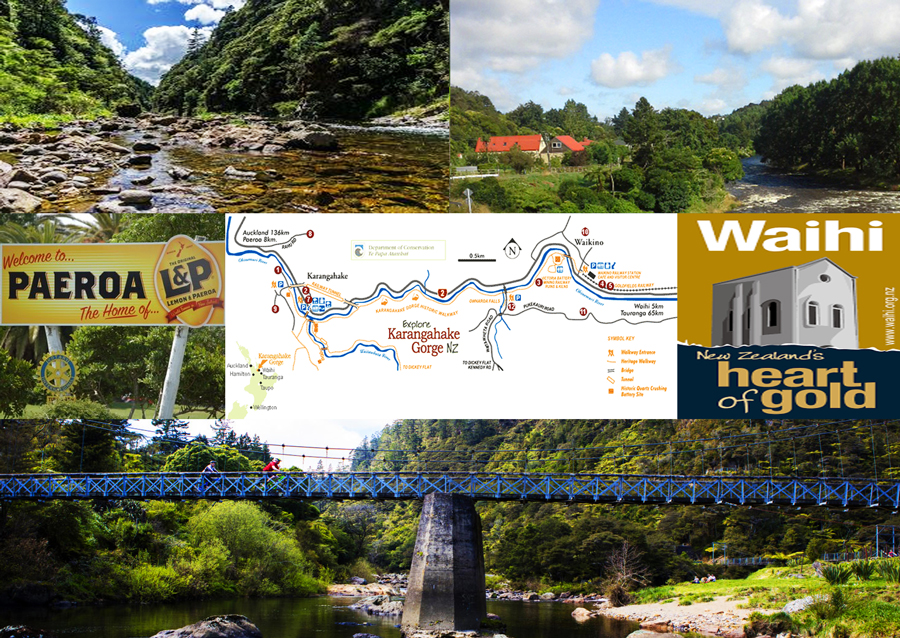 More of the same.