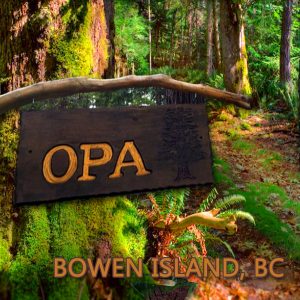 After Vancouver and Giant Cedars I still had a little bit left for an extra scattering but had no particular place in mind. Then we visited Bowen Island and it was like finding a block of Lindor Extra Dark in the back of the fridge when you thought you’d already polished off the lot.

You could never get sick of looking at this, I thought as the Queen of Capilano sailed across the channel from Horseshoe Bay. Brian could do worse than going into the waters of Snug Cove, a place as postcard pretty as the name implies, even without a rabbit sighting to legitimise the event. But as we walked up the hill from the ferry to the café to meet Alyssa’s cousin Courtney, the red alder and fir forests were putting up a very good argument for another land drop.

What we saw of Bowen – the Squamish people call it Nex̱wlélex̱m – was pure Canada, but also a little bit back-of-Bellingen… and maybe Nimbin. Different vegetation and climate but the same green politics and mosey-pace image, and the same focus on protecting natural assets balanced by what brings in the tourist dollar. A visit to the wonderful Artisan Square and its mosaic of arty crafty shops, studios and organic eateries found my rabbit –  in the window of the Arts Pacific Gallery was a print of an odd little bunny sculpture with a smaller bunny (or maybe it was a deformed carrot) in his mouth. It was kind of creepy but that didn’t rule it out as a souvenir; its cost however, did. I took a photo and consoled myself with Bombay Truffles from the nearby chocolatiers.

On past Killarney Lake was Opa, the 1,100 year old Douglas fir that was well worth a bit of Brian. Opa is a survivor, scarred by nicks from saws and axes but one of only two old growth trees remaining on the island from a time when rampant logging was the thing. Many believe Opa was spared for a reason and Squamish mythology imputes it with a wisdom and sentience that make it a popular place for weddings and an ideal meditation space that offers clarity and direction for troubled souls.

I just thought it was a pretty cool tree. I haven’t been able to find any reference to how tall it is but its lowest branches looked to be more than 12 metres above the ground and it’s almost a day trip around the base of its trunk. Something that impressive and impervious to attempts to kill it was a perfect resting place for a man who endured so much to stay alive as long as he could.

Our time on Bowen was brief but, still on a honeymoon with the country, enough for me to fall in love with this quirky, creative and colourful community. Courtney and Duy were easygoing hosts and seemed to have found an idyllic environment for raising Obi and Gretta. Any compromises with island living would not be deal-breakers – Bowen is only three nautical miles from Vancouver and regularly serviced by ferries and water taxis. For me the only thing missing was a skunk.

We were up to scratch with Skunkgate and the theory that their increased population was due to unscrupulous mainland pest control companies dumping them on the island. The funky little critters might not be on anyone else’s bucket list but all I knew about them at that stage was informed by Pepe Le Pew cartoons so as we walked out to the garden studio bedroom and Duy handed us a torch, all I could think was how neat it would be to meet one in the moonlight. Surely they couldn’t smell as bad as their reputation, and horrendous odours don’t scare anyone who’s unzipped a bag of week old rancid socks and strips from a boys’ soccer team. Alyssa didn’t share my enthusiasm but I was sure she’d eventually appreciate a sighting to round out our Canadian wildlife experience. Unfortunately that scenario, like the one where I have an epiphany after coming nose to snout with a moose on a nocturnal forest walk, never made it past my imagination.

(Raw deal too that our trip didn’t coincide with the Bowen County Fair slug races. Any event with rules that disqualify snails and other non-slug gastropods, as well as ‘slugs that interfere with other racing slugs’ – but turns a blind eye to bribing contestants with lettuce ­– would have to be an unmissable treat.) 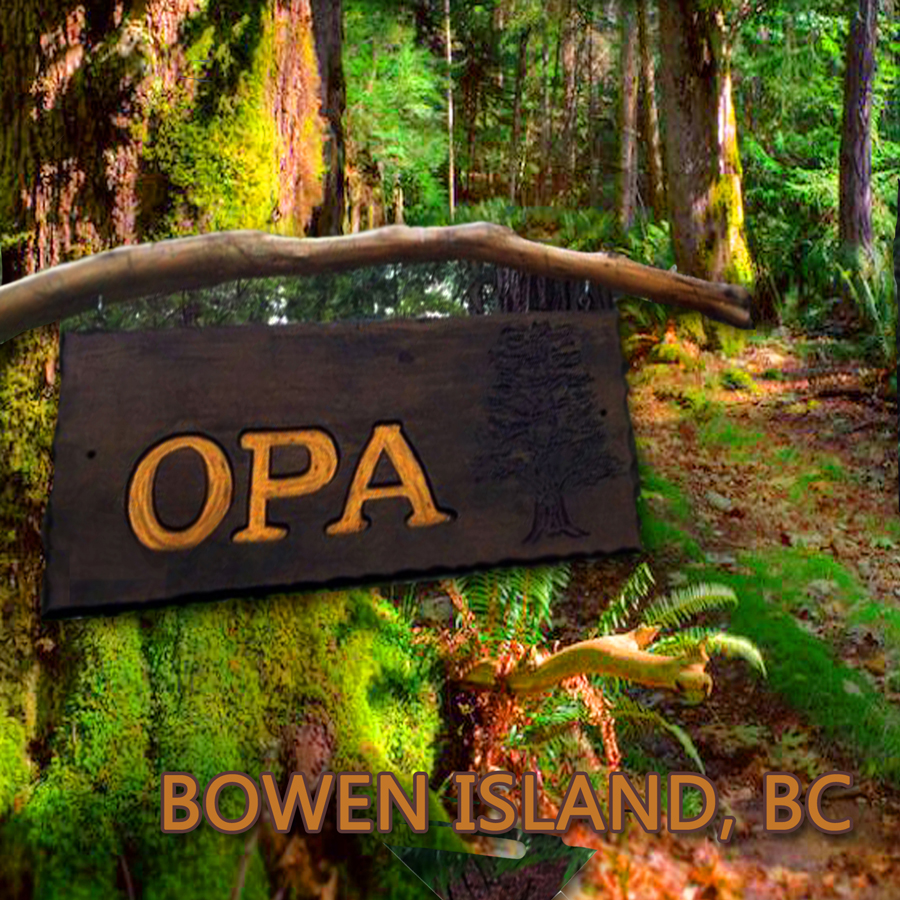 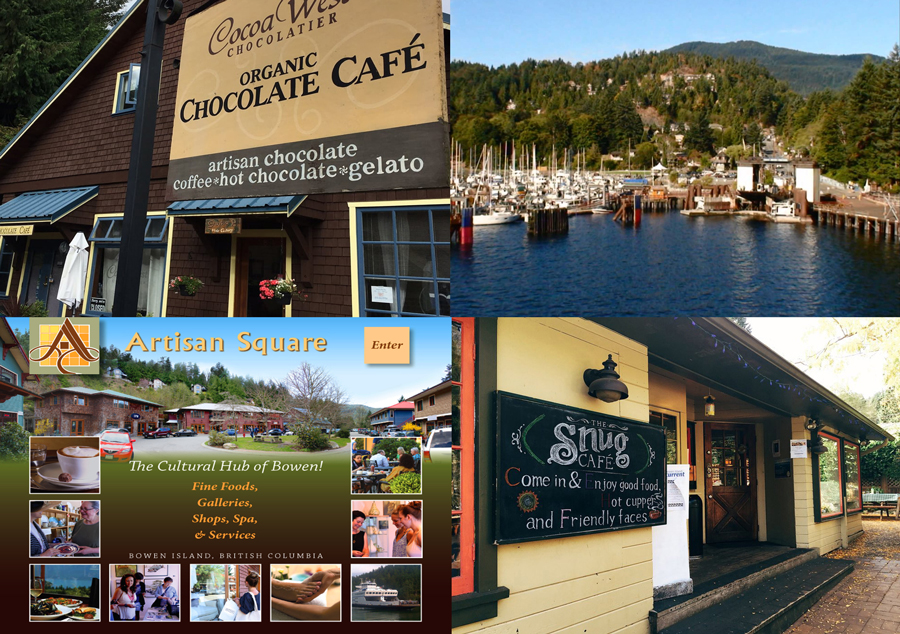 Our favourite shop in Artisan Square – Cocoa West Chocolatiers – and some scenes from Snug Cove. 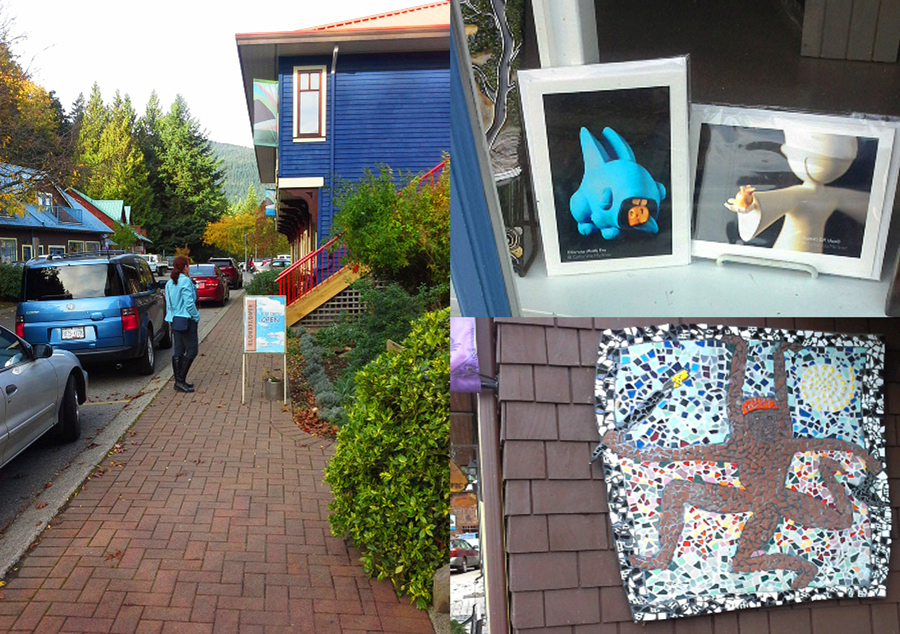 Alyssa in Artisan Square and my rabbit sighting in the Arts Pacific gallery. 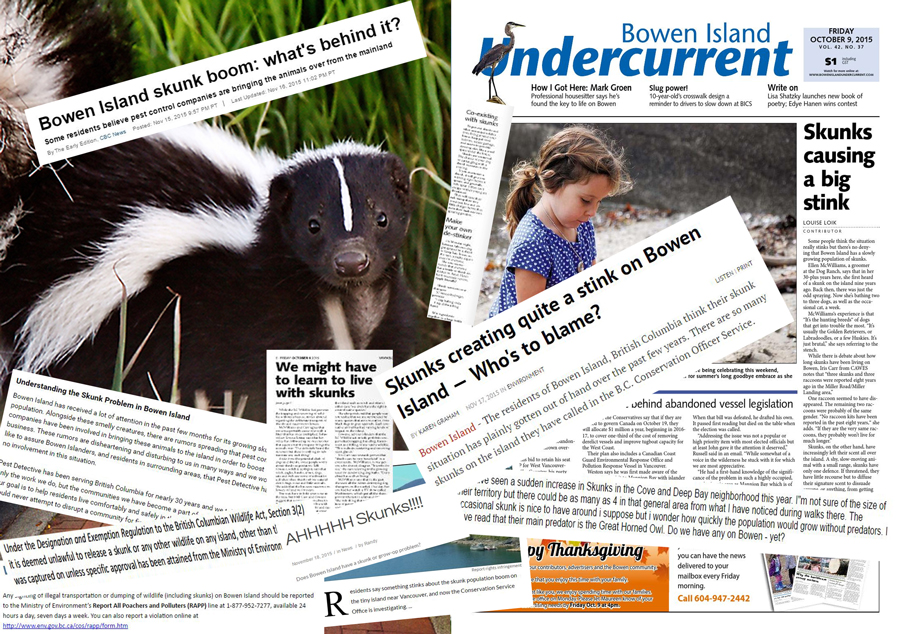 Skunks are big news on Bowen… but the only thing that stinks is we didn’t see one. 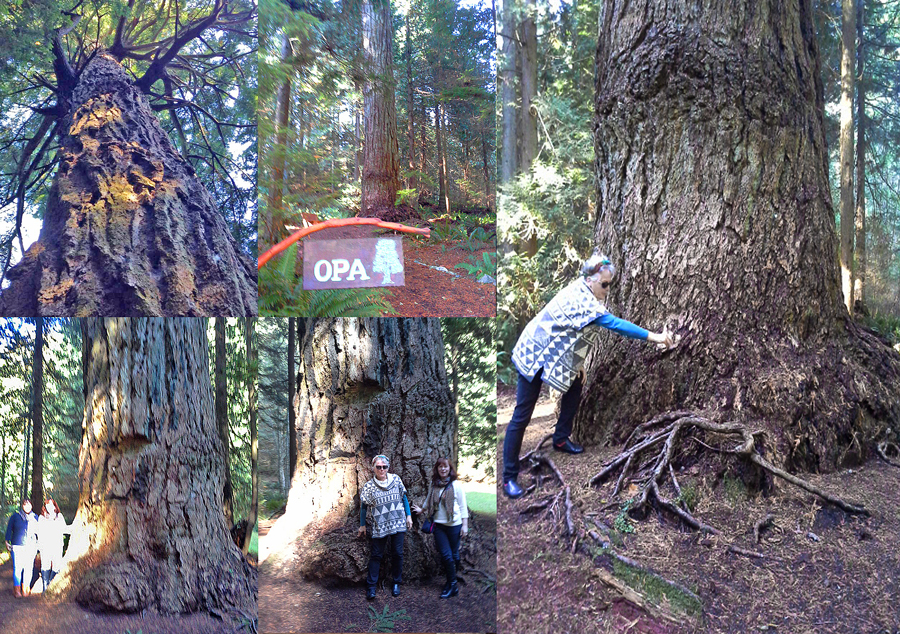 Opa and the ash scattering. 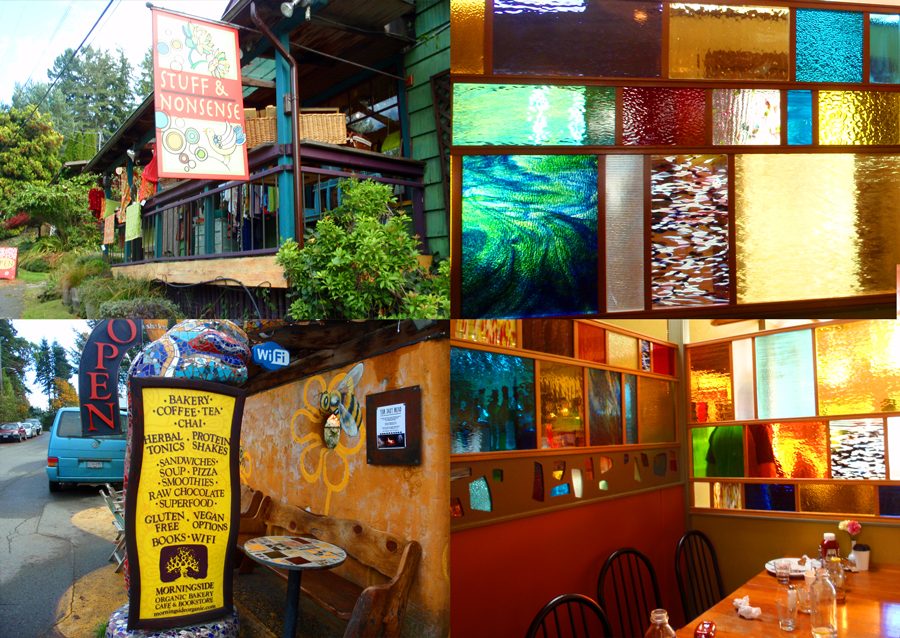 Some more of the colourful shops around Snug Cove. 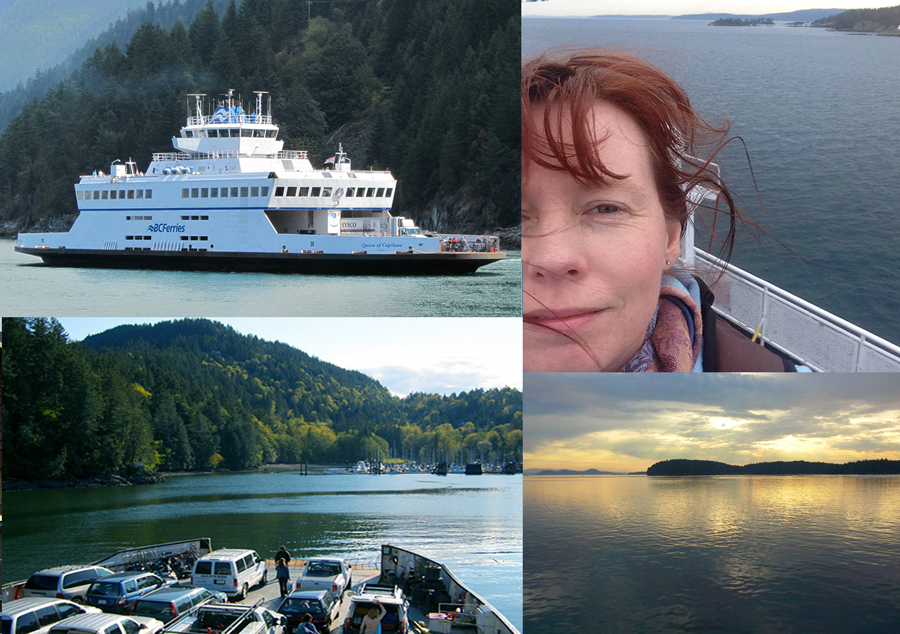 The BC Ferries got us to and between islands. 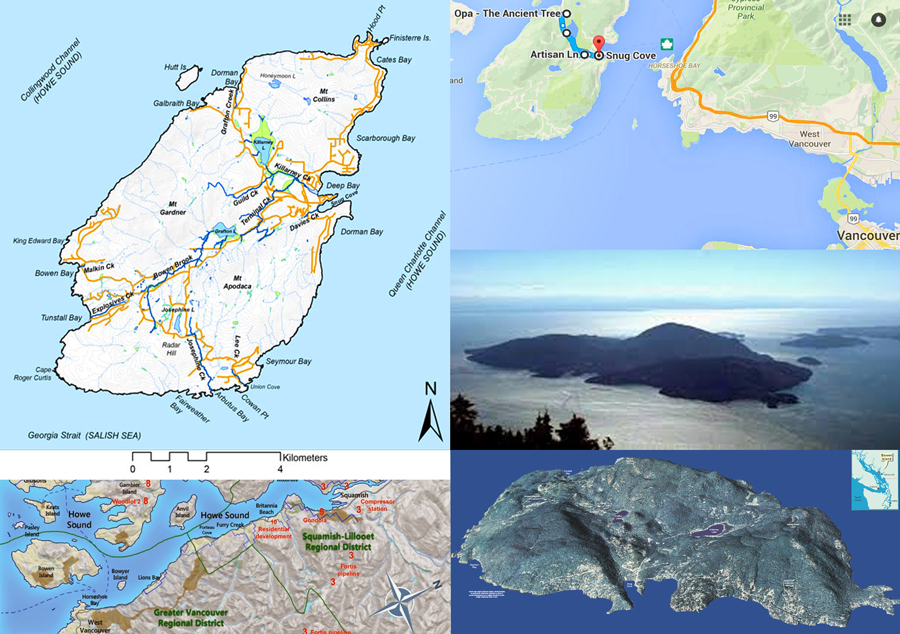