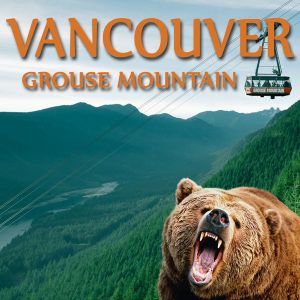 Brian liked going in with all the facts and didn’t get why I’d just wing it. To him it was simple: if there’s a manual, you read it; if there are instructions, you follow them; and if you don’t know something, you ask someone who does (except for directions – you never ask directions when driving). His attention to detail was about to be posthumously vindicated…

“You know that has clam juice in it, don’t you?”

I stopped mid-slurp. Clams are an abomination, right up there with prawns and oysters. As I protested that the giant Caesar cocktail tasted just like a Bloody Mary and I’m sure clams don’t even have juice anyway, Alyssa pointed smugly to the Clamato listed in the ingredients. We were at Edible Canada with her Aunty Karin after a day of Granville Island markets and until then I thought the kookiest thing about my big red drink was the slab of candied bacon reclining in it. Canadians seem to have this obsession with incorporating pig into everything but I’d recovered from that discovery, and as I drained the glass (well it was tasty) I knew that somewhere Brian – who would have done his research prior to ordering – snickered.

Apart from devious drink names Vancouver was proving a delightful city. From our very comfortable lodgings at Karin’s we were taken on a tour of the various neighbourhoods, complete with her sharp realtor’s-eye commentary. Besides the beautiful autumn colours and moderately cool climate it was an interesting time to visit – the day before was Canadian Thanksgiving and with only a week till the federal election, Trudeau was as popular as pumpkins. Karin was a great host, even shouting us a soothing pedicure where I overcame my aversion to people going near my feet and, in a nod to upcoming Halloween, opted for a demonic shade of violet toenail varnish.

In the distance Grouse Mountain was calling as a possible drop site so we took the Skyride to its peak to visit the sanctuary for endangered wildlife. For about half a second I toyed with climbing the famous Grouse Grind instead… it would be great training for hiking the Overland Track in six months’ time. But we’re talking 2,830 steps and a near vertical 2.9km versus vacation muscles, no proper hiking boots, sloth… and of course there were those freshly painted toenails to consider. To ruin them would be just ungrateful.

The scenery from our gondola was pretty spectacular even with heavy clouds misting out most of it, but we focused on the fir covered slopes below, trying to catch sight of Grouse’s resident grey timber wolf. Originally there were four of them, retired from the movie industry and rehomed at the sanctuary, but only Alpha remained. We didn’t see him but weren’t too disappointed ­ – we knew there was a much bigger and growlier species waiting at the top.

Coola, the larger of the sanctuary’s two grizzlies, lives up to his name and seems happy to just chill on a rock. His little buddy Grinder has real attitude though and strutted around aggressively with a salmon clamped in his teeth, playing to the crowd. Both of these orphaned boys could julienne you with one swipe but Grinder is the likely provocateur of any conflict. Ten years before, after the sanctuary decided on a single enclosure for its predatory wildlife, the experiment went awry when he’d asserted his 300kg and no-sharing policy and killed Delta the wolf in a dispute over a bone. I didn’t aim to piss him off and understood that throwing things into the pen was not allowed but assumed that wouldn’t include a few harmless ashes. Even so, we waited till the ranger was out of sight to sprinkle our boy into the stream from the bridge. Naturally we got caught but the bears weren’t bothered and a reproachful look was the only consequence of our crime.

With all that forest there would have to have been rabbits about, but like Alpha they were keeping a low profile so we didn’t see any. No matter – our self-directed ramble took us through hemlocks and firs where we caught sight of lots of small scuttley things and some grouse and hummingbirds and then the beautiful big brown eyes of a baby deer. He was peering out from the bushes where he was hiding with his mother and after oohing and aawing we shut up long enough to snap some pics before they abandoned the photo shoot and trotted off together. What a lovely moment that was… and, stretching the definition of rabbit sighting, you could say that being that close to Bambi gave us two degrees of separation to Thumper. 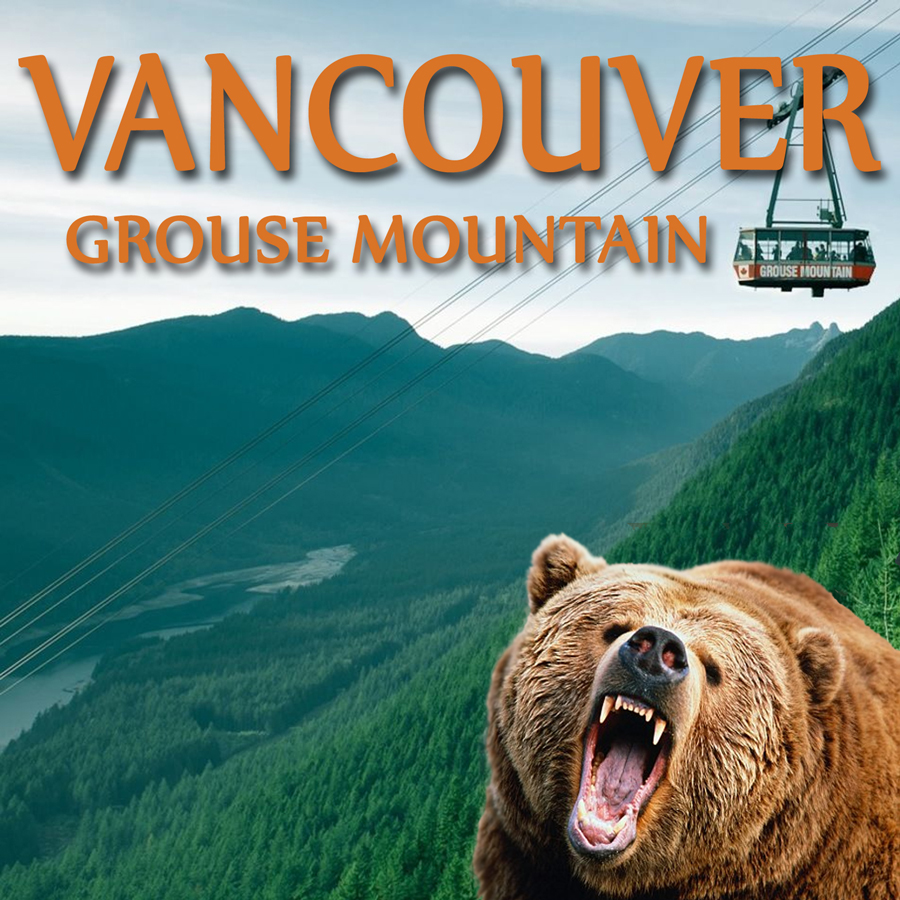 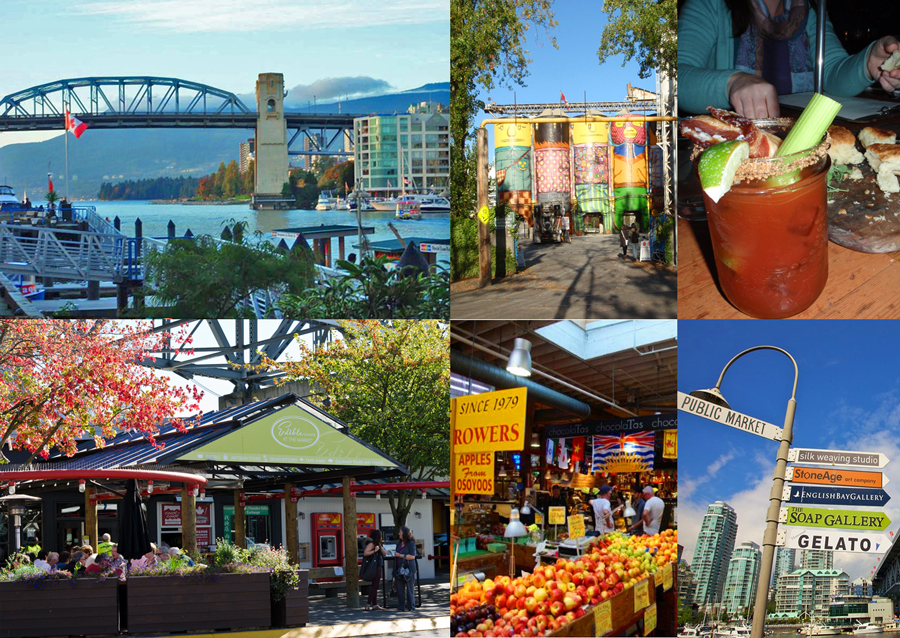 Around the Granville Island Markets… including the killer cocktail. 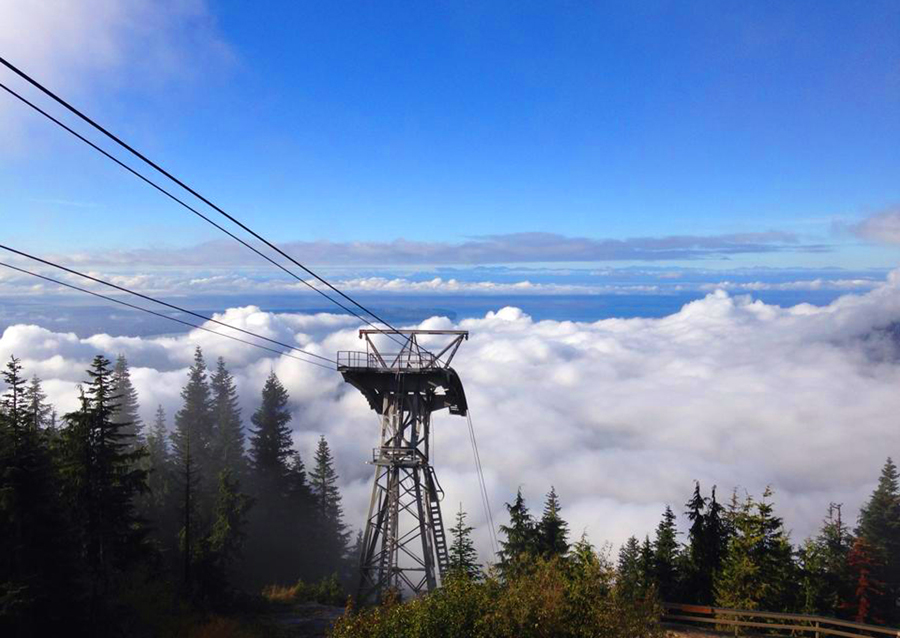 The view from the gondola as we ascended Grouse Mountain. 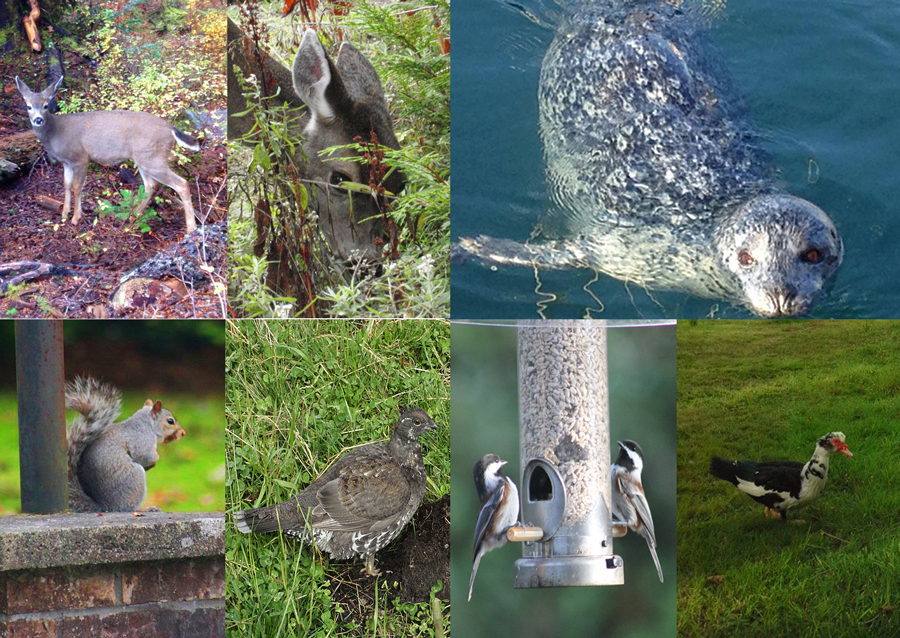 Some of the wildlife we saw… but only the deer and grouse were on the mountain. The seal, squirrel and chickadees were on Vancouver Island, and the Muscovy on Salt Spring Island. 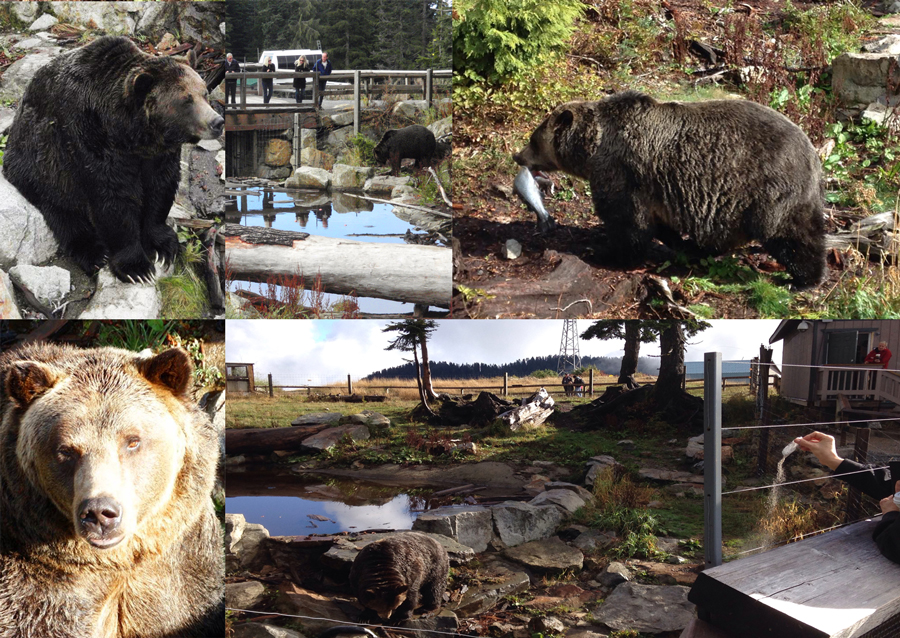 Coola and Grinder, the Mountain’s resident grizzlies, and sprinkling Brian from the bridge while the ranger looks on. 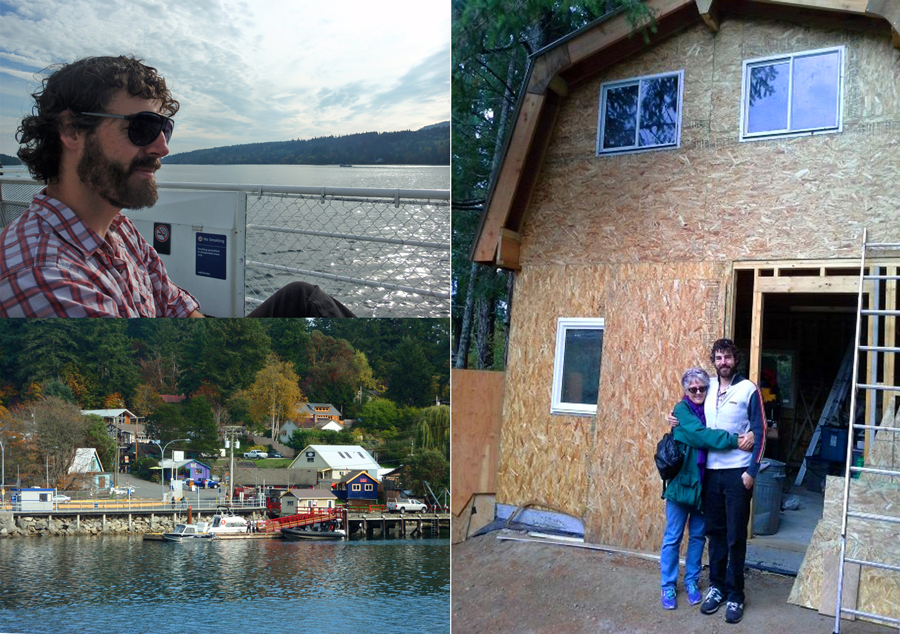 We caught up with my nephew Adrian, working as a WWOOFer on Salt Spring Island, where he was building a yoga studio for his hosts. 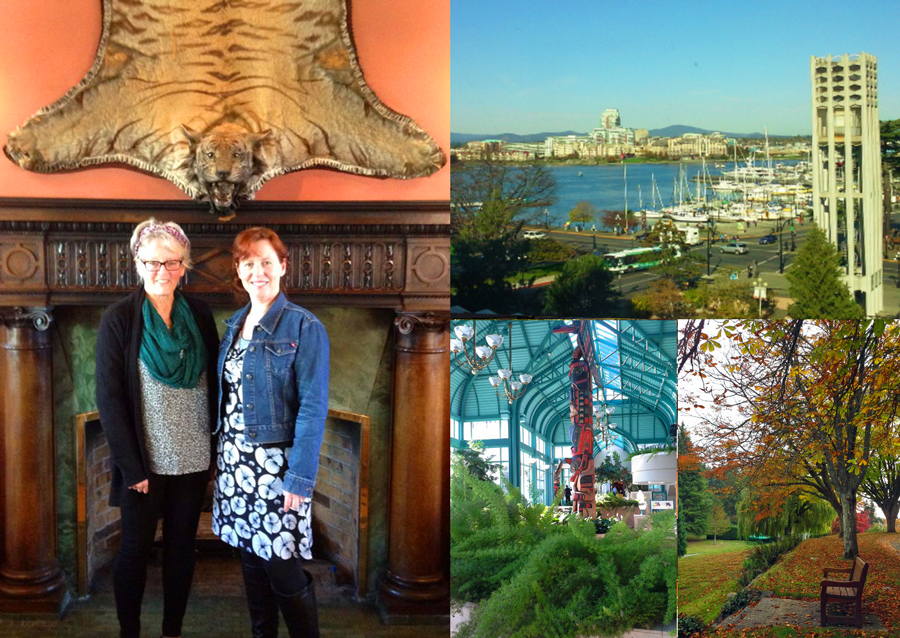