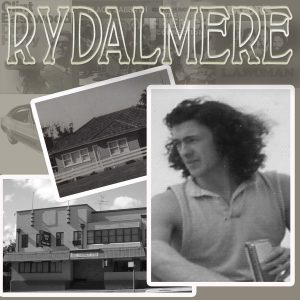 Brian was such a dearly loved in-law it was a given that some Bowdens would be there for some of the drops. Opportunity arose after the family’s 2014 ‘Christmas’ on March 1 (getting us all together annually is a challenge) when I was staying at my brother Dominic’s at South Turramurra with Dan. I hadn’t been back to Rydalmere since Brian and I took the younger boys on The Great Dad ’n’ Barby Reality Tour of 2002. Their interest level then was somewhere south of polite boredom and our you-had-to-be-there anecdotes did not help, but this time the history was relevant to the job we had to do. This time they were old enough for a beer with lunch. And unlike the Lismore drop, this time they were unlikely to see anybody they knew.

Cathy drove us – me, Dan, Sam and Ben – and as soon as the van door closed our inevitable road-trip lunacy took over. The closest we came to solemn was when the van braked suddenly to avoid turning a runaway pet rabbit into roadkill. Its appearance on a suburban street while we were on our way to deposit Brian convinced even us sceptics that he was sending a message. Not sure exactly what, but while the rabbit sighting at Oakes Oval was taken as coincidence, this one provoked Twilight Zone noises and we declared it official: a rabbit was to feature at every ash drop.

Rydalmere is no longer the suburb where we were raised. It’s got a ferry wharf, a university campus, a Maccas, and there’s an Aldi where we used to buy chip butties at the White Rose Milk Bar. The beer garden at the Family hotel (Inn my arse – it will always be Pub to us) has potted plants instead of the scraggly hedge where many a flanny-shirted brawler passed out. I could superimpose the old bar area on this one – even over the heresy of a bistro – and still see 18-year-old Brian with his dark curls and Lee Coopers nodding to scratchy jukebox versions of Black Night and Spirit in the Sky. Too cool to sit with his girlfriend, he would edge over every so often to grab a Twistie and ask if I wanted another Brandivino but mostly it was Puberty Blues without the surf, and the demarcation between males and females was clear.

Now, so were the memories… and that stale-carpet smell that’s so specific to pubs of a certain vintage, even when the floors are tiled. The boys played pool while Cathy and I scoped out the lunch menu.

“Closed. Try the bowlo.” A bloke in a blue singlet raised his beer and asked if we were locals. We got to talking about the old days at the Family and exchanged an honour roll of legendary drinkers from 45 years ago. A toneless “Dead” was the update on a couple of names, and his impressive memory didn’t include Brian, but he did remember our brother-in-law and Brian’s best mate, Kev. A phone call to Kev confirmed their association: “Tell that bastard he still owes me ten bucks.”

We dropped some ashes into a glossy shrub and ambled across to the shops and playground where Brian and I used to share our potato scallops while we “pashed” (and yes, the boys did gag at that disclosure). Our park memories were even older than that – as kids we’d sustained a raft of character-building head and limb injuries from the rickety equipment and were disgusted now at the soft-fall surfaces and rounded edges and total absence of anything that could maim or kill you. We sprinkled him under a gum tree and then into a pot plant outside the barber’s – the only original shop left in the strip – and drove the two minutes to our old home in Hillman Avenue. Dominic had joined us by now and the idiocy hit a new high.

Predictably Cath and I got the giggles and tried to hold our bladders against a catalogue of remember-whens as I sprinkled the remaining ashes under the street light, scene of Brian’s and my first kiss in 1970. The house hadn’t really changed but we marvelled at how small everything seemed compared to what we remembered (we marvelled a lot more when we found out that a month after our visit that same little pile of fibro sold for $1,000,060!). How did Mum and Dad manage to bring up six kids in that space without losing their minds? Life was loud and mealtimes were like a pack of ravenous jackals on the Serengeti fighting over a single wildebeest, but chaotic or not, Brian loved our home and our family and especially a mother so unlike his own. His admiration was fully reciprocated – when we reunited after our 28-year separation Mum said it was like he’d never been away from the table. A different table in a different dining room, and this meal was much more civilised, but even after all that time his place in the family was a natural fit. 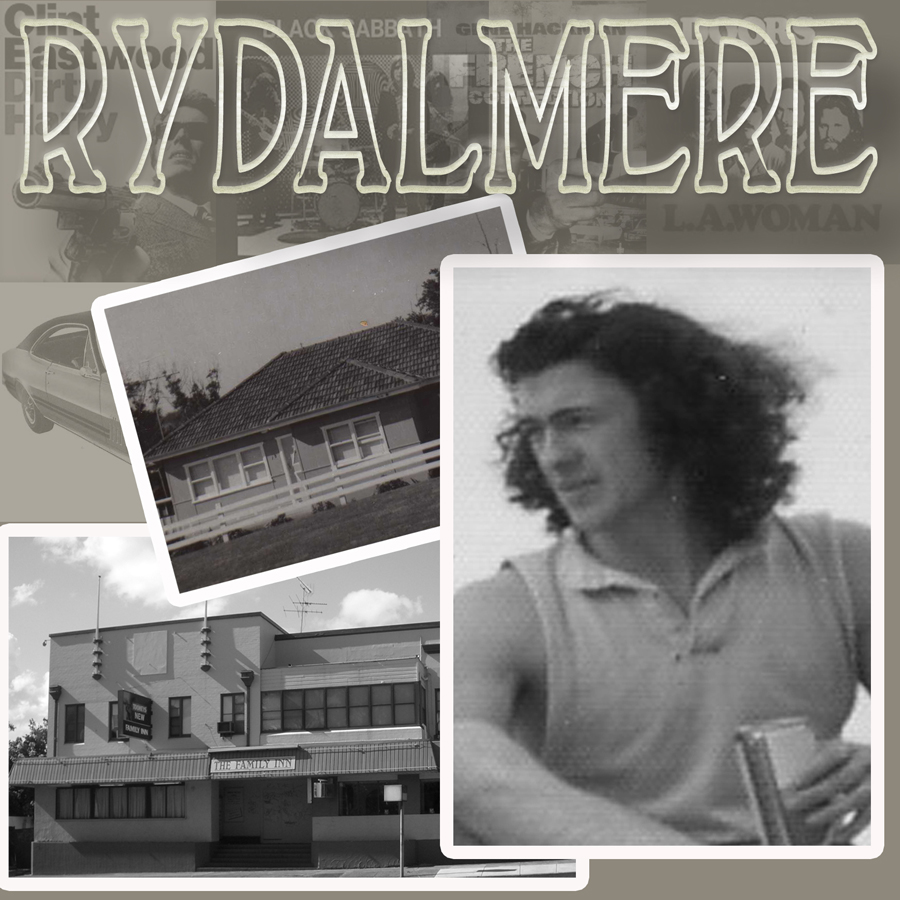 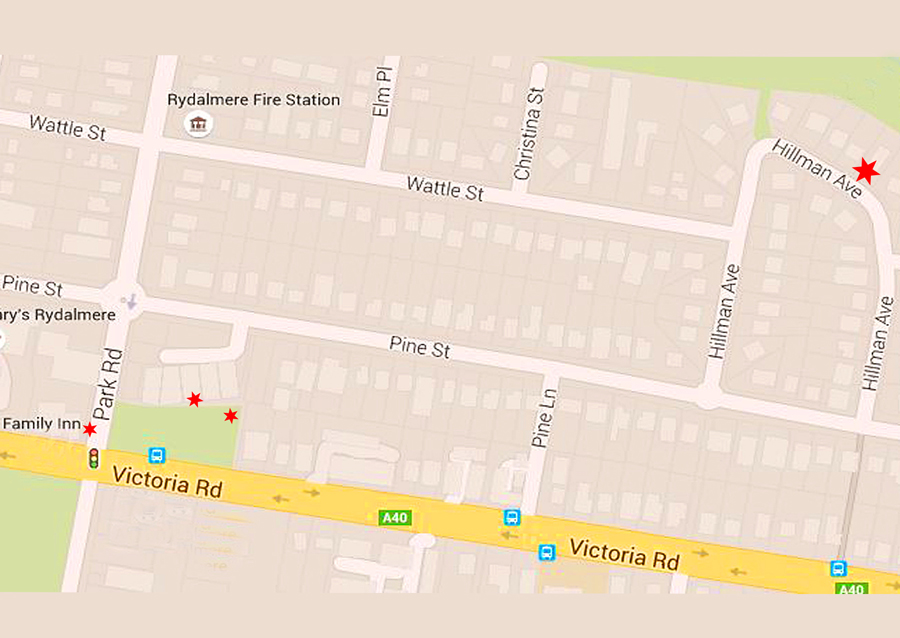 The four locations in Rydalmere where we sprinkled Brian: the Family hotel, the barber shop, the playground and outside our old home in Hillman Avenue. 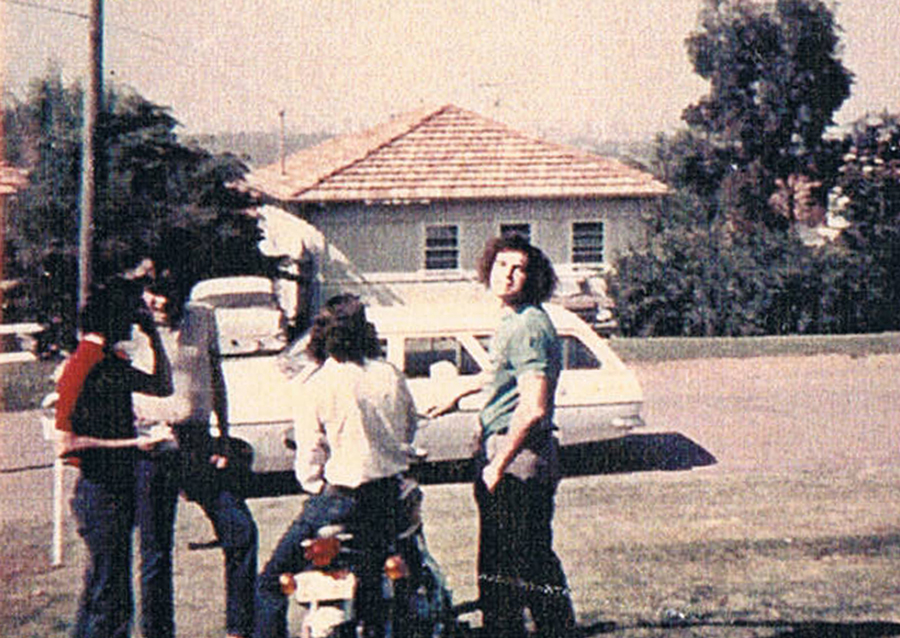 Brian (on bike) and his Gammell Street buddies, with our brother-in-law Kev on the right. Few people had cameras in that era so photos are scarce, and there’s none of the two of us together. 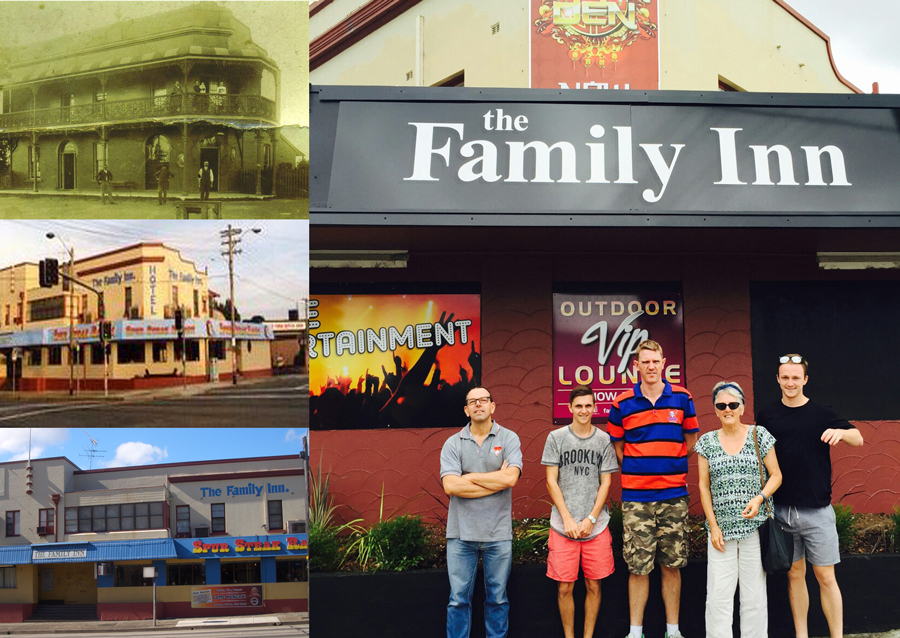 Dominic, Ben, Dan, me and Sam outside the old pub, which has a long history. 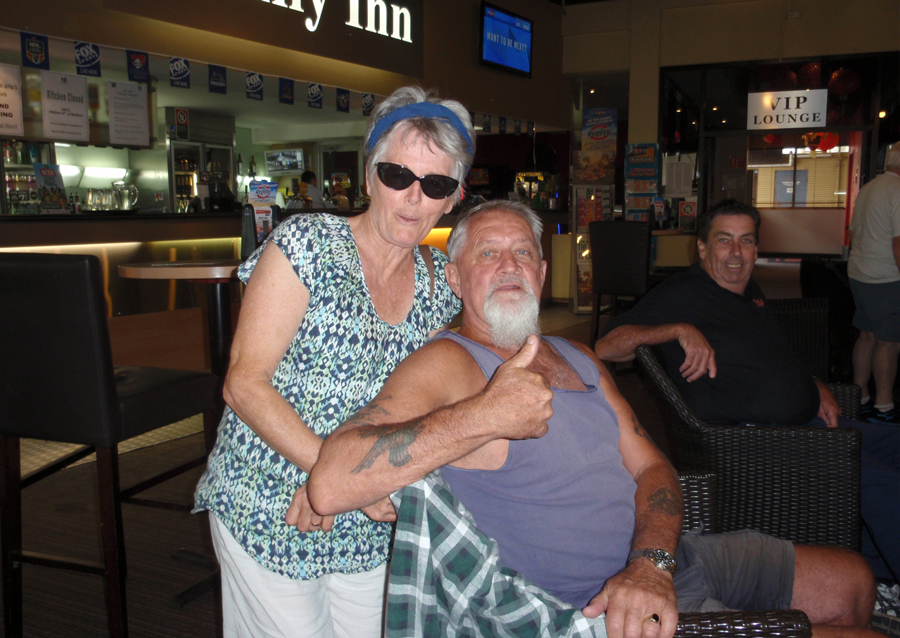 It was a buzz to meet Kenny Walker, still holding his regular spot in the bar after 45 years. 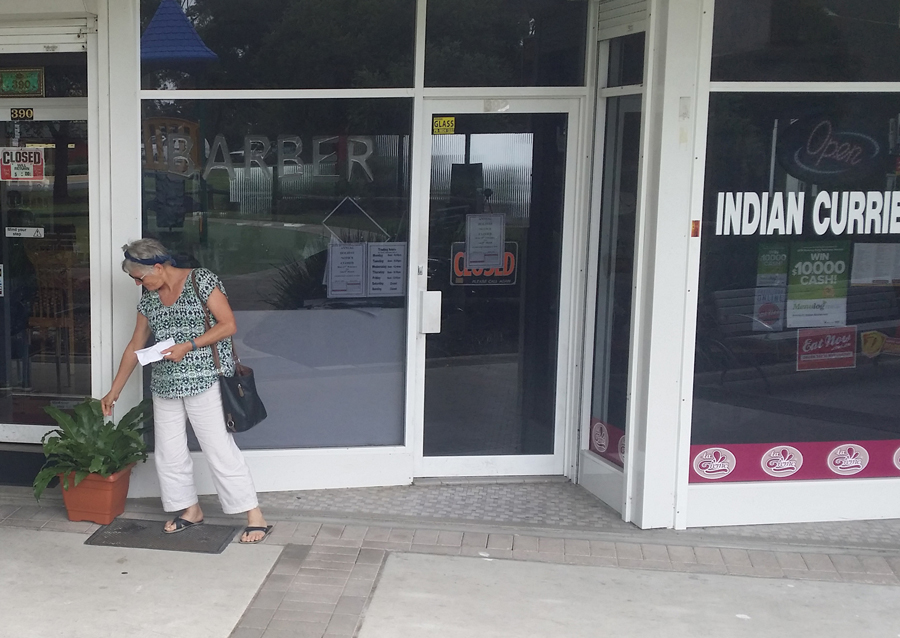 Looking through the window of the old barber shop confirmed that the chairs and decor (and most likely the magazines) have never been updated. 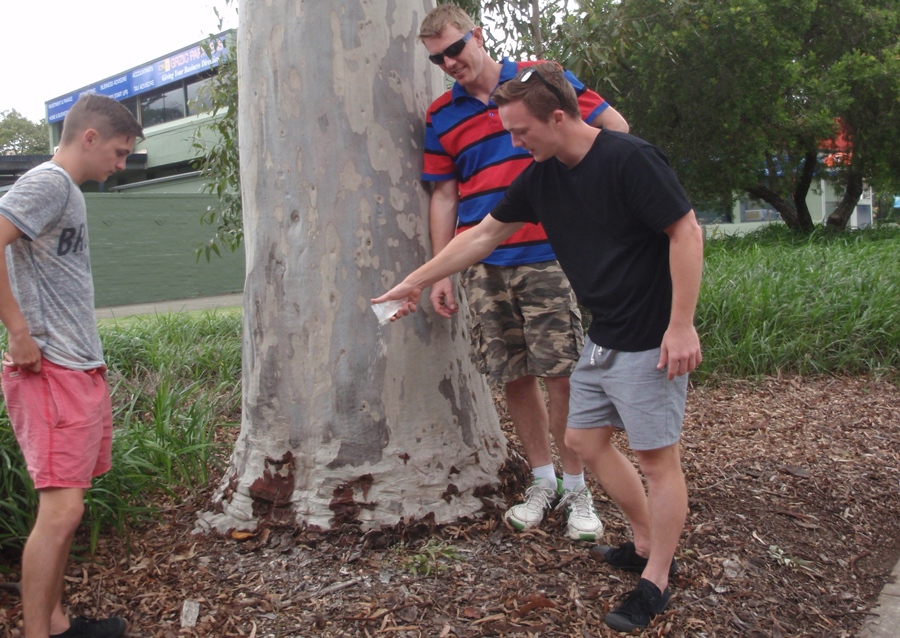 With none of the old playground equipment remaining, the boys leave some of their dad under a tree. 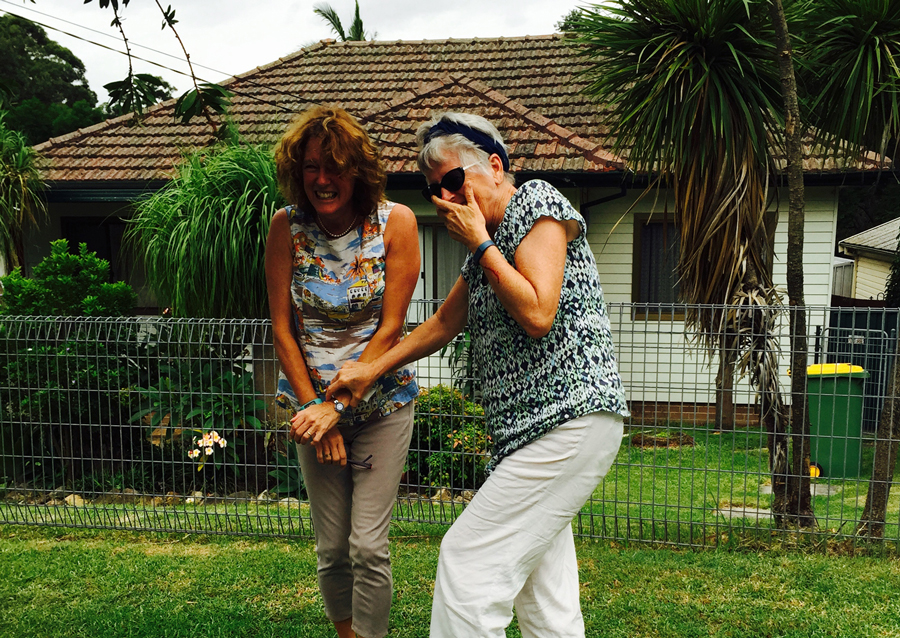 Trying to hold it together in front of our old home in Hillman Avenue. The window behind us is the one Judy and I would sneak out of on our way to meet Brian and Kev.