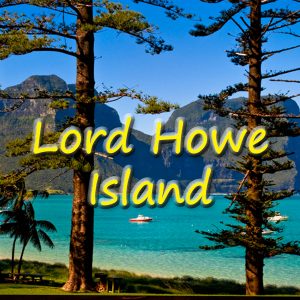 The images of this amazing place tell its story much better than words. Lord Howe, a heritage listed paradise with a marine park, is the world’s southernmost true coral reef and never getting to experience it was one of Brian’s real regrets. It’s not cheap to visit and we could not have afforded it when he was strong enough to make the most of its walks and climbs. Food is especially pricey but as there are no border issues we carried in as much as we could… and of course being there on my daddy’s dollar didn’t hurt either.

The locals are understandably protective of its pristine environment and go to great lengths to conserve the delicate habitats of the island’s unique wildlife. Visitors generally respect this and adhere to the restrictions. I could certainly appreciate the rewards of such vigilance… but it didn’t stop me committing environmental vandalism. My crime was inadvertent and it wasn’t like I clubbed a baby seal or anything, but tell that to the Chamaesyce psammogeton I sent one step closer to extinction.

First I did everything right. Though tempted, I didn’t torment the flightless woodhens or pick pretty plants when I strolled through the forests with Mum and Dad. They had been to the island many years before and age had not diluted their enthusiasm – with walking sticks and puffing they could still rock those smaller hills and tracks. After our morning walks Dad would settle with a cuppa and yesterday’s paper and Mum with a Jodi Picoult, and I’d take off on my own to tackle something more arduous. Predictably my sense of direction had me lost a few times… which is quite an achievement on such a little island.

I’d wanted to take on Mount Gower and leave some of Brian as close to the top of its 875 metres as possible but it’s a Grade 10 eight-hour return track and walkers must go with a licensed guide. The only one on the island at the time was taking a group up as we arrived and would not take another till the day we left, and even my but-I-promised-him-on-his-deathbed hooey didn’t crack any sympathy. (The islanders are friendly enough but you get the impression they tolerate rather than enjoy tourists.) Thwarted, I explored some of the lesser inclines but eventually gave up on the idea of a hill and settled on Blinky’s Beach, a gloriously deserted stretch of sand with caves and cliffs and some very accommodating crab holes. The day before, we’d sent our boy to sleep with the fishes in the crystal lagoon off the Settlement Point jetty, and a cosy crustacean den on this side of the island would perfectly complement that location. Rabbit (aka Blackburn) Island served as the bunny sighting for both.

Behind Blinky’s were dunes leading to the air strip where a little Dash 8 landed each afternoon with parcels, passengers and – more importantly – Dad’s paper. A break in the bunting that encased the regenerating dune flora enabled me to walk over a slight rise and down to the fence, where I could squeeze through.

“You’re not supposed to be there – it’s off-limits.”

Two female hikers on the other side pointed to the signs. I knew about the dune restoration program and assured them I hadn’t stepped on anything but the sand. I reached for the wire when one warned, “It’s electrified.”

Visions of being incinerated had me scooting backwards then tiptoeing sideways to what looked like a gap in the fence. I tried to avoid the young plants that would grow to stabilise the dunes but with no traction in the sloping sand I kept sliding down towards the wire. As kids we’d visited an uncle’s property where Judy convinced me its electric fence only zapped cows. Clueless, I believed the little sadist and the throbbing pain when it touched my leg felt like I’d been kicked by a cranky camel. Now I imagined falling against this voltage and, unable to get away on the slippery ground, being pummeled by not one but a herd of them. The break in the fence turned out to be just a figment so I just had to keep going, stumbling and crawling and destroying and apologising. Finally scrambling through the wooden barrier at the end of the dune I looked back – and cringed. Godzilla caused less destruction when he levelled Tokyo but there was nothing I could do… well I could have confessed to the very amiable cop and offered to make amends, but in a place where it’s against the law to drive over 27kph I’d probably end up doing time.

Better if I just try to live a good life, be kind to all, and stay out of nature’s way. 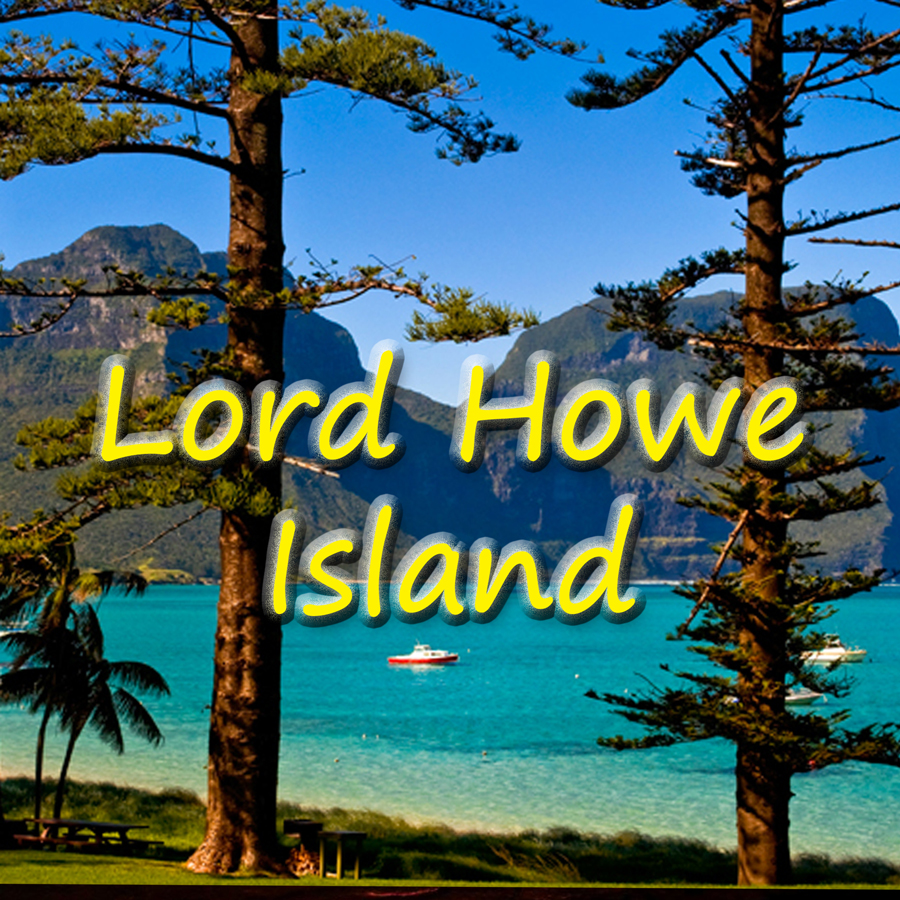 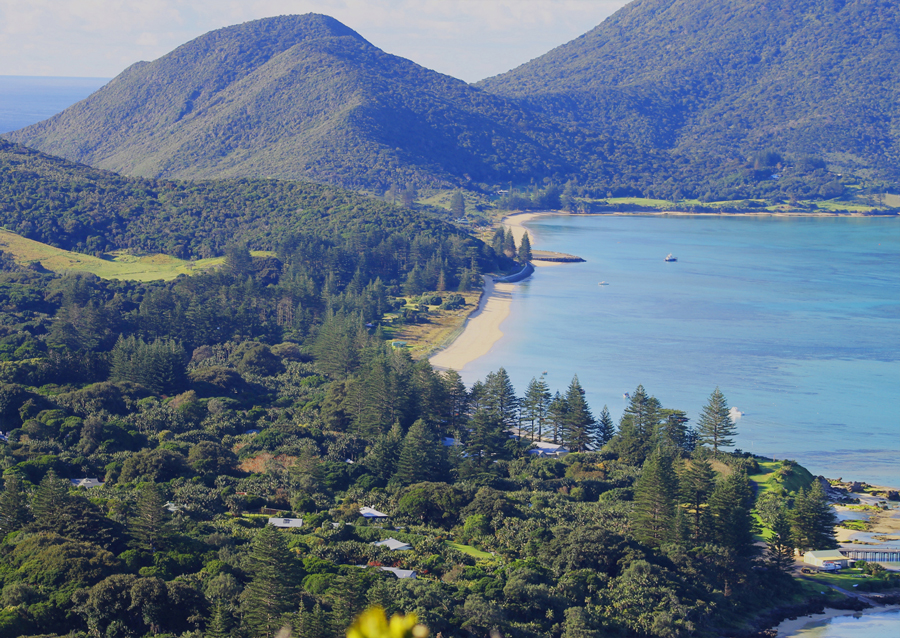 View of the island from Malabar looking south to Mt Gower and Mt Lidgbird. 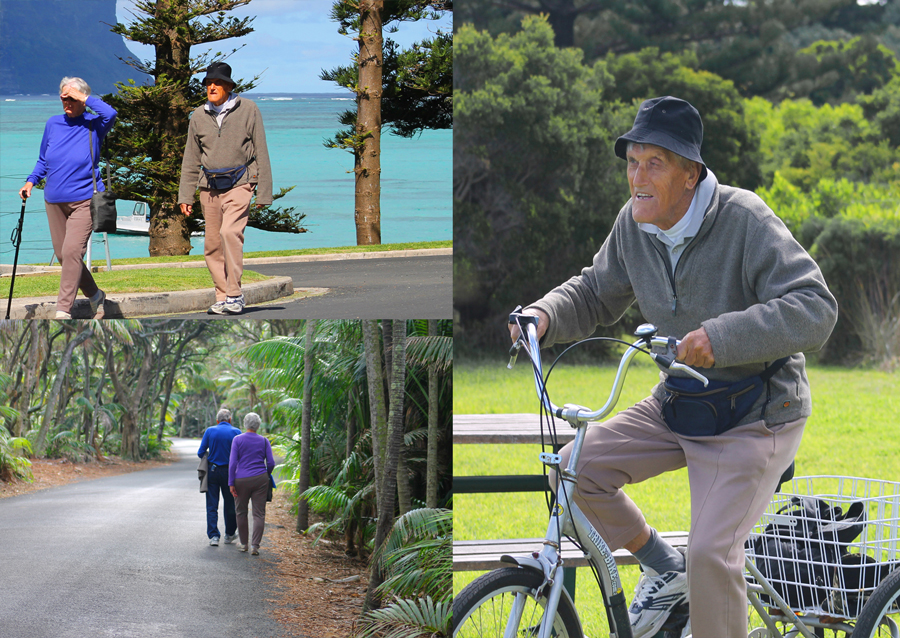 Mum and Dad getting their groove on hiking and trying out the hire tricycle... 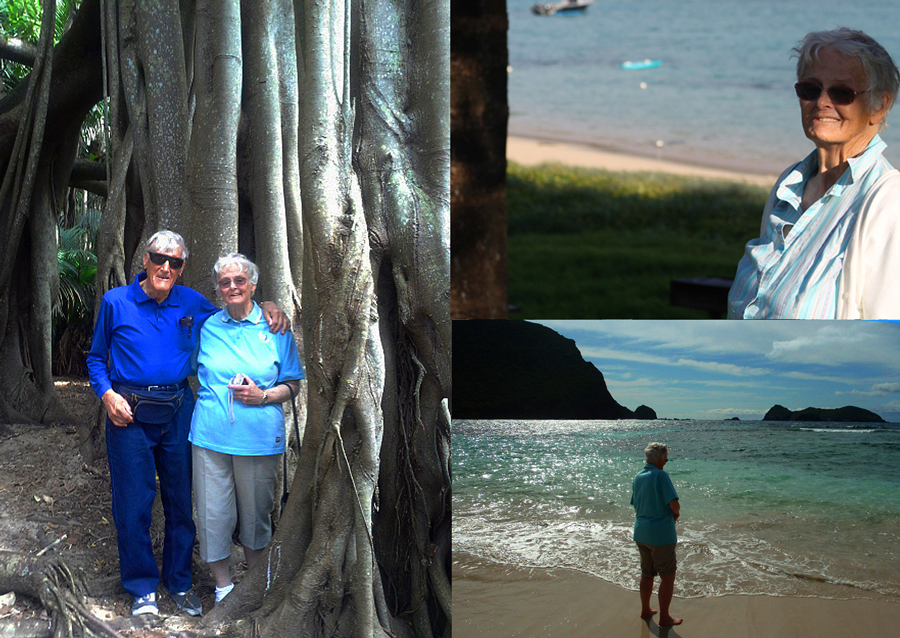 ...exploring the forests and feeding fish at Ned’s Beach. 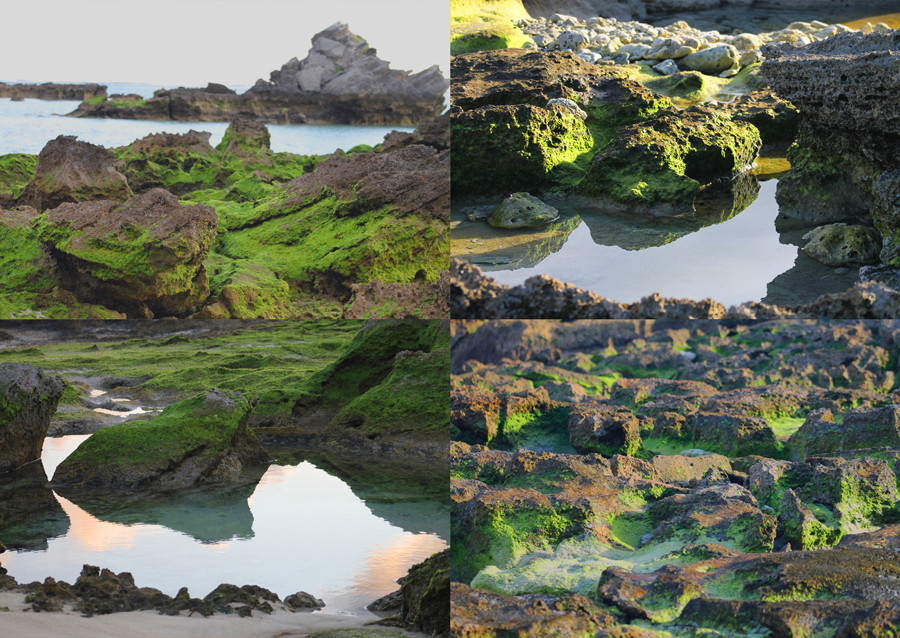 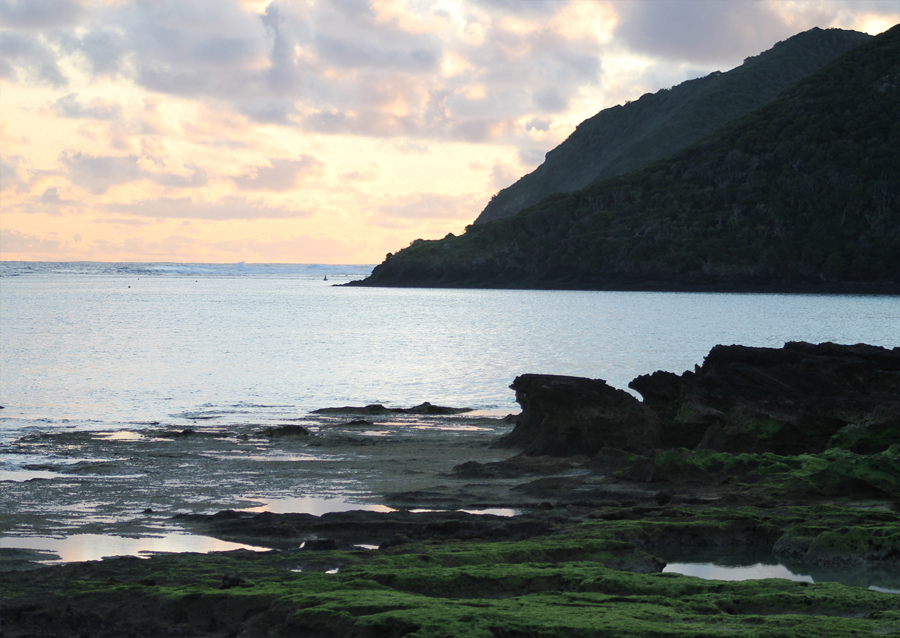 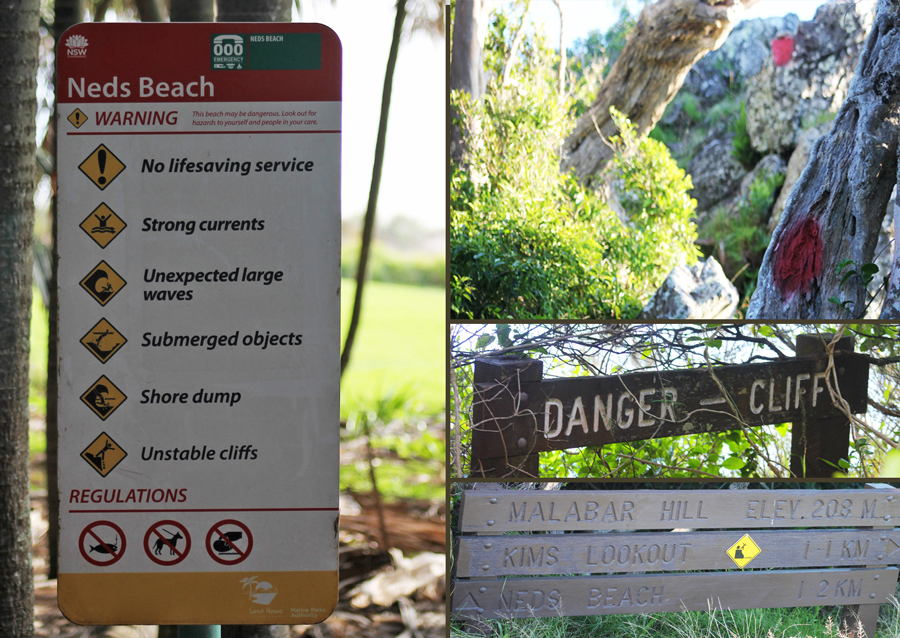 Signposting is kept to a minimum – and for warnings like ‘Keep off Dunes’, she says sheepishly – with walking tracks indicated by occasional red markings on trees and rocks. 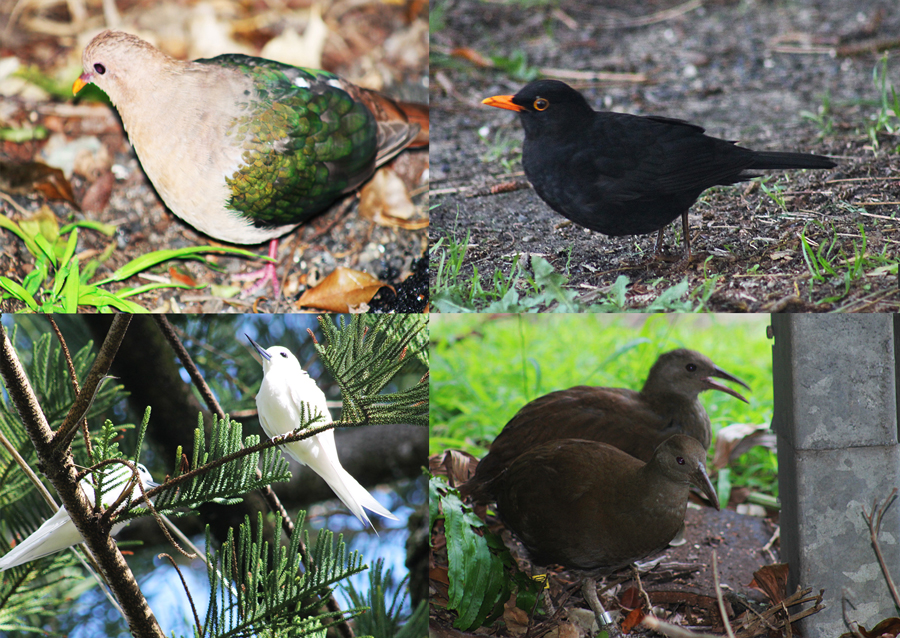 The bird life on Lord Howe includes Emerald Doves, White Terns, currawongs and the native brown Woodhens. At another time of year we would have seen many more species. 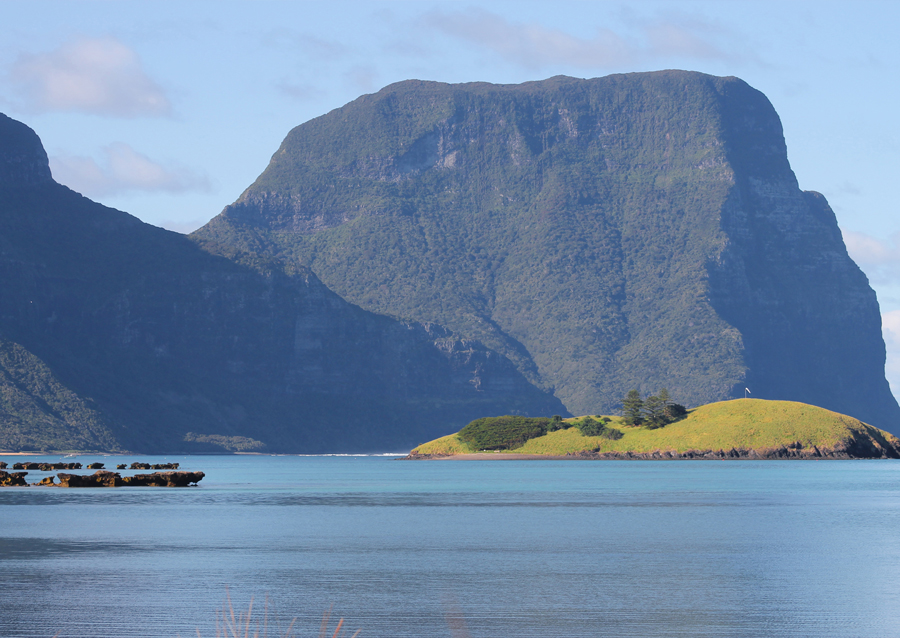 The peaceful lagoon with Mt Gower in the background and Blackburn (Rabbit) Island. 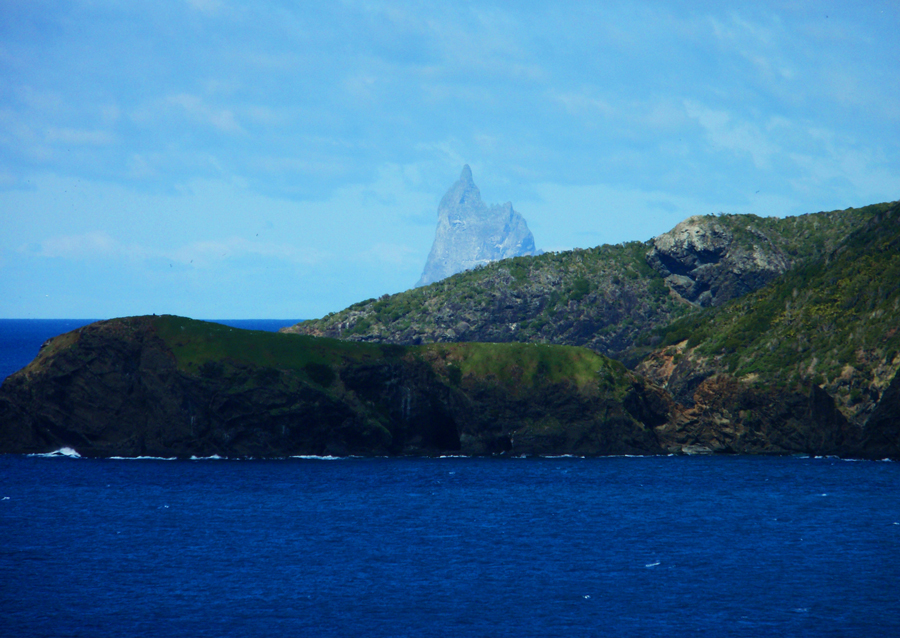 The ghostly Ball’s Pyramid, 20km southeast of the island, is a remnant of a shield volcano and caldera that formed over six million years ago. 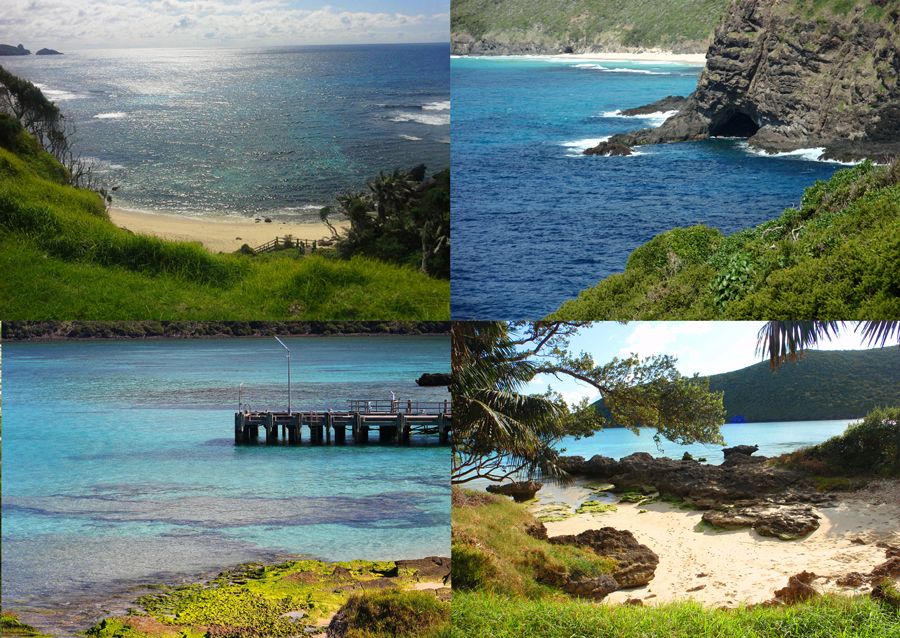 Around the beautiful coast of Lord Howe. 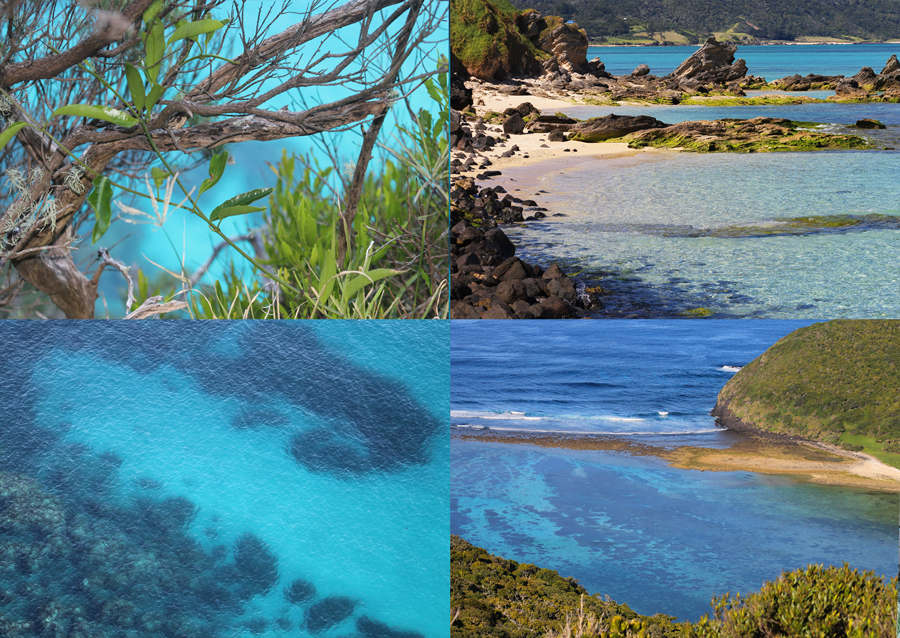 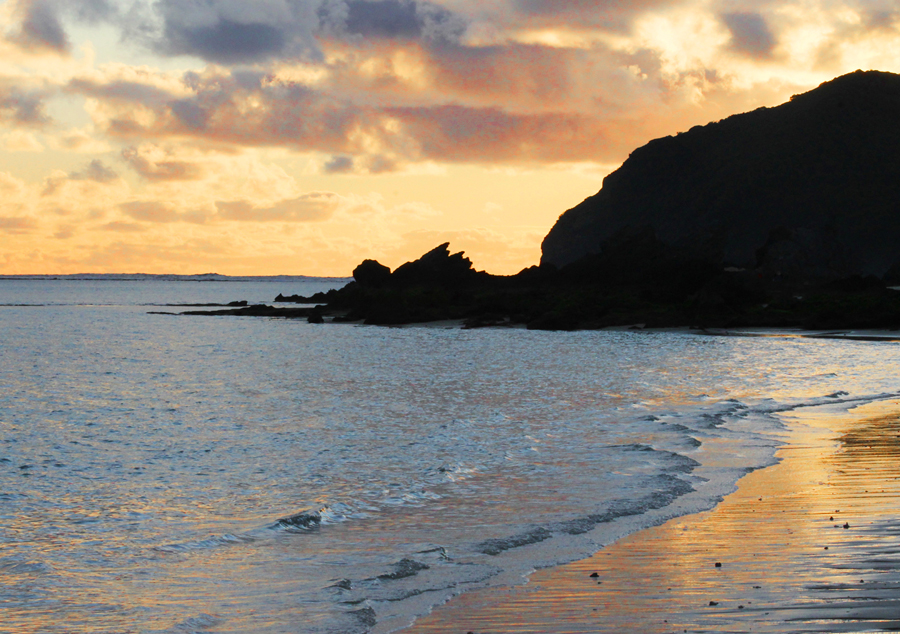 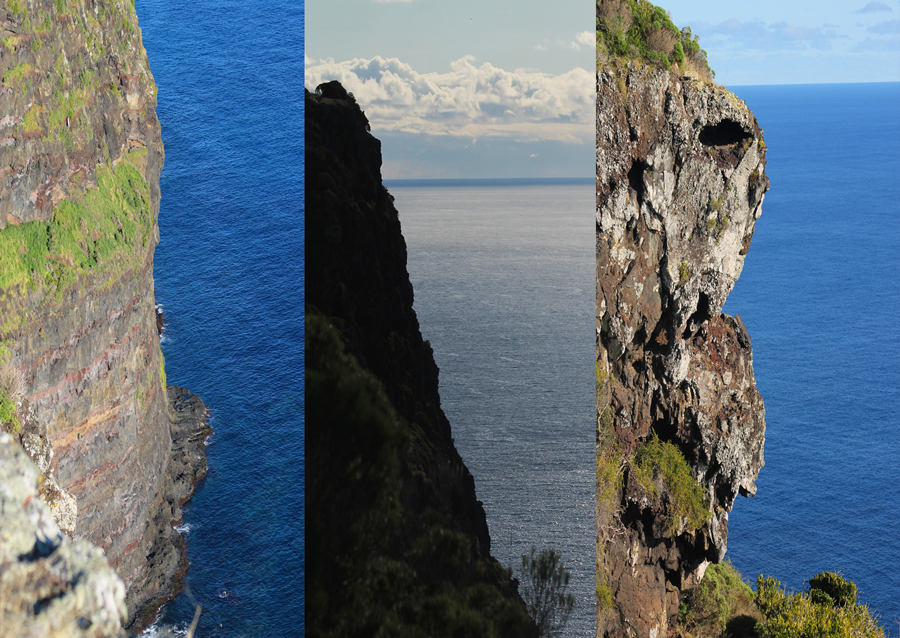 Some walking trails are edged by treacherous sea cliffs and drops. 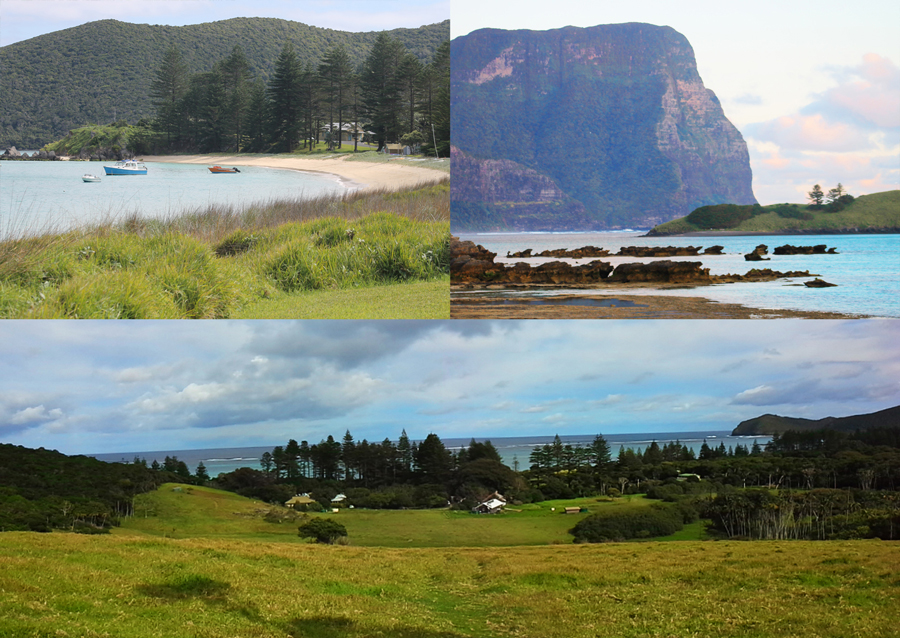 Some of the gentler treks around Transit Hill and Lagoon Beach. 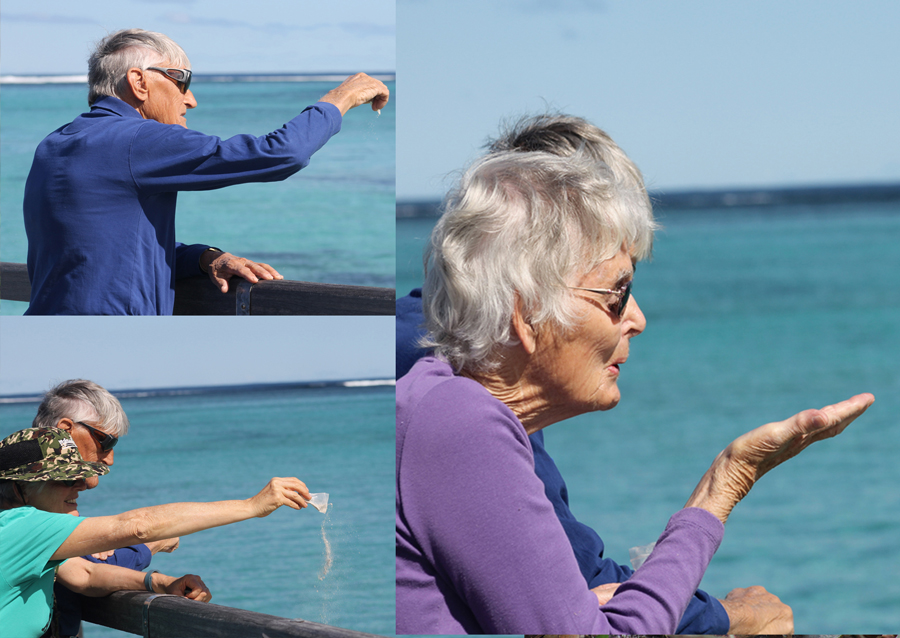 Scattering Brian off the lagoon jetty into Hunter Bay... 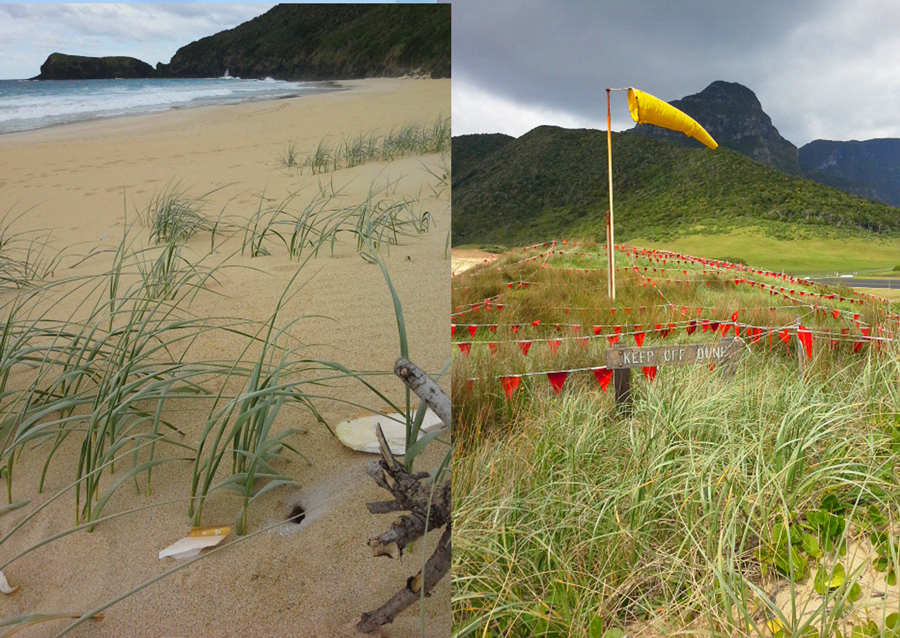 ...and into a crab hole on Blinky's. The dunes where I caused a spot of havoc.