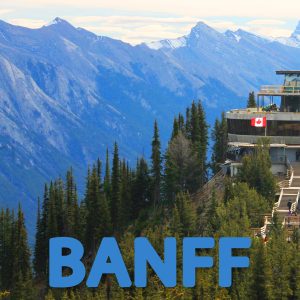 Who doesn’t love a Canuck? Brian did and I do but only he had been to see them on their home turf, when he travelled to Montreal for the 1976 Olympic Games and to British Columbia in the early ’80s. Even though he knew he’d never get back there to live out his fantasy of hitting the slopes around Banff and Lake Louise, he hung onto his quietly crumbling ski boots and balaclava “just in case”.

The Canadians we knew – Ginette (mother of Ward, the hot young DJ in the Darwin blog) and Alyssa, my best bud from uni – were among his favourite people. Alyssa was happily on board for an ash scattering and the trip doubled as a visit to Vancouver Island to see her dad. Ralph and Carole’s home in North Saanich was a comfortable base for our holiday and from there we flew to Calgary then bussed up to Banff. BC had been beautiful enough but in this part of the Rockies things got seriously scenic.

We’d flown with Korean Air from Sydney via Seoul and it seemed a good chunk of South Korea had followed us over… and was also booked into the Caribou Lodge, where they raucously started their days from 5:30am in the hallway just outside our room. We had no complaints about our lodgings though and you had to admire their dedication to theme – nothing so crass as taxidermied reindeer but our suite had antler shaped everything, random caribous on the wallpaper and bedding and a wooden buck’s head mounted over the toilet.

Banff offers lots of activities but we confined our energies to prowling the town, assisted by our complimentary hop-on-hop-off bus vouchers. As stunningly different as the landscape was from anything I’d seen in Australia there was also something homey and familiar about the place. My repetitive “I reckon I could live here” probably wore thin before we left the country and of course I’d never been through an Alberta winter, but I really did fall in love with it all… and anyway there’s nothing so cold a whiskey and a fireplace can’t fix. It was fresh but not freezing and as long as the specialty tea shops, cafés, museums and art galleries kept dragging us in off the streets we didn’t feel the chill. The towering Sulphur Mountain looked a little nippier but was the obvious choice for this very significant drop.

October 10 wasn’t only our 14th wedding anniversary but also Alyssa’s 42nd birthday and the perfect date to take the gondola up there and do the deed. At 2,451 metres Sulphur will – unless I eventually do get to Bhutan and Quito – be Brian’s highest resting place. The ridge along the summit has views up and down the Bow Valley, and from the boardwalk along the north side to the top of Sanson’s Peak you are treated to a panorama of six mountain ranges. Our boy might not be on the top of the world there but it sure felt like it.

The walk to the Peak and back was not rigorous but fired up my renowned appetite. With lunch, taking photos, spotting chipmunks, poking round the gift shop and… let’s just say I’m all about distraction and by the time we were halfway back down the mountain I still hadn’t remembered our mission. Fortunately Alyssa stayed on point but as we hastily sprinkled Brian from the capsule’s window we discovered damp air is not conducive to a good scatter. Instead of whirling blissfully out over the firs below the man just clumped in stubborn blobs against the paintwork. He obviously wanted to keep riding the gondola and would do so until rain or gravity swept him off.

Alyssa had given me a little ceramic rabbit for the bunny sighting but as it was highly likely somewhere else in the province would inspire another drop (we would be travelling for two days back to Vancouver on the ‘Moose Bus’) I kept it and some ashes in reserve. Banff town planners to the rescue – they had gone all wildlife with names and among the Muskrats, Wolverines, Squirrels and Beavers, naturally there was a Rabbit Street.

We made some great memories in Banff… eating and cocktailing, soaking in the outdoor hot springs (after overcoming the yew factor of rented cozzies), earnest scarf shopping, and that Robert de Niro moment in a cinema where I was reminded of just how feisty a redhead – even one as rarely ruffled as AJ – can get when bogans ignore her shushing. Peacemaker Brian would have called it Canadian spirit, and loved her even more. 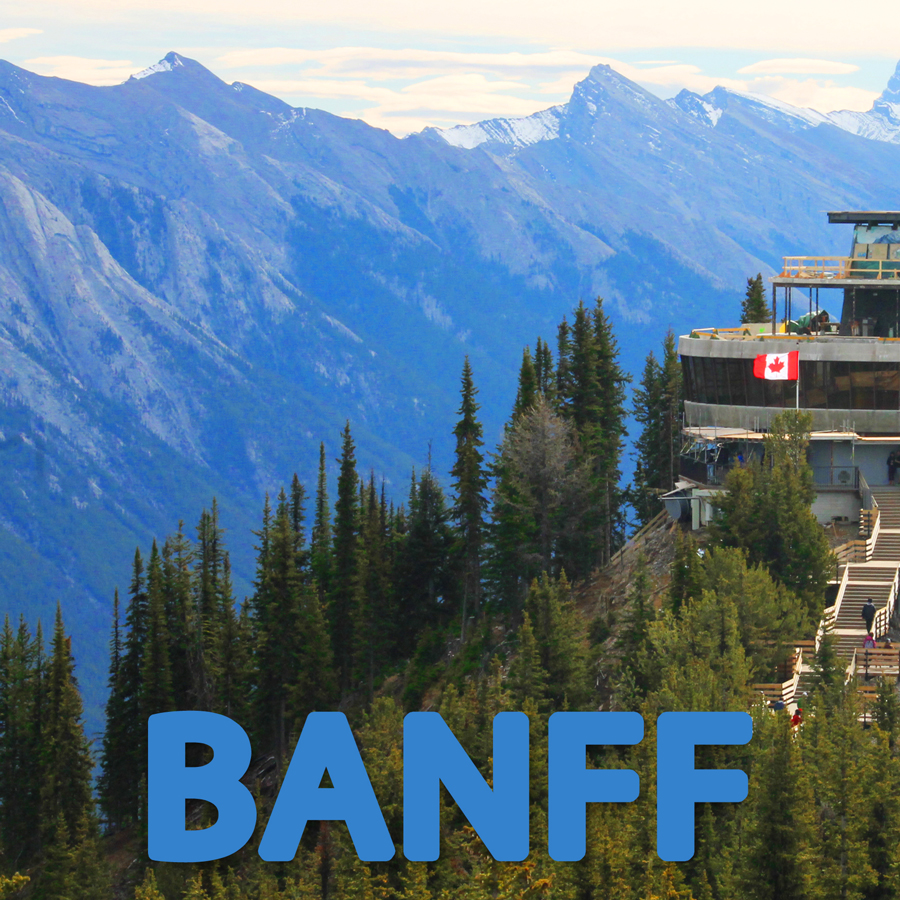 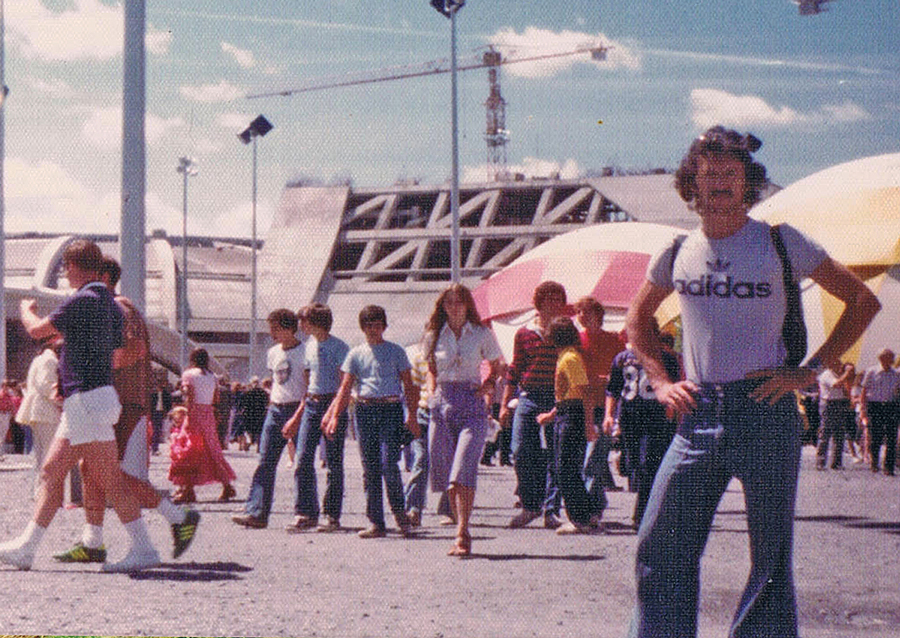 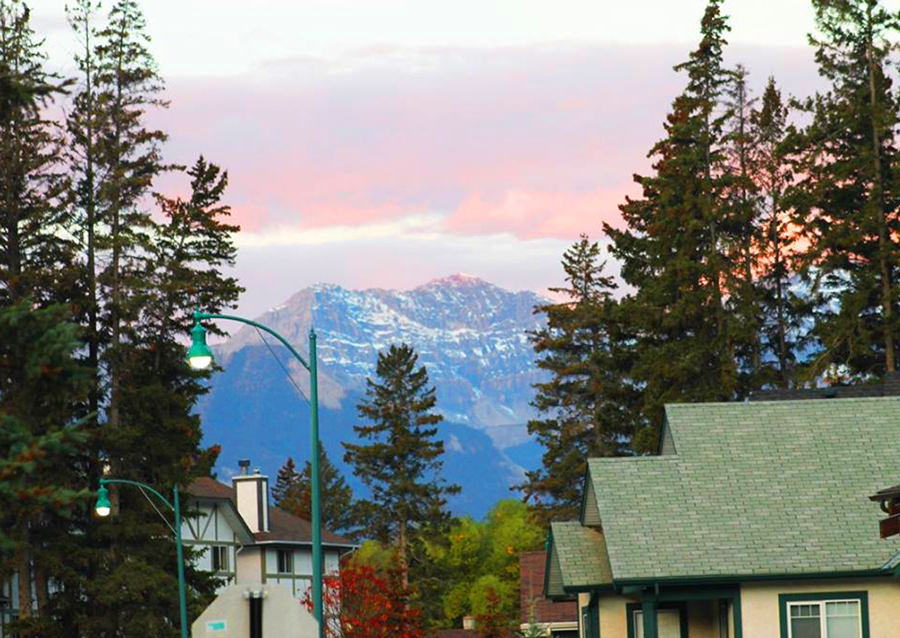 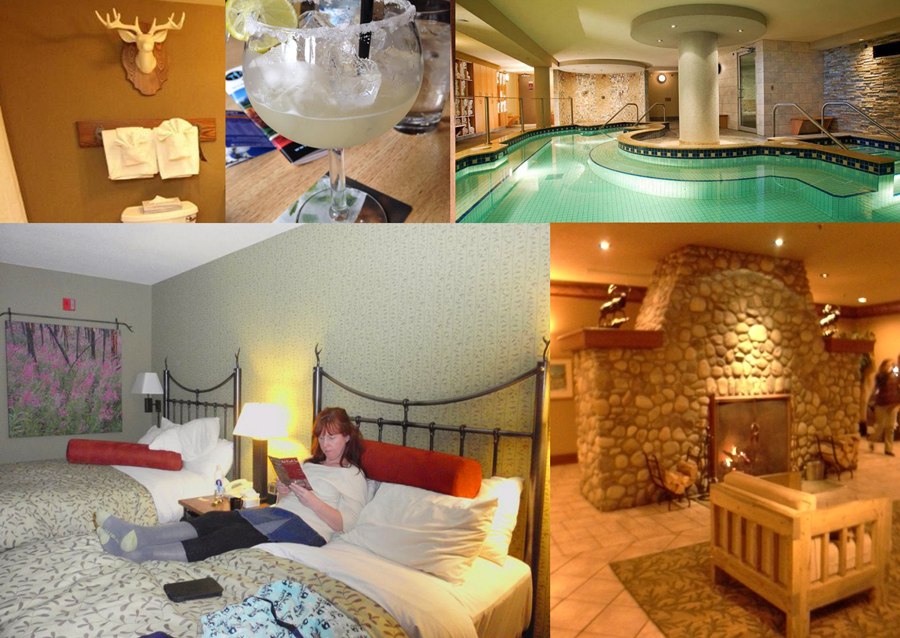 The Caribou Lodge and Spa. 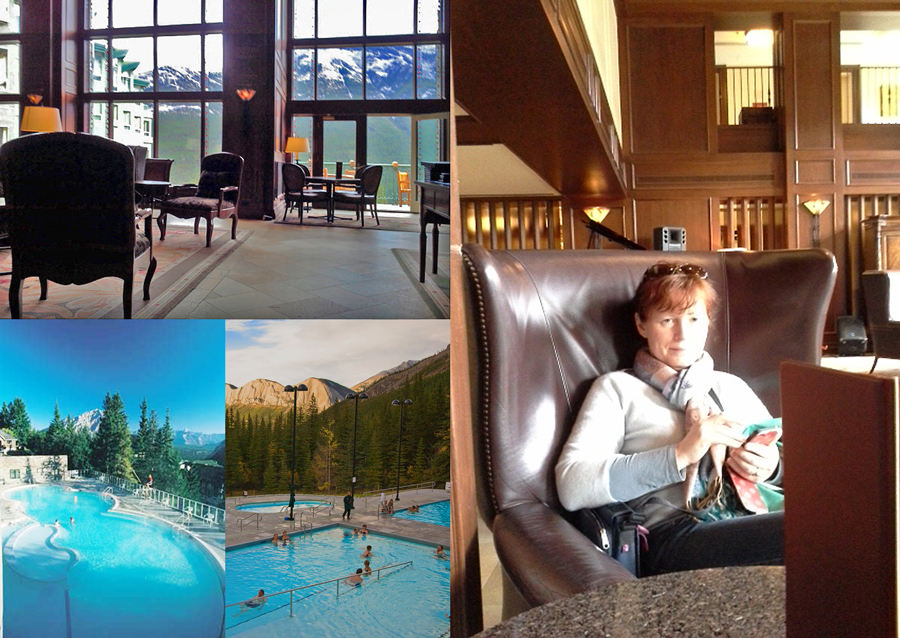 After the hot springs we repaired to the Rimrock Resort Hotel to drink tea and steal wifi. 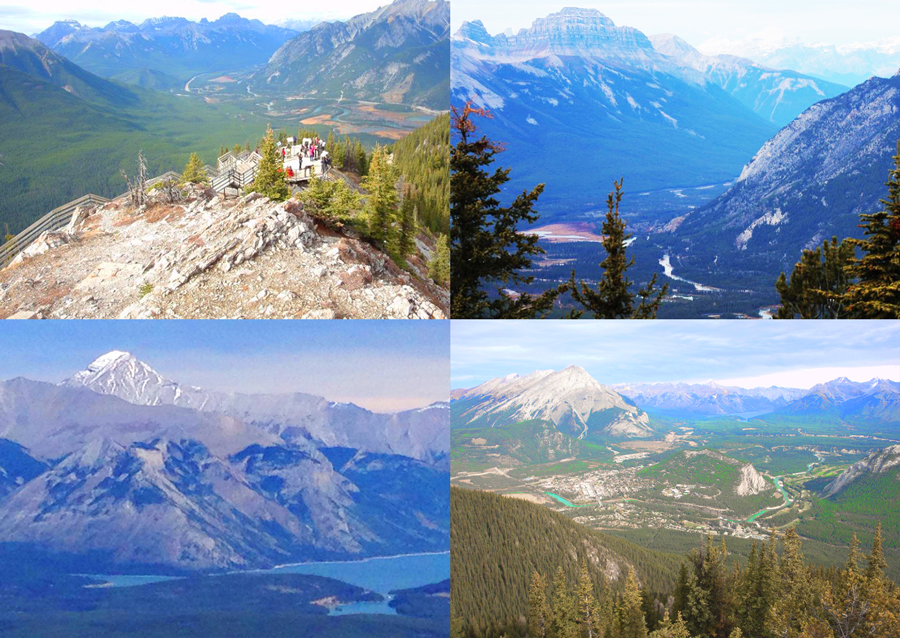 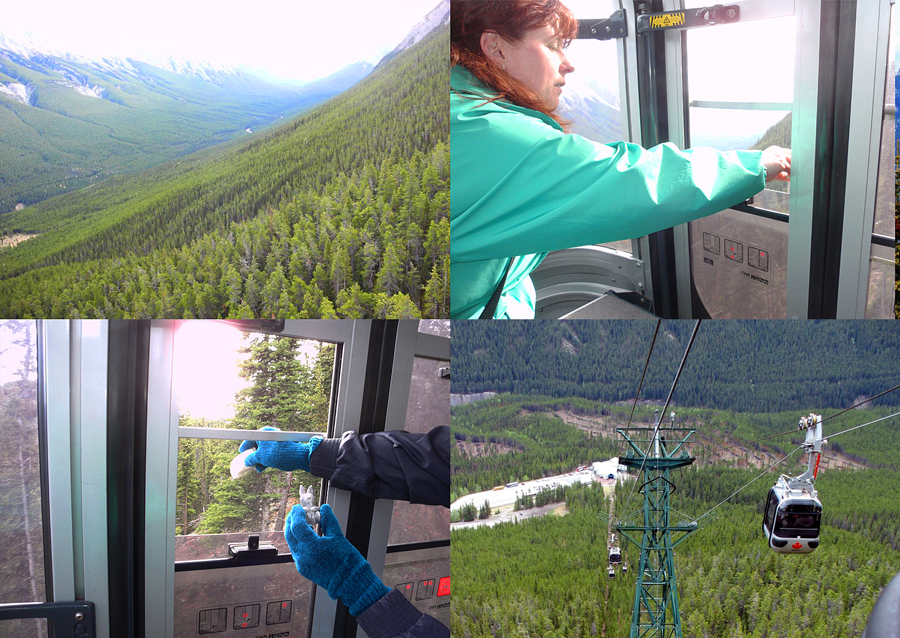 Halfway back down the mountain we ejected Brian, but he didn’t go far. 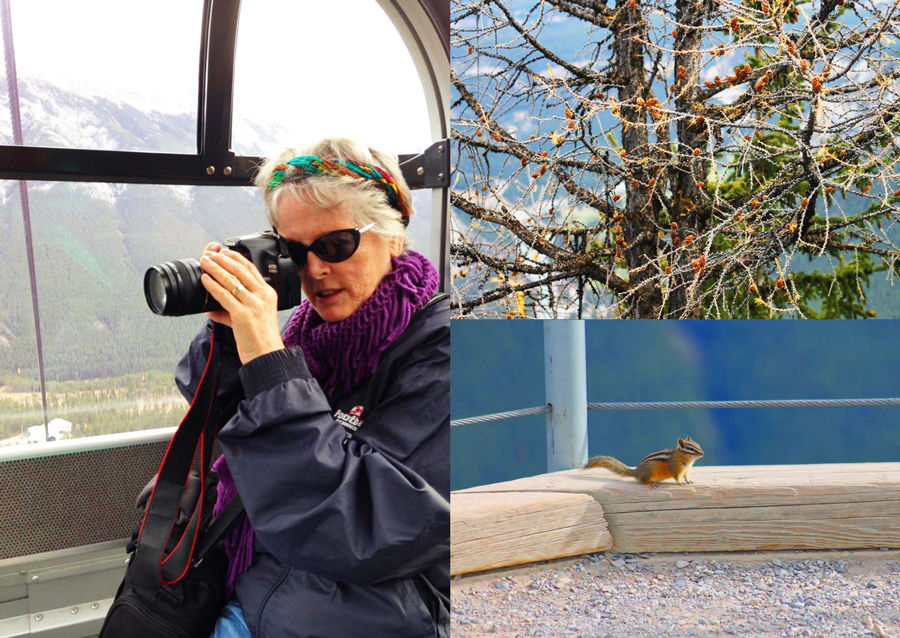 The SLR was a bit clunky for travelling but the photos were worth it. 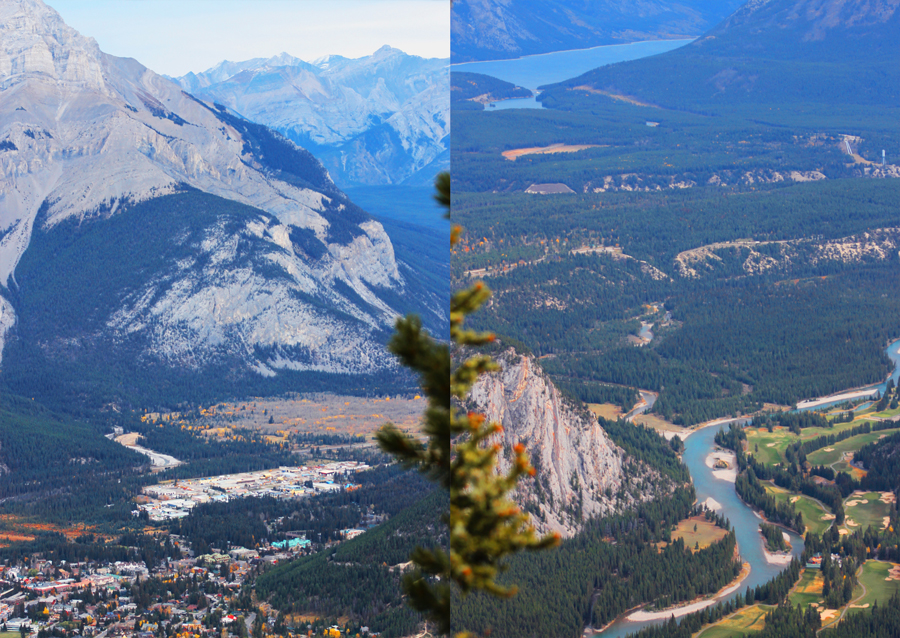 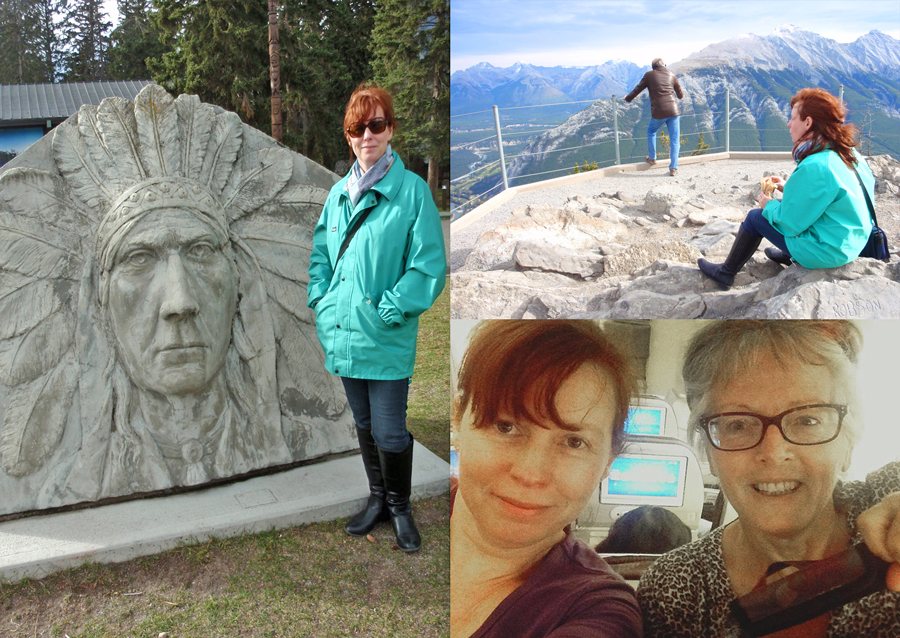 Seoul Sisters. AJ made a top travelling buddy… even if she did insist on a selfie after a 10 hour flight.