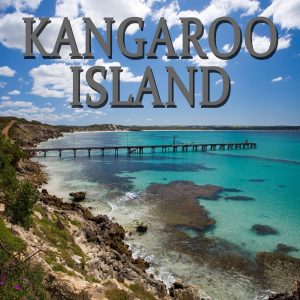 The Ashes Tour has been a little short on rabbit sightings of late and according to the quarantine sign where we boarded the ferry at Cape Jervis, this would not be remedied on Kangaroo Island. Bunnies are banned along with foxes and dirty potatoes, and non-local honey. Its environment is unique and includes the world’s only pure-bred and disease-free population of Ligurian bees, so biosecurity on KI is serious stuff.

As is the scenery. Even with the testy late-winter weather it’s a breathtaking place and it would have been hard to settle on a single spot for Brian, so we found four. But apart from the Kelly Hill Caves they were fairly short-term – the maniac wind at Remarkable Rocks and Cape Du Couedic Lighthouse whipped him into a bit of a dust storm mid-scatter and the rain probably washed him away soon after he settled on a stone fence outside an art studio named Shep’s.

With the timing of our trip we missed out on some attractions but it also meant no competing high-season crowds, and everyone was more relaxed. Cue talking-shit-with-strangers Ken who makes new friends (new best friends if they’re into Landcruisers) wherever we go. Brian had that same affable bent and while I mostly admired it, my people threshold was often much lower. Getting back together mid-life we already had our own interests and ways of doing things but it didn’t take much adjustment to get the rules of engagement right. If we were at a party and I’d give him The Signal, he (usually the deso driver) would either drop me home and return to the pack or call it a night too. Only once did he misread and start inviting others back as well (“No, no – Barb won’t mind”). Barb very much did mind, and the wisdom of Plan B escapes was confirmed.

On KI I was at my most sociable however, though mainly with the wildlife. At Seal Bay I made meaningful eye contact with the stinky little slappers as they frolicked up and down the dunes with all the grace of me at 11, clomping around Rydalmere Hall in a leotard and dance slippers. At Flinders Chase National Park aloof koalas gnawed bark beside our tent and wallabies and fat possums poked around for scraps at our feet in the communal kitchen. We got close to large, ungainly Cape Barren Geese as they moseyed about like extras in a cowboy movie, certain of their right of way and not afraid to fight you, and saw enough of other birdlife – cormorants, emus, cockatoos, pelicans, petrels and black swans – to imagine the island also attracts its fair share of retirees with binoculars and long socks and sandals.

What we didn’t see that many of were kangaroos. Over a third of the island is devoted to wildlife conservation and we expected the place to be crawling with the eponymous marsupial, but outside of the few grazing outside our cabin (the rain and a BOM forecast of hail convinced us to upgrade to something with a roof) and the odd sighting in roadside paddocks, they kept a very low profile. KI’s nuggety little Macropus fuliginosus fuliginosus (known as the Sooty) is a subspecies of the Western Grey kangaroo, but with a broad jaw, shorter tail and limbs, and thick dark brown fur. I had an impulse to deposit a pinch of Brian in a passing pouch but it was never realised… it wouldn’t have hurt the ’roo (joeys pee and poop in situ and I can’t imagine they wipe their feet before climbing in) but none came close enough to oblige.

Anyway we saw so many ideal spots to scatter him without getting animals involved. Australia’s third largest island offers everything from rugged to rolling green and the stunning Remarkables was a definite drop spot. It’s not forbidden to climb them but even without the signposted warnings about perilous cliffs and the occasional monster wave, that wind convinced us not to thrill-seek. I battled to get most of him inside a rock’s cavity and later, to stay on the steps of the equally windswept lighthouse. These two ash scatterings were exhausting but the locations were more than worth it.

After the south and west we were keen to see the highly recommended north, and instantly fell for Snellings Beach. It was everything coastal we loved but with a lush backdrop where plump cattle grazed among the emerald hills and full dams, flipping the hoof to their drought wasted cousins back on the mainland. We didn’t leave any Brian among all this magnificence though and after spotting the paintings of the late Neil ‘Shep’ Sheppard in the bar of the Ozone Pub we took a drive out to his rural gallery at Wisanger. It was closed (major artwork was not in the holiday budget anyway) but not to Brian, who took up residence among the stones on the soggy fence. He’d have got a kick out of the Shep – it’s also my dear Dad’s nickname – I’m sure. 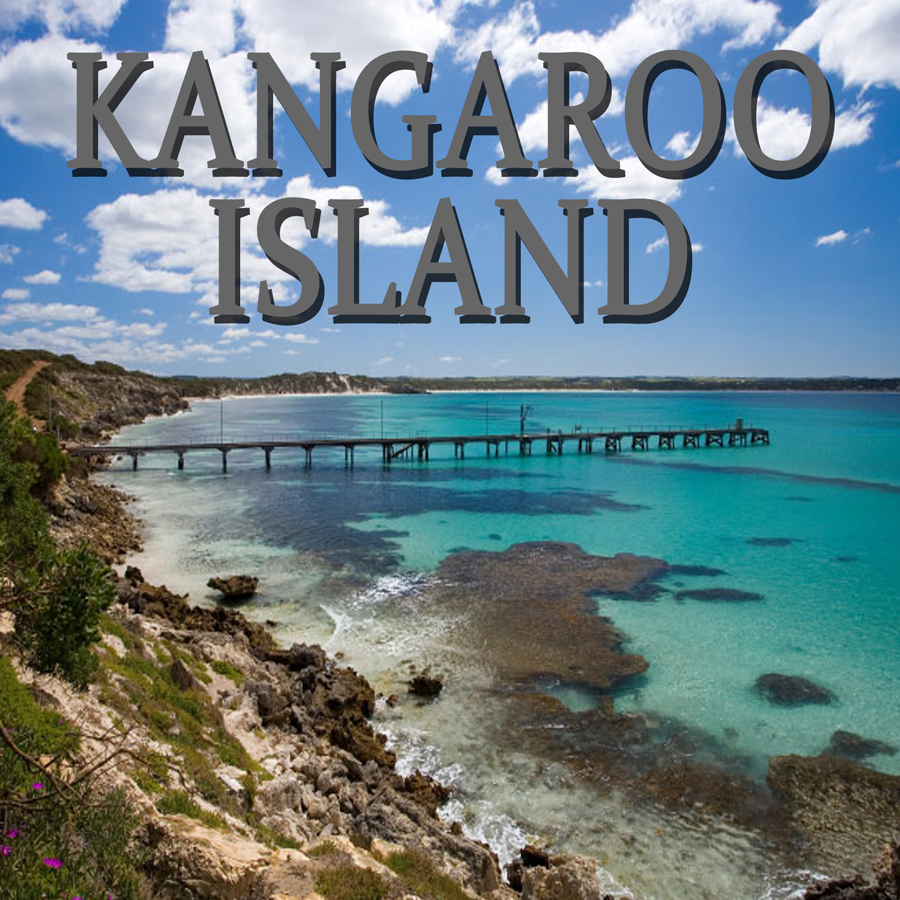 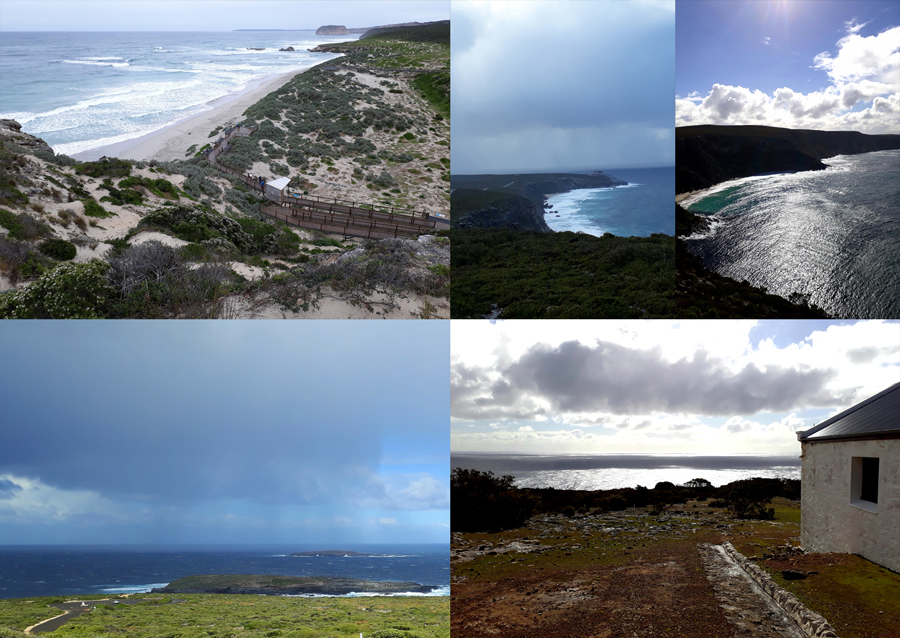 Scenes around the magnificent coastline of Kangaroo Island. 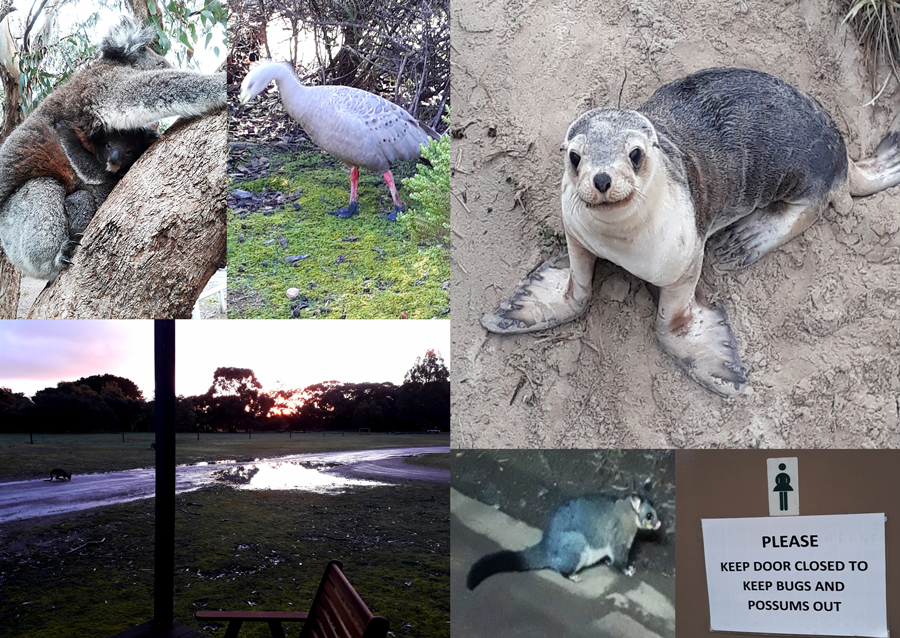 Some of the wildlife we saw, including the Cape Barren Goose and one of the island’s kangaroos, so different to the mainland variety. 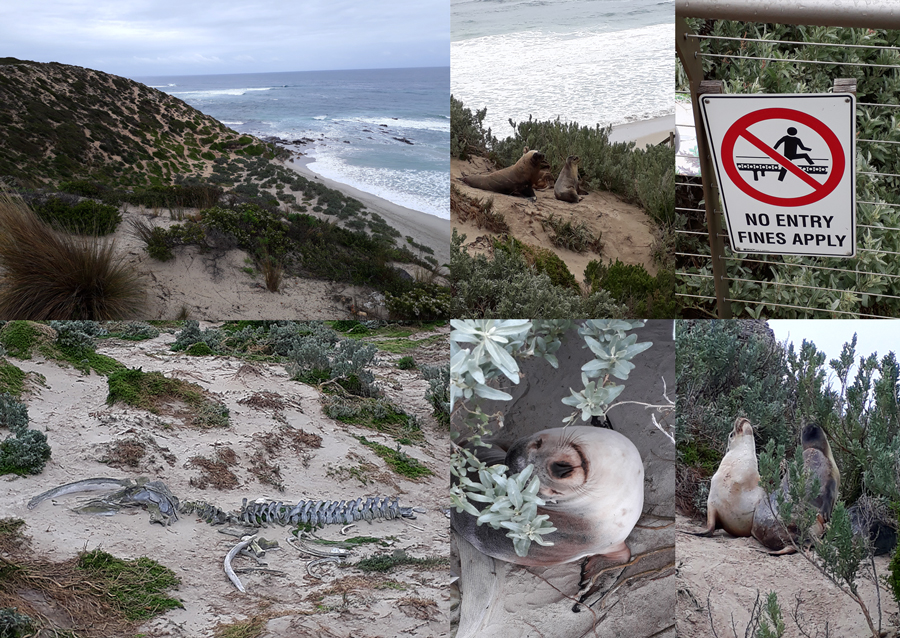 Residents of Seal Bay sanctuary frolic and either ignore visitors or sing, play and work the crowds; a sign that really needs a comma; the remains of a juvenile humpback whale, washed up in 1984. 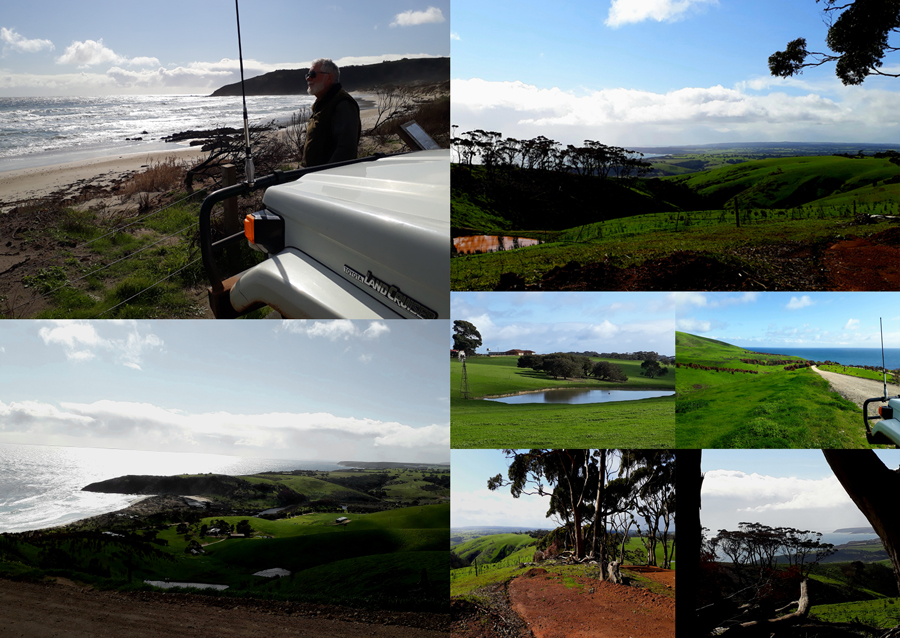 The stunning north coast of the island includes Snellings Beach and Stokes Bay, and a rural hinterland that’s inspired many landscape artists. 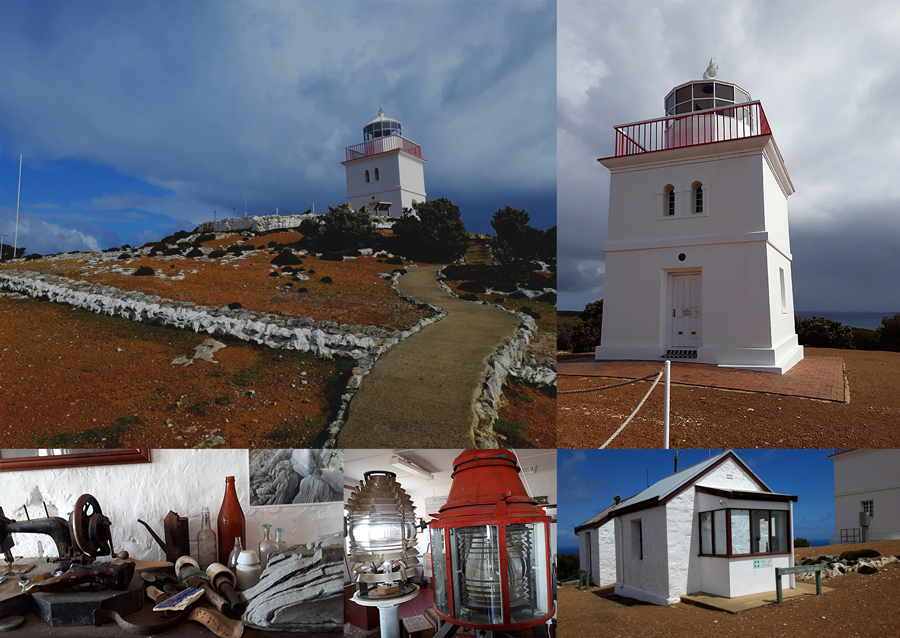 Cape Borda has the island’s main lightstation and a small museum of artefacts that traces the history of this part of the coast. 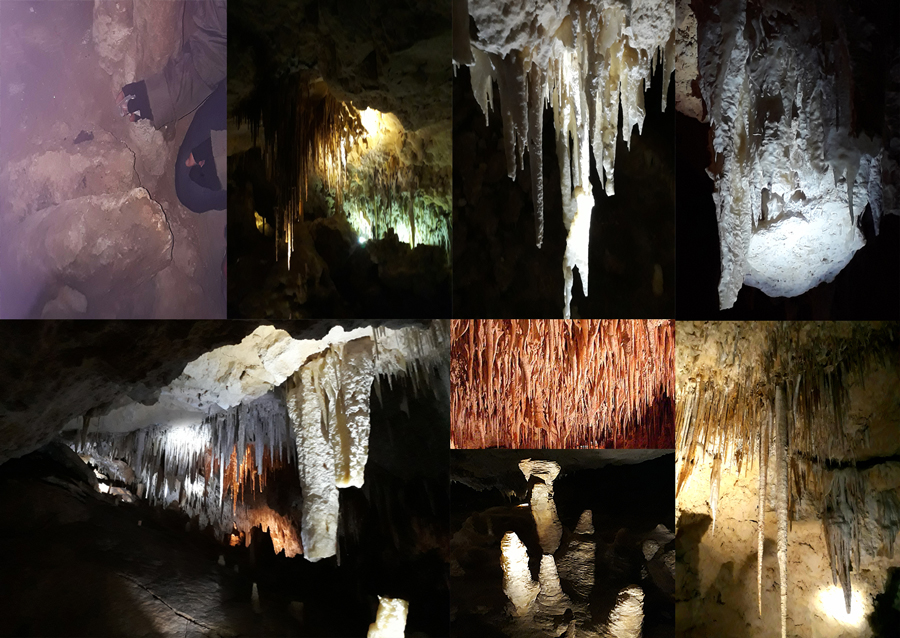 Kelly Hill Caves are unique in that they have no water, and no echo; scattering Brian (via fingerless gloves) among a clump of stalactites in the only area of the cave where visitors are allowed to touch the formations. 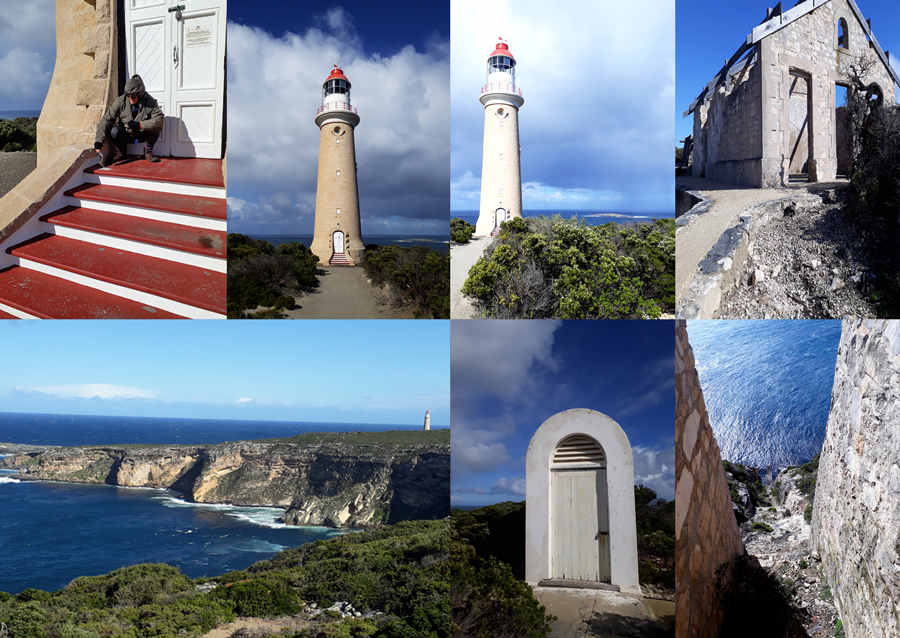 Cape du Coerdic was built in 1907 after several shipwrecks (captains preferred to sail through this area rather than the more hazardous Backstairs Passage); the light was automated and destaffed in 1957; the steep pathway (bottom right) was for bringing up supplies from boats to the food storage room (top right) when families lived at the isolated lightstation. 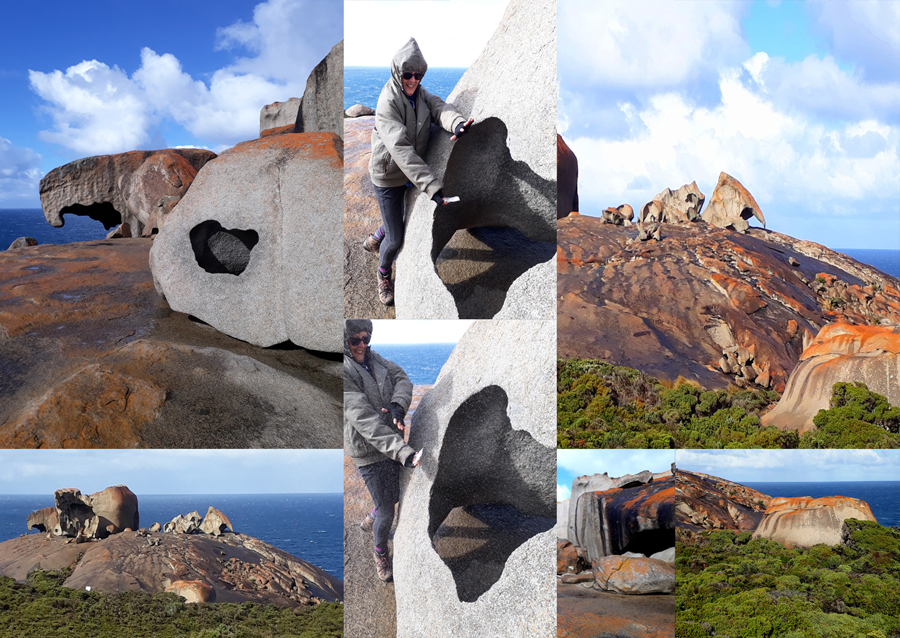 The Remarkables (which are ‘domed inselbergs’, similar to Ayers Rock) started forming more than 500 million years ago when the magma crystallised into granite, which later formed blocks that were weathered into the amazing rocks we see today; unpredictable wind – way to stuff up a perfectly good ash-scatter. 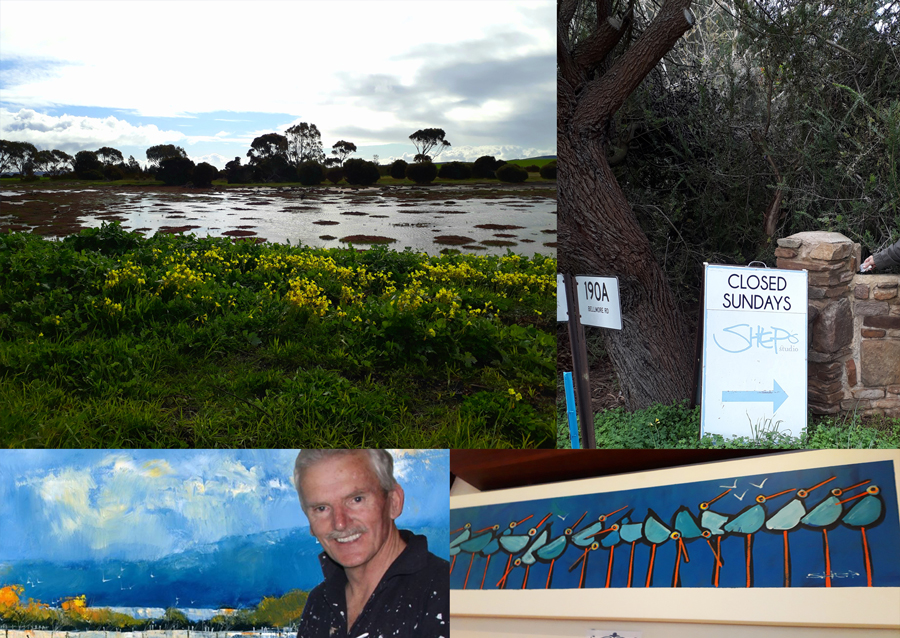 The final KI scattering was at Wisanger, outside the rural studio and gallery of renowned impressionist artist ‘Shep’ Sheppard; ‘Down on the Spit’ one of his paintings in the bar of the Ozone Hotel at Kingscote that inspired us to drive out to his gallery.