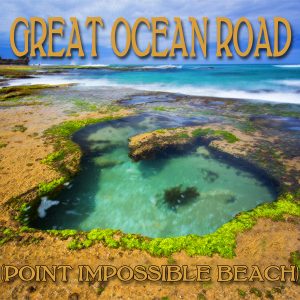 Brian cherished the role of uncle and was a favourite with all his nieces and nephews… the ones who knew him, anyway. There were 22 of those but also several more belonging to his estranged sister Jenny (since deceased) and to a brother he hadn’t seen in over 30 years. In that fractured family, relationships with each other’s children were collateral damage.

‘Unky’ had a unique connection with each of the kids he did know, including our niece Corrin and her daughter Hayley, who flew up from Victoria to spend a few days with him in late 2012.  He was losing steam by then but enjoyed showing them around the region and was keen to visit their home in Alexandra one day. He also wanted to see the coast off the Great Ocean Road again as he had fun memories of exploring it with his mates when he was younger. In the time he had left the opportunity never happened so it became the G on his list. For the first anniversary of his death I made the trip south to tick it off.

The area around the Twelve Apostles would have been ideal but the additional two hour drive just wasn’t doable. With three children and an in-demand cleaning business Corrin didn’t have much of a window so I met her at the Great Ocean Road’s eastern end in Torquay, where I’d booked us a cabin at the Foreshore Caravan Park. Intentions of a relaxing break didn’t meet reality as peak hour traffic blew out her three hour drive there and her bed made squelchy noises. Self-medicating over a hearty pub dinner only helped a bit.

After breakfast we drove to a nearby beach and made our way across the blustery sand to a suitable rock pool. Victoria’s waterfront in winter was always going to be cold but this wind was something else. Point Impossible is a clothing-optional beach but no sane naturalist would be whipping out their wobbly bits in these arctic conditions. We let the kids have a run, tossed the ashes in with the seaweed and sand crabs, took many photos, made a sand bunny (we’d planned to toast the occasion with a locally brewed White Rabbit Pale Ale but forgot to pick up a can), humoured Hayley’s insistence that some of Unky got in her eye, and then herded the reluctant young’uns back to the warm car.

“Can we go for a swim?” That was boy-brain talking, when Evan and Liam saw some wetsuited surfers. We compensated with a ride on the Geelong Waterfront Carousel, 119 years old and beautifully restored, then stood with the other rugged-up parents dreaming of hot chocolate and slippers while they watched their unstoppable kids shriek around the playground overlooking Corio Bay.

Back home in Alexandra there was a school week routine that reminded me just how time-poor are the parents of young children, and how different my life is now that my boys are all adults. I helped Corrin and Patrick where I could but recalled enough about the morning balancing act not to disrupt this well-oiled wheel they had turning. Getting three kids fed, dressed and out the door on time did not need me in the way so despite my usual pre-dawn wake time, I took to staying in bed till the clamour subsided.

Which is why, a couple of days after the ash drop, I lay there lazily scrolling through the photos. I admired the sharp quality my little Olympus achieved, and how the shots perfectly captured the wild energy of the kids as they played in the sand. The image of them grinning around the rock pool, forensically pointing to the exact location Unky landed, was priceless.

But life can hinge on a click and the next minute I was stabbing psychotically at the off button, trying to stop the relentless ‘Delete All’ command I hadn’t given. By the time ‘No Images to Show’ flashed I was hyperventilating. My brain too frozen to cry, I switched the camera off, switched it back on, and… nothing. Somewhere in the fog I shakily packed it away until I could get it to a camera expert back home, and tried not to think that all those lovely photos might be lost in… well whatever is the photographic equivalent of cyberspace.

But lost they were. The sympathetic technicians expended hours with various recovery programs before proclaiming the “old” (only three years!) sim card culpable. They’re just photos, I told myself, but the feeling of loss shouted down that logic and I would have given anything to hear Brian’s inevitable “You should have backed up” again. He could be infuriating that way, but he would have figured out a solution. 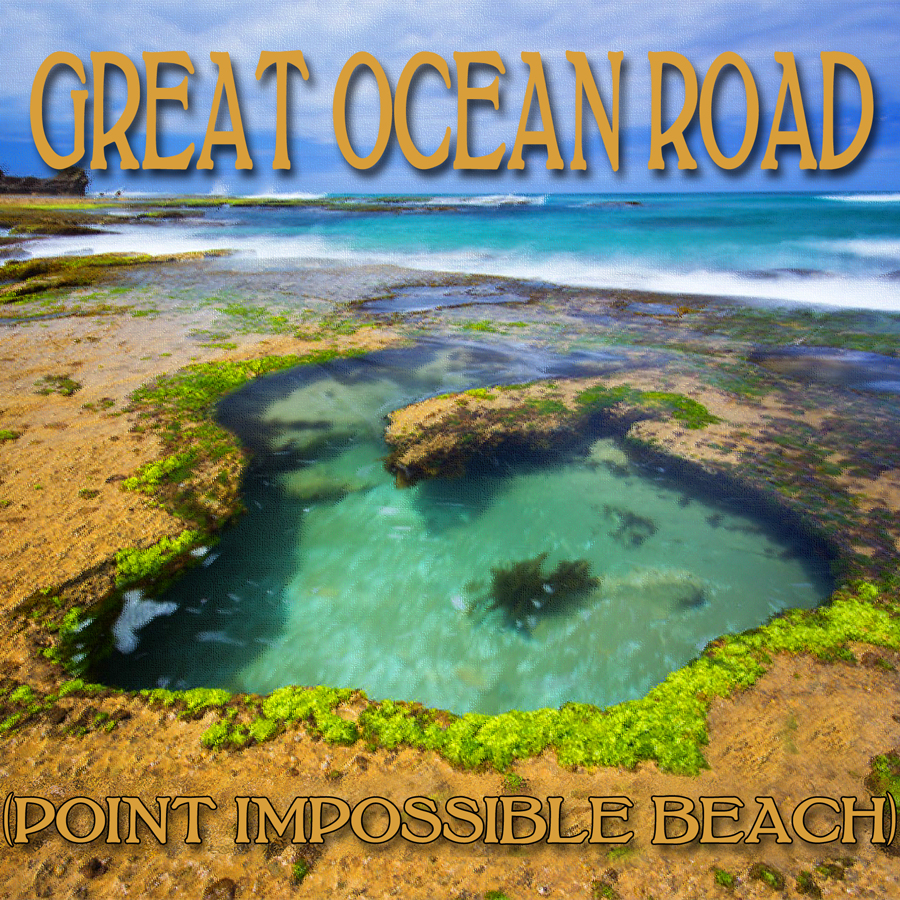 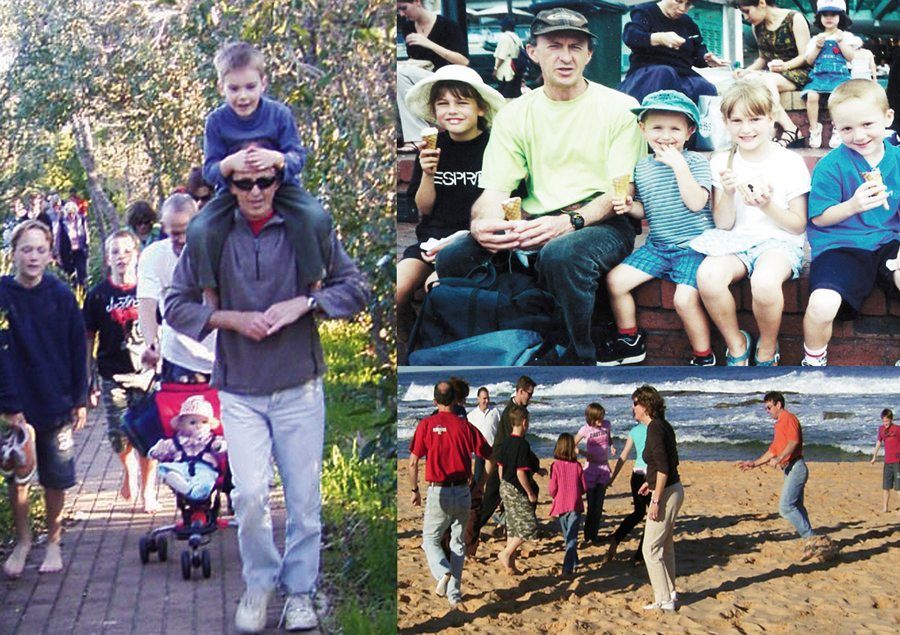 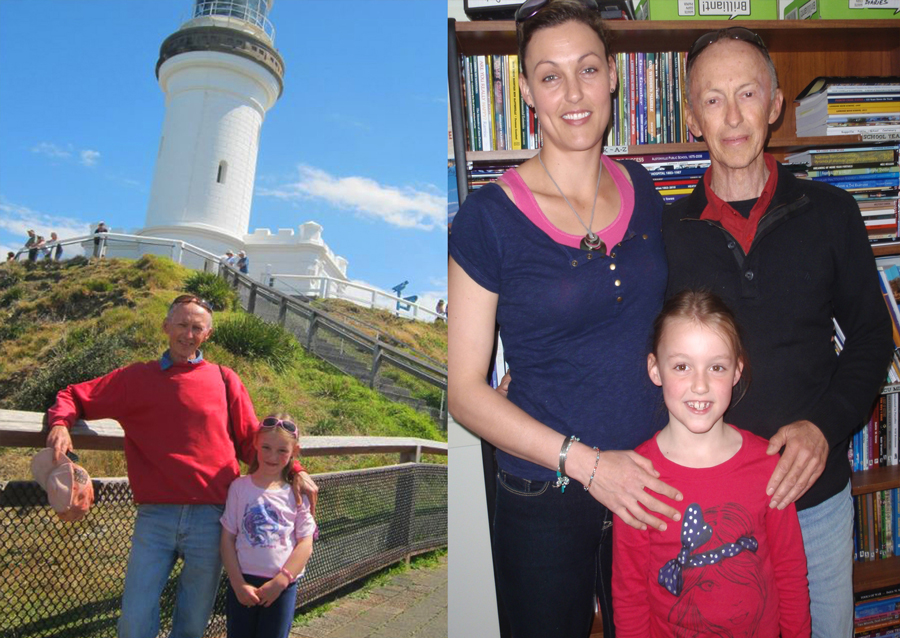 Brian with Hayley at Byron Bay, and with Corrin and Hayley, September 2012. 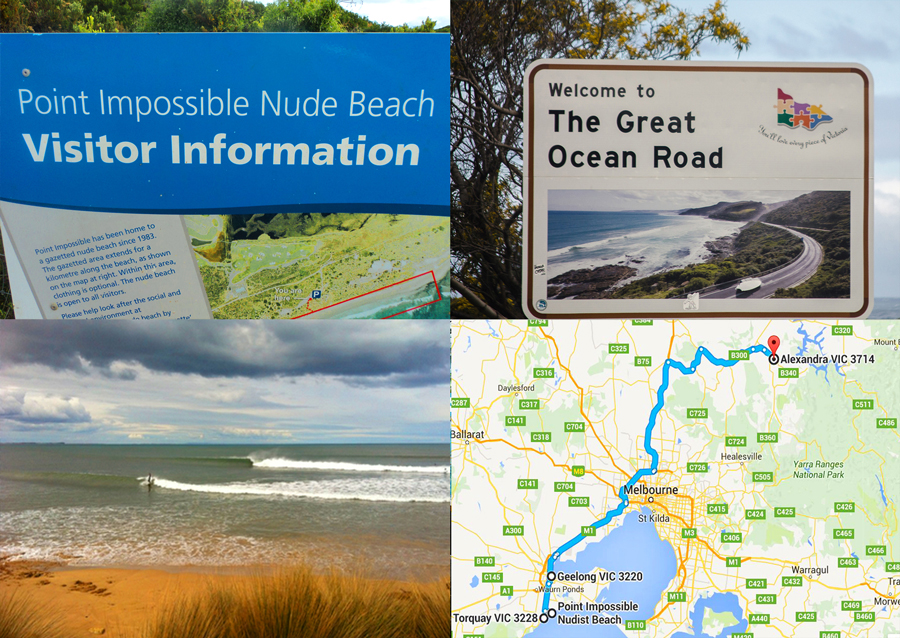 Torquay’s Point Impossible Beach; the Great Ocean Road that stretches 243km parallel with the Victorian coastline, from Torquay to Allansford; and a map of Torquay to Alexandra. 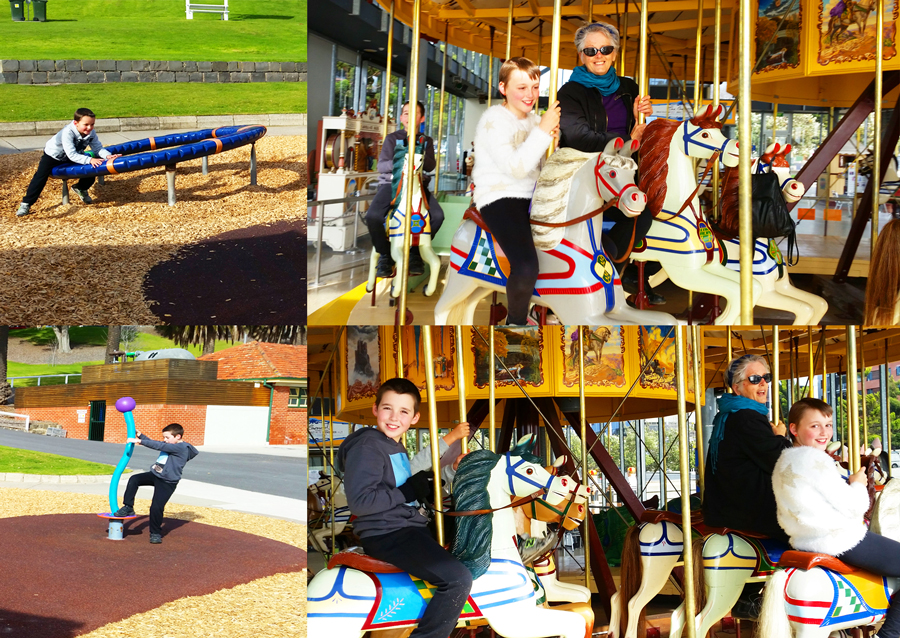 After the ash scattering on the beach we let loose on the waterfront at Geelong. 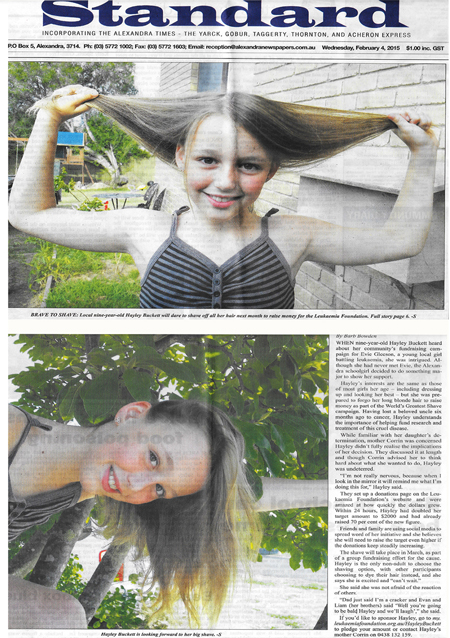 After Brian died, Hayley became interested in cancer research and donated her long hair as part of a Leukemia Foundation fundraiser. Her cousins Hamish and Leslie also raised money for the cause in their uncle’s name.