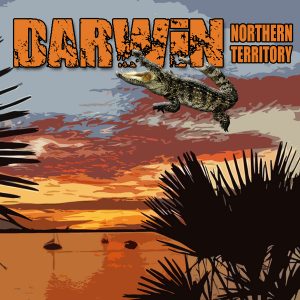 As much as he liked the idea of Darwin, Brian could not have handled the heat. One of the side-effects of his treatment (or maybe of the cancer itself) was sudden and erratic shifts in body temperature, and he sweated and shivered to exhaustion sometimes. We got used to the constant clothing changes and the challenge of co-sleeping through his flushes, but taking his ‘manopause’ to the tropics would just be cruel.

I’m an autumn addict and thought timing my trip north in April would give me balmy. It was more like a punch in the face with a furnace and there went my delusions of resilience. I should not have been surprised when Sharon – fully Darwinised by now and a regular marathon runner – would only concede “it does get a bit warm”. Apparently my dear friend does not do perspiration.

The place presented endless ash-scattering opportunities but I decided on the bluer-than-blue waters off Nightcliff Jetty. There were the crocodiles of course – recently a three-metre salty had scared off swimmers at a nearby beach – but it looked clear and peaceful and this time Brian slid happily from the bag straight into the Timor Sea. He was such a fearless soul and no doubt had less issue with a few cranky reptiles than his cultural blooper at Kakadu.

No regrets, but no rabbits either. Unless you counted the one on my tablet/camera screensaver… which I did.

The whole of Darwin’s waterfront is beautiful, and that week it showcased its contrasts. We struggled to anchor our plates against cyclonic winds at dinner on the main wharf, languidly lunched at the Boatshed Coffee House in Cullen Bay, and enjoyed the best-ever bruschetta and wine at the Trailer Boat Club while watching a magic sunset over Fannie Bay. It’s an expensive city but once I switched focus from the negatives and found salvation through air conditioning, I could appreciate its dynamic multi-culturalism and laid-back lifestyle. It’s only a two hour flight to Denpasar and two and a half hours by ferry to the Tiwi Islands, and only relatively short drives to Litchfield and Kakadu. For me, Darwin is to visit, not live in, but I understand why others find it so appealing.

Apart from the Kakadu trip our week was mainly shopping, visiting the museum and art gallery (which lived up to recommendations, including an authentic and multi-sensory Cyclone Tracy exhibit), spending time with the family, and swimming. Swimming anywhere but in a natural body of water of course – unless it’s a backyard pool or the artificial Wave Lagoon then ‘croc-infested’ is the preceding adjective. When we saw the beasts up close on the Adelaide River’s Jumping Crocs tour they were as large and hungry as the brochures claimed and even if you discounted the tour operator’s graphic commentary and deliberate teasing, their mean little eyes and bone-crunching teeth did not invite selfies.

At The Nirvana bar we had to leash our inner cougars as the hunky young MC zipped around organising the acts and adjusting the sound system. Age and wine had dulled our ability to play it cool but with the intimate ambience and mix of folk and blues, we weren’t the only ones checking him out.

Good thing Ward is not easily spooked and was genuinely happy to have an old mate in the audience. Rewind a few years and this charming 20-year-old was that funny kid from up north who played soccer and music with Ben and Sam and would busk and write songs and lapse into an Irish accent for no reason. He was always a popular sleepover guest in our home and his confidence and talent impressed; no one doubted he’d accomplish his claim to learn a different musical instrument for every year of his life. When he got up to sing and dedicated Let’s Grow Old to Brian and me, it was a deeply touching moment… and a sad reminder of who wouldn’t get the chance to do that.

Sometimes that’s how it creeps up on you, and Sharon understood perfectly. Our friendship has chugged along through a lot of life-changing events and losses and to share such a tribute with someone who knew and loved the man meant everything. It was a fitting way to cap off my wild(ish) week in the Territory. 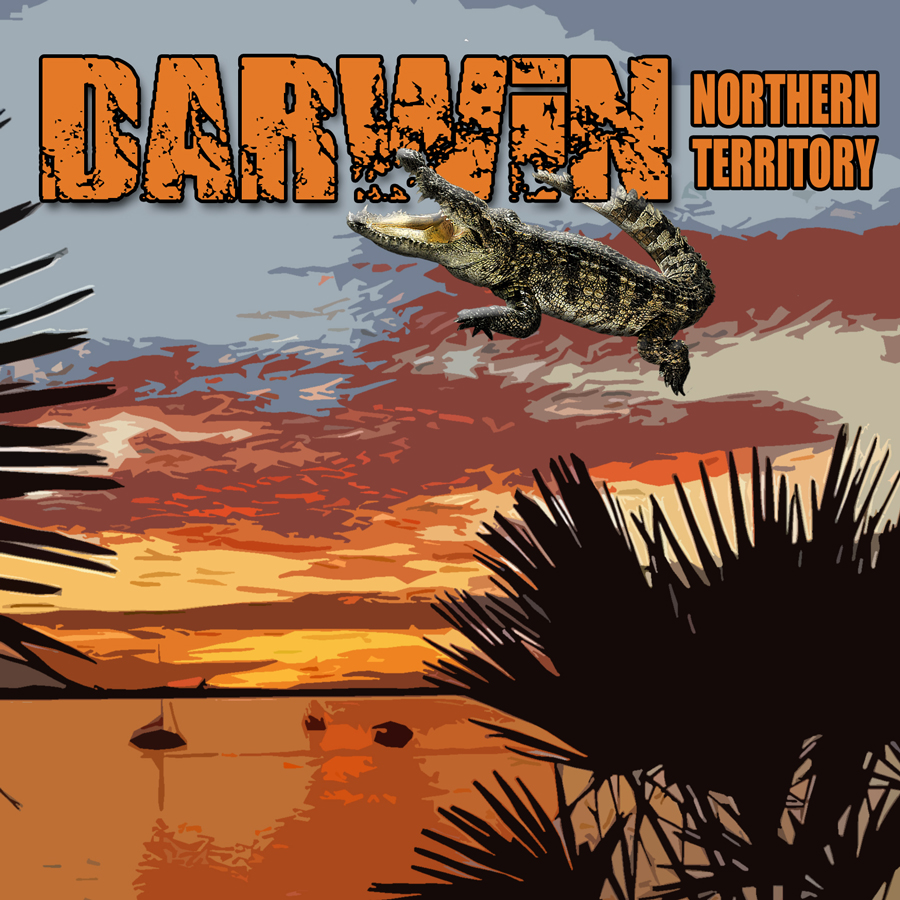 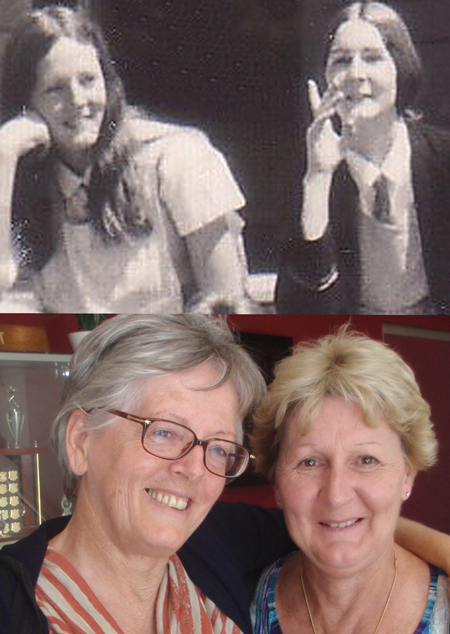 Good mates since our school days at St John’s Auburn, almost 50 years ago. 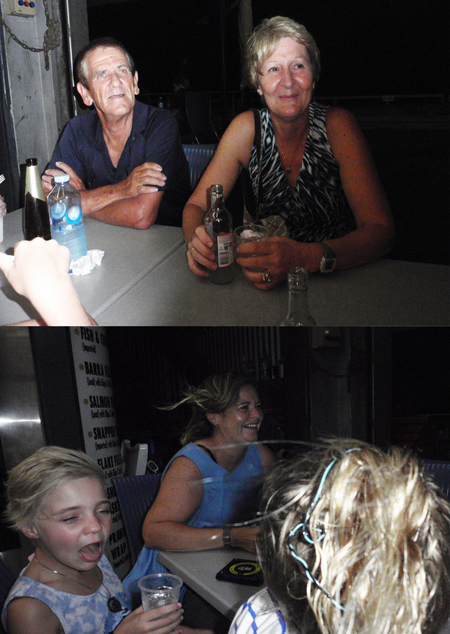 Dinner on the windy wharf with my Territory family: John, Sharon, Kim, Delilah and Tazmin. 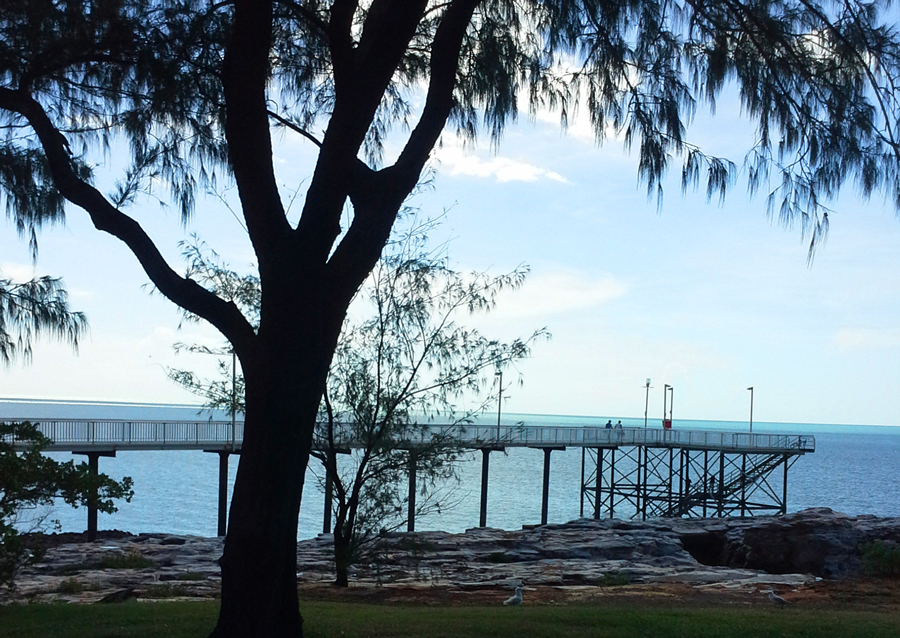 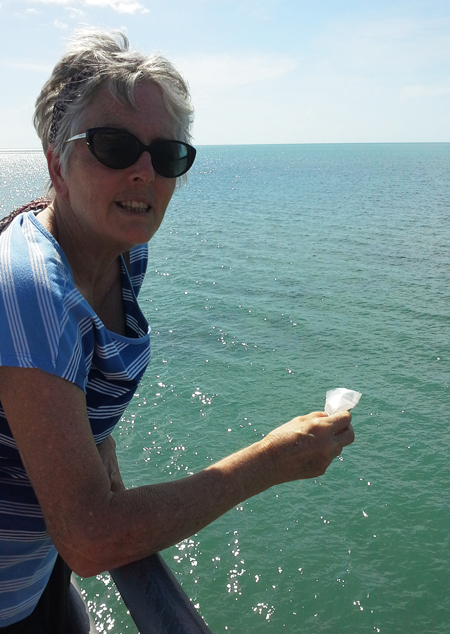 The first of the salt-water scatterings. 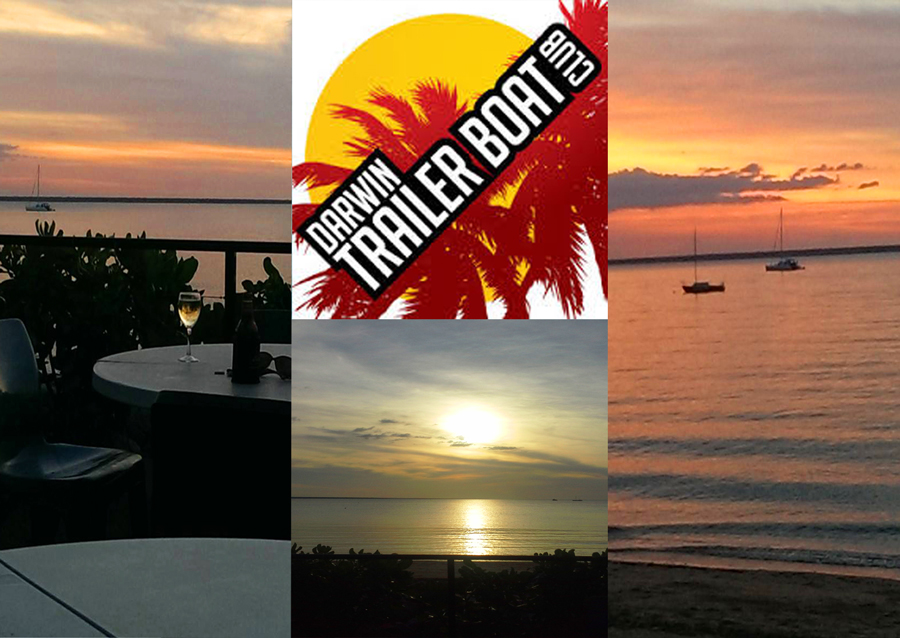 A legendary Darwin sunset from the terrace of the Trailer Boat Club. 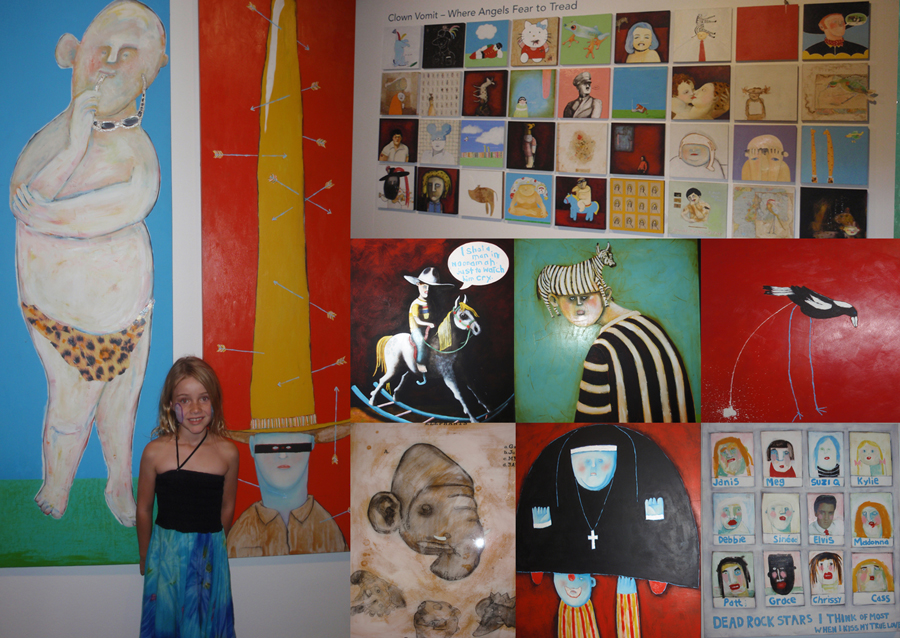 Contemporary pieces at MAGNT – the Museum and Art Gallery of the Northern Territory.