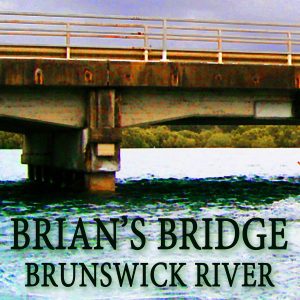 Giving our boys experiences rather than things was a practical as much as philosophical decision. We didn’t have the dollars to do otherwise and Brian especially knew the value of time and attention to a kid so took every opportunity to make memories that would matter. The son of a loving but troubled father, and a mother who was selfish with everything but her scorn, he was clear on how he didn’t want to parent. He wasn’t perfect but with his nurturing heart (and a little prompting from Bad Cop here) he reined in the indulgence and gave Sam and Ben the childhood he never had.

Our annual camping trips to Brunswick Heads live large in their store of good times. For a few years from 2005 we’d pitch our too-new tent alongside some soccer club buddies in The Terrace Park and for that week it was all about having fun with very few rules. The kids lapped up the freedom and activities we cooked up… literally, in the case of The Great Rissole Off. That’s when visiting friends would join us for an Australia Day BBQ lunch and we’d compete to craft the most outstanding rissole, judged on a people’s choice ballot that inspired sabotage (especially in the ‘how well the flies like it’ category) and promised severe heartburn from the kids’ creations.

The other annual tradition was our boat race to Mullum. We’d hire a couple of tinnies and race them up the river to Mullumbimby and head for the Middle Pub and a cracking good lunch. Like the Rissole Off the rules of the race were flexible and there was never consensus on who actually won. For the most part we observed marine safety but at some stage of every holiday there would be An Incident… and in 2006, it occurred mid-race. We had kept to the same teams as the year before and under Brian’s guidance Abby was at the rudder of our boat, a little tentative but managing fine.

Before the new multi-lane Matthew Devine Bridge was opened the Pacific Highway crossed the river a few metres away at a squat, narrow concrete bridge. It was always high tide when we’d set off but by dropping the tinnies’ canopies there was enough room to pass under the roadway and between the chunky pylons – except when Brian decided there wasn’t, snatched the tiller from Abby and swung us sharply right. The stern spun around and hit the concrete with a loud bang and though no one was hurt, the smash caused squeals and a few shocked tears… and a very red face from the culprit. It also birthed a legend and to this day, driving over the Brunswick River is always accompanied by a chorus of “Brian’s bridge!”

Fishing, swimming, barefoot bowls, cricket, cards and board games, a carnival, yabbying, the Bruns beer garden… there was no shortage of stuff to do on those holidays and no reason to complain. Unless you were me. Trying to keep my contact lenses sterile was just a small nuisance till my first eye infection, and it only took heat rash and sandfly bites to tip me over the edge. I didn’t want to be That Guy but misery for Barb is misery shared, so we came up with a solution: Brian and the boys would camp for the week and as it was only an hour from home, I’d be a FIFO visitor. Cancer happened before this very agreeable plan could be put into operation but after that, if he was feeling up to it, we’d dip in to the camp for day trips. They were good times, but eventually the kids outgrew family holidays and we packed up the shiny jaffle iron and gave the big tent away.

Naturally Brian’s ashes had to be scattered at the site of ‘his’ bridge and, after lunch at the Bruns with the family and four of the original campers, I hired a large pontoon boat that would comfortably hold us: the four boys (only Aaron was missing) plus girlfriends and grandkids and me. It was Ollie and Kaleb’s first time at the wheel of a boat so their saucer-eyed excitement added a nice touch as we chugged up the river, stopping east of the Matthew Devine where the old bridge once stood. Brian was sprinkled off the bow but tried to jump back on board so was tossed off the stern as well. The weather was a bit ordinary but it was a good day, and we agreed Brian would have appreciated having so much family at this drop.

One wee flaw: on a subsequent weekend getaway at Ferry Park (I’ve come round to the whole camping thing now) we discovered that the old bridge had actually been some way up the river, on the other side of the Matthew Devine. It didn’t invalidate the drop or anything and while my poor memory and spatial sense means I often forget where I parked the car, it’s kind of amazing that I could misplace a whole bridge. 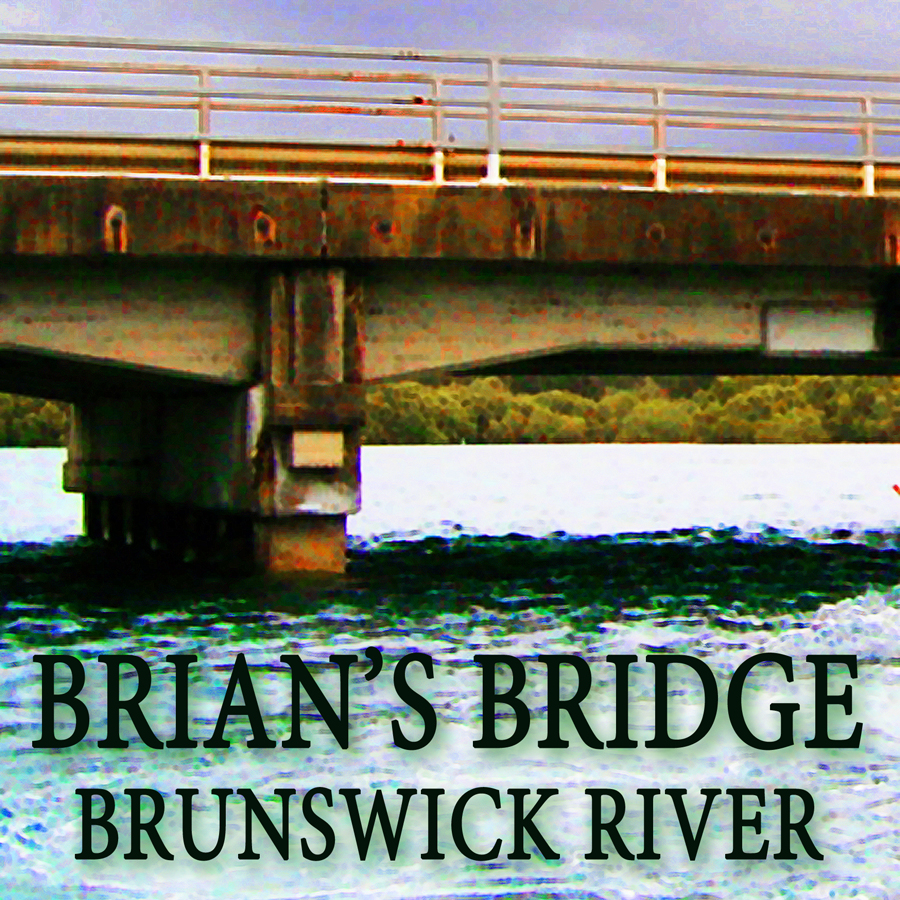 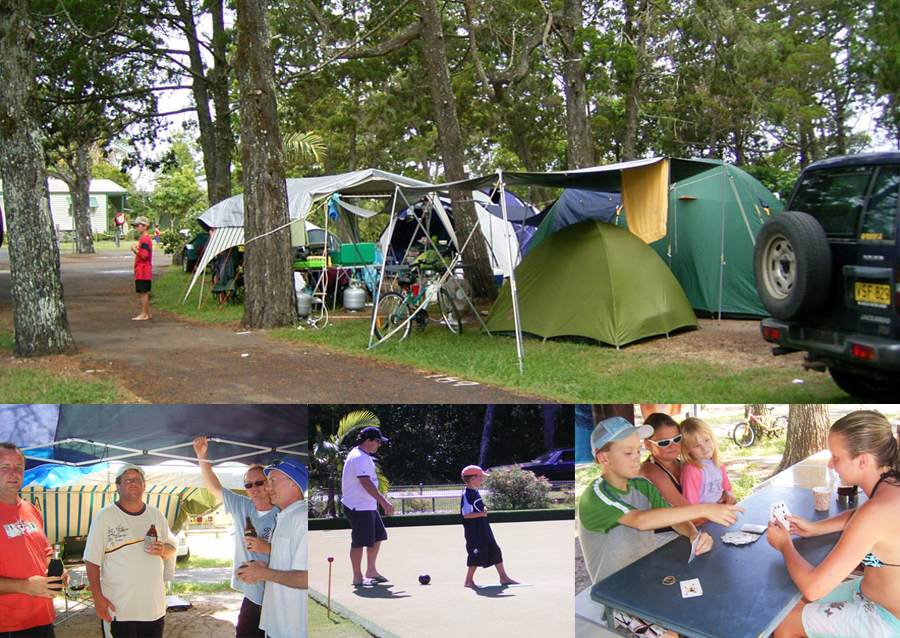 Our little bit of Brunswick for a week each January; Brian and the lads solve the problems of the world over a few stubbies; barefoot bowls and card games. 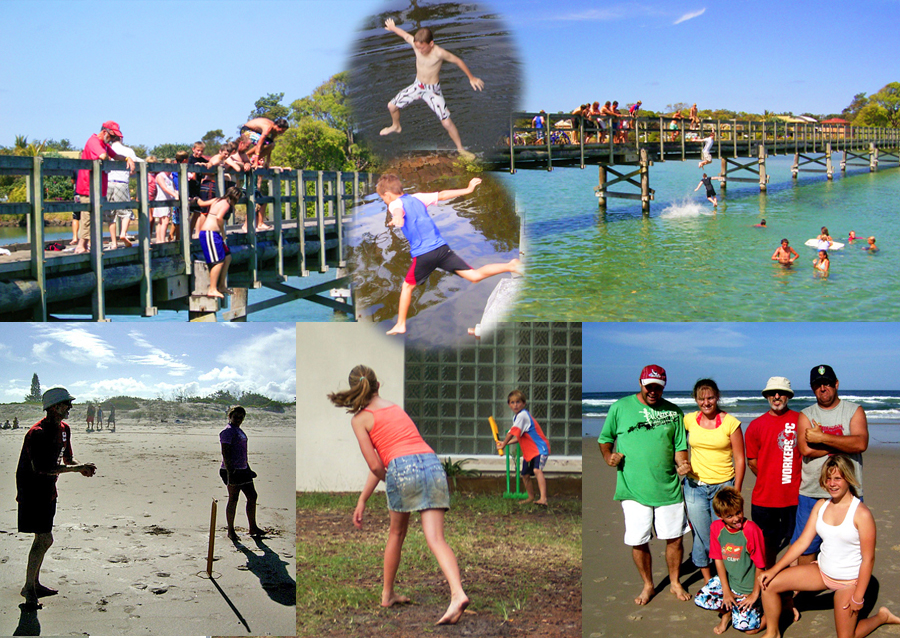 It wasn’t only the kids who lined up for bridge jumping and cricket was always popular. 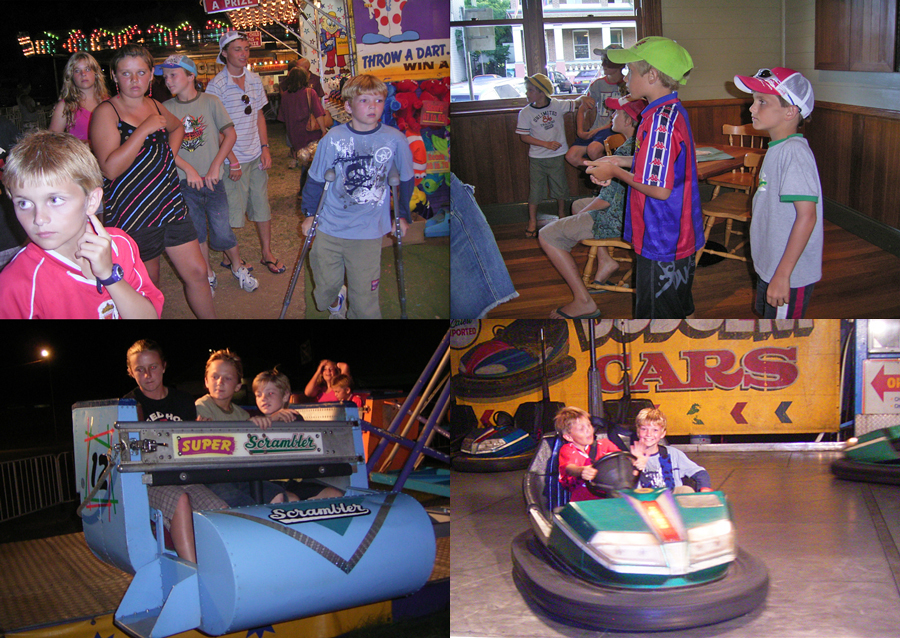 At the carnival and the pub and the river, the kids shared great camaraderie. 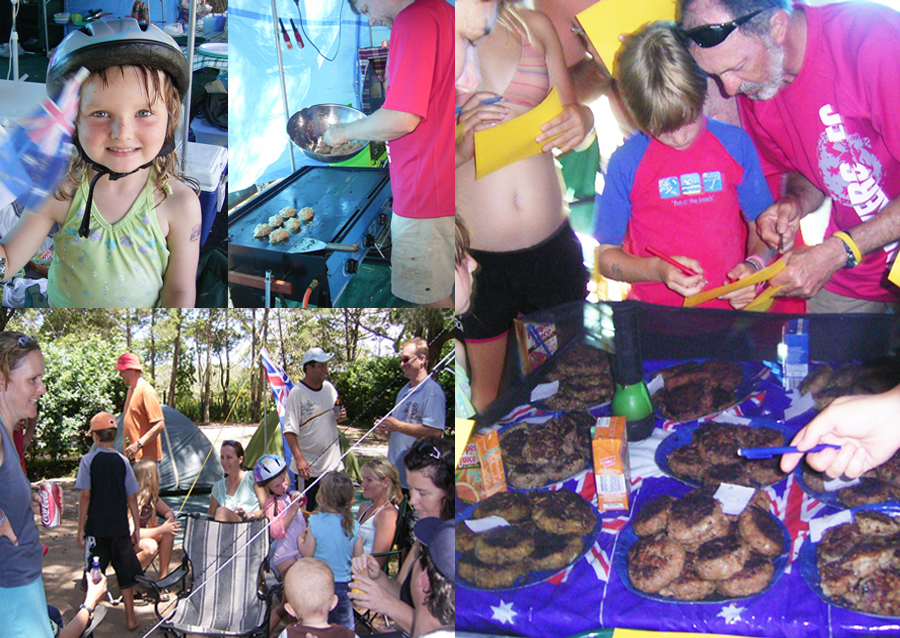 Hayley gets in the Australia Day spirit; Soren whips up his entry in the Rissole Off while Brian explains to the kids the judging criteria; friends drop in to compete and sample the rissoles. 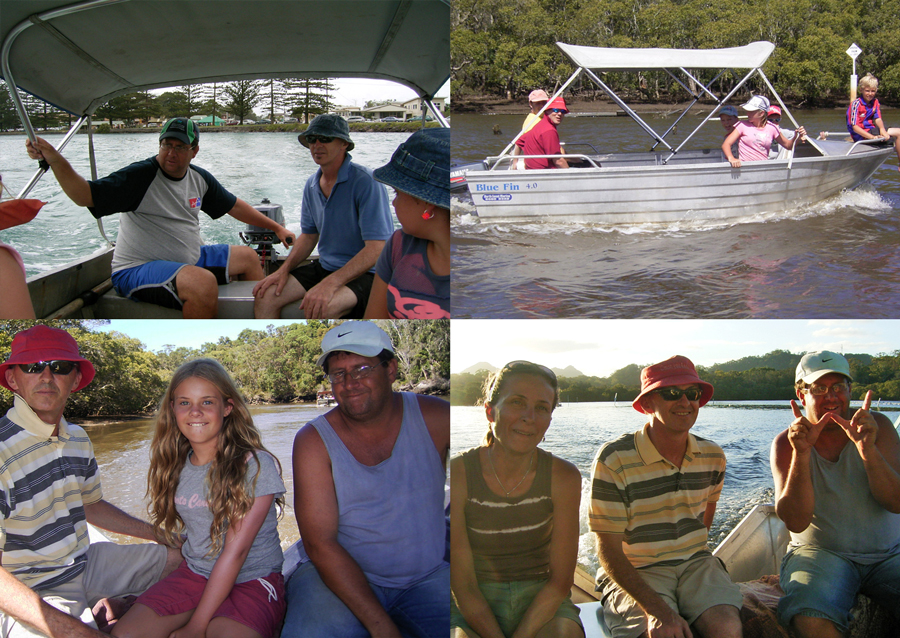 2005, and Johnny Bancroft takes control when the race gets serious; Soren, Condo, Ben, Sam and Mikkel cheat their way to a couple of wins; Brian, Mathilda and John, 2006; John confirms to Susie and Brian the closeness of the race. 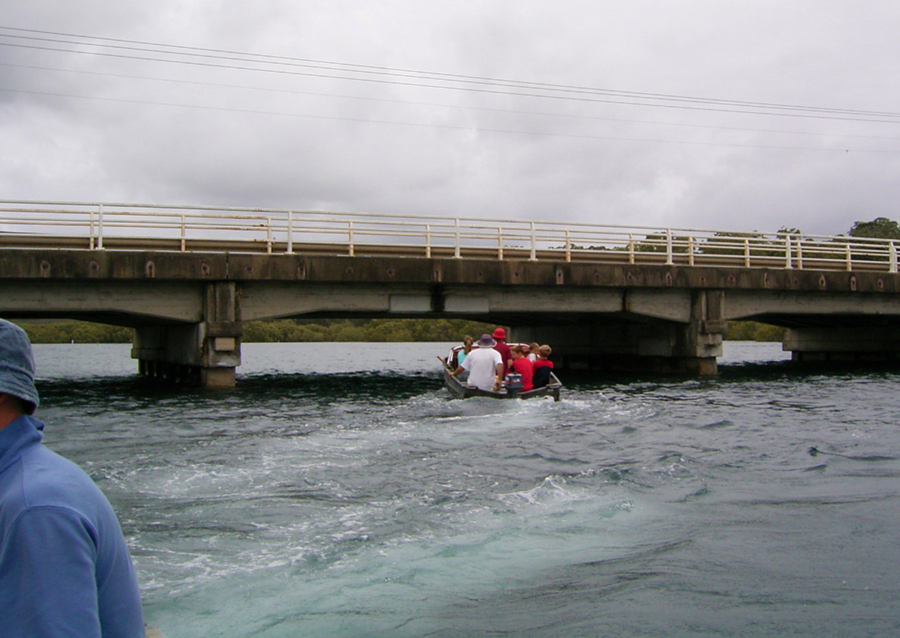 One of our boat races up the Brunswick River... the other team edges ahead (Brian is in the blue shirt in the foreground of the picture). 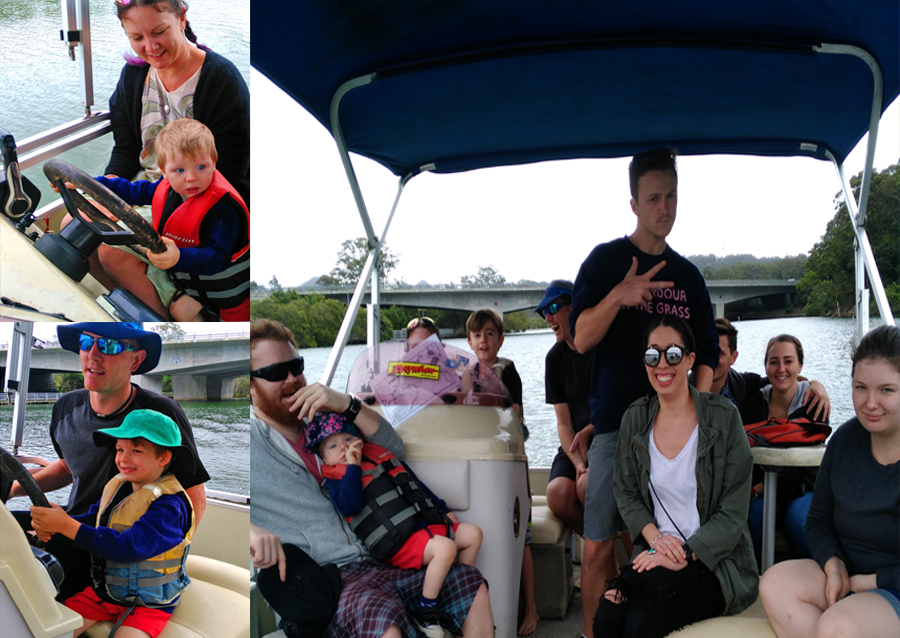 Dan and Heidi supervise Kaleb and Ollie at the wheel on our way back from the ash drop; It was a full deck with the three little boys and Sam and Liana, Ben and Brindi, Dan and Heidi, and TJ and his then-partner, Lorraine. 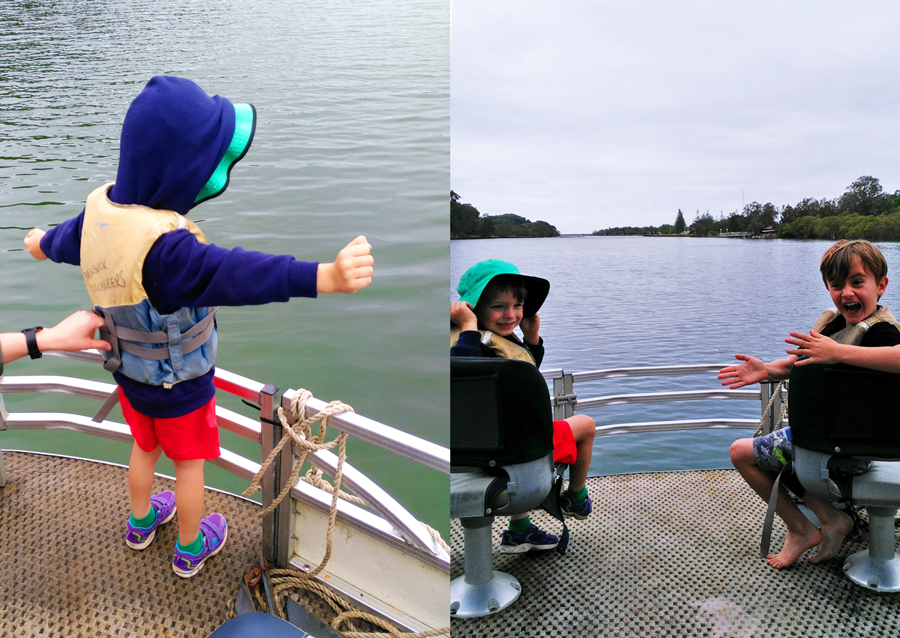 Ollie’s king of the world; on-board fun for Ollie and Bryson. 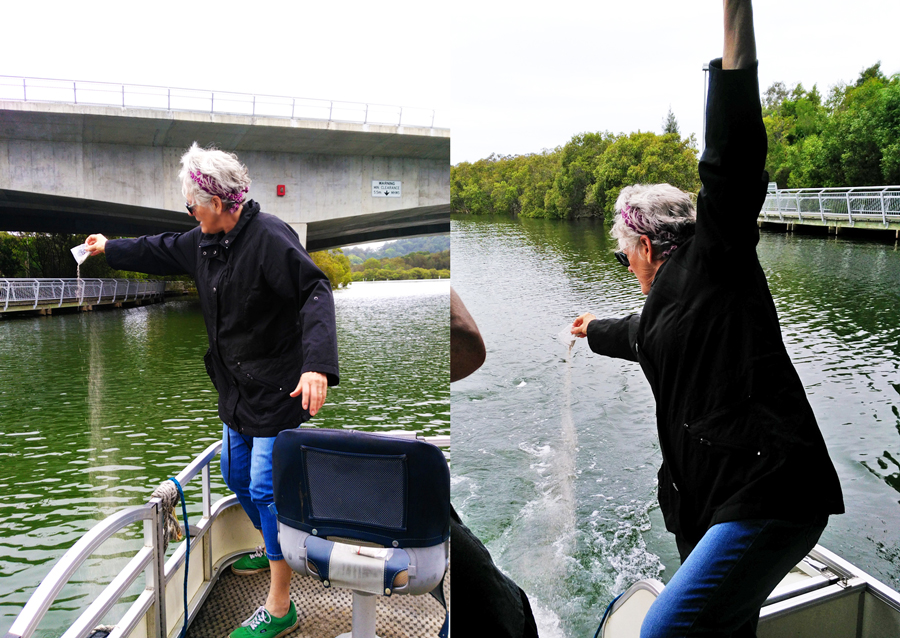 Brian goes off the back of the boat and over the stern. 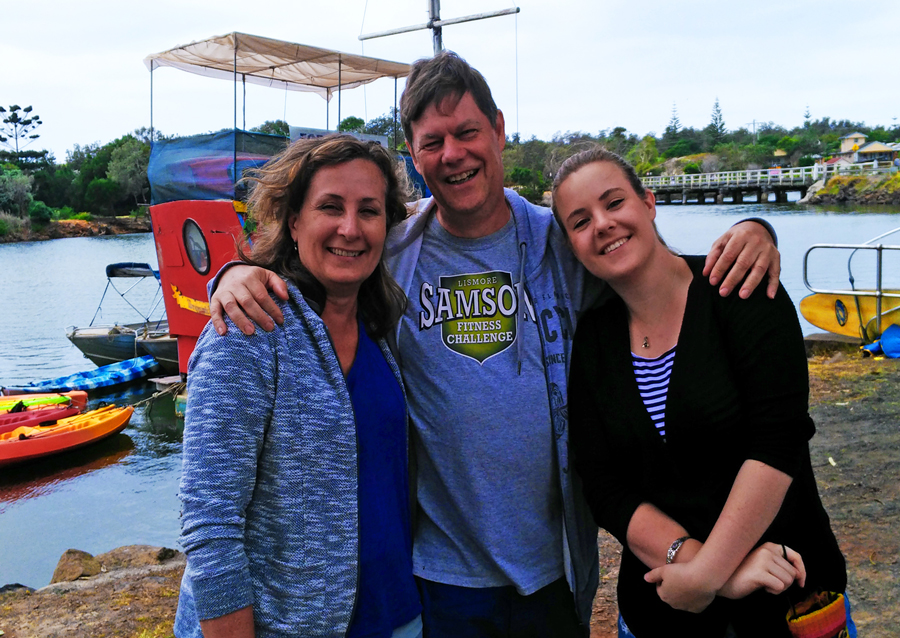 Our dear friends and former camping mates Sue, Soren and Mathilda Hjorth had joined us for lunch on the day we scattered Brian.