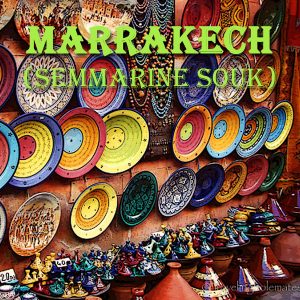 Brian’s instamatic shots of Marrakech and Casablanca had yellowed with age but even so, the colourful appeal of Morocco was obvious. His only nominated African drop was pretty high up on my own wish list but for me it was its intricately tiled architecture that was the biggest drawcard. The markets and people, the landscape and history and food… all that appealed as well, but it was those wonderful Zellige mosaics that I couldn’t wait to see and feel and bring home. To nab some of those treasures I’d happily forgo my carry-on-only preference and max out my luggage allowance.

But for all the positives about visiting this exotic country, a medical emergency there is not recommended. Even if anyone was daft enough to insure me, traveller reviews of its healthcare services throw up words like “dismal” and “appalling”, and while I could have ignored these warnings pre-aneurysm, now I had to heed my old nemesis: common sense. So when my brother added ‘Cycling through Morocco’ to the 60 things he wanted to achieve before he turned 60, I took the opportunity to tick that destination off The Ashes Tour. I hated missing out and was tormented by a Marrakech Express earworm, but it was time to get over myself. These two had enjoyed an easy mateship and Chris had been so supportive during those hellish radiation sessions in Brisbane; if it couldn’t be me doing this leg of the tour, I was glad it was him. So I grouted some ashes into two metal Tazo discs (as I had for the Singapore drop) and off went the bros-in-law to the city of markets, mosques and minarets.

That’s not where our Brian ended up though. He used to rave about exploring the souks and I had visions of leaving him nestled among the Berber rugs and jewelled slippers and haggling merchants of the famed Souk Sammarine, but Chris chose somewhere more intrepid. As he and his group of 13 co-riders pedalled and groaned up the arduous inclines of the Atlas Mountains, he stopped to deposit him in that rocky terrain, somewhere between Fes and Midelt. The place might not have provided as much colour and noise as the market but was picturesque in its own way. From there he has a view out over… well, going by the photos, more of the same really, but it was definitely conducive to the quiet reflection he wouldn’t find in a hectic bazaar.

A section of their 420km cycle route also took in part of the Sahara Desert, and the next day the second of the two discs was left in the barren sands of Guers Tiaallaline, in the east of the country within cooee (a very loud cooee) of the Algerian border. Brian’s been parked in a few similar landscapes in Australia but the Sahara is… the Sahara. The largest hot desert in the world spans 11 North African countries – over three million square miles ­– and is known for its varied land features, especially those mighty sand dunes. Here, its winds drive exceptionally harsh dust storms so he could eventually find himself entombed under all that sand or, if he’s lucky, nudged around like a soccer ball by a curious gang of jerboas.

With the Moroccan drop completed, Brian’s journey is well over three-quarters of the way through and he’s found a resting place in 13 countries so far, with a supporting cast of about 70. Most of these have been loved ones, some are people he never met in life, but I know he’d appreciate the input of everyone involved. There are officially nine more destinations left in nine more countries – and who knows how many extra random drops and people? – and I’m guessing it will be near the end of 2022* before I shake out the last of the old darling’s ashes and wind up what’s been an amazing mission. Nothing is certain though and it’s not clear how my upcoming health detour might impact on the timeline*… but if I’ve learned anything from these years and our twisty lives it’s to go forth without guarantees, and accept that some places will just have to be enjoyed vicariously.

(* April 2020: And while the brain bubble has been coiled and stented out of danger and all prognoses are positive, there is nothing like a global pandemic to punch an even bigger hole in my travel plans. Who knows how long this will last and how it will affect getting to Japan and Ecuador and all those remaining drop spots, but I’m calling it merely a comma, not a full stop, and adding a ‘To be continued…’)
(* March 2022: Waiting, waiting…) 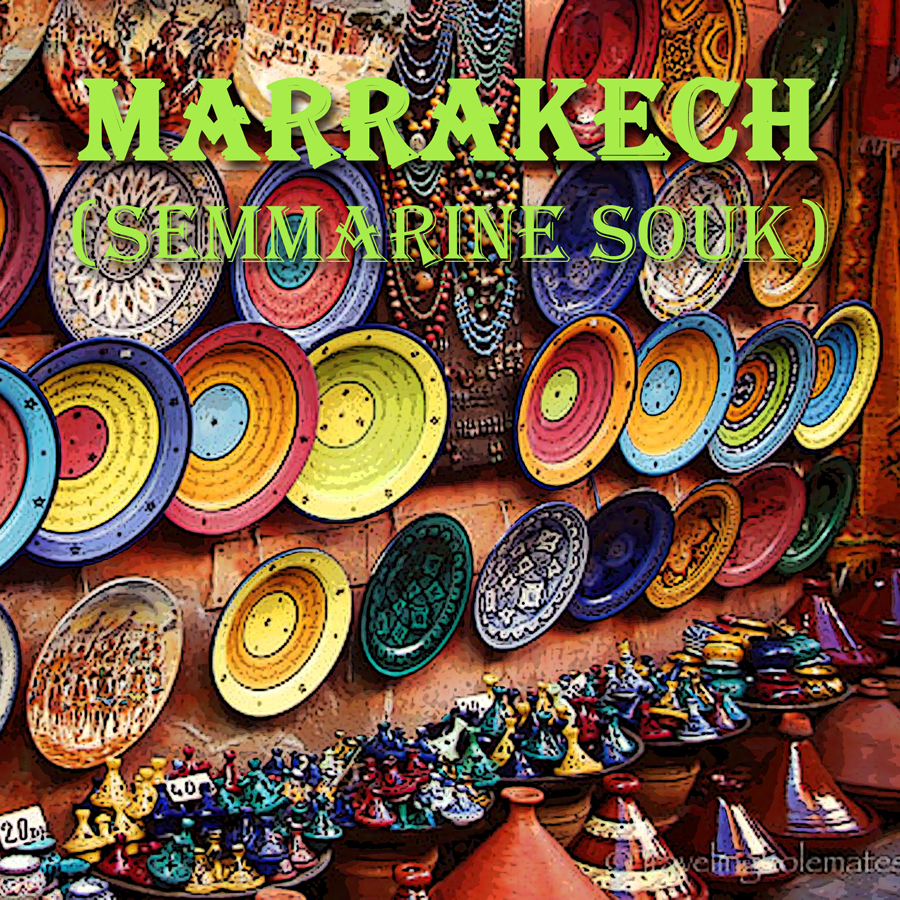 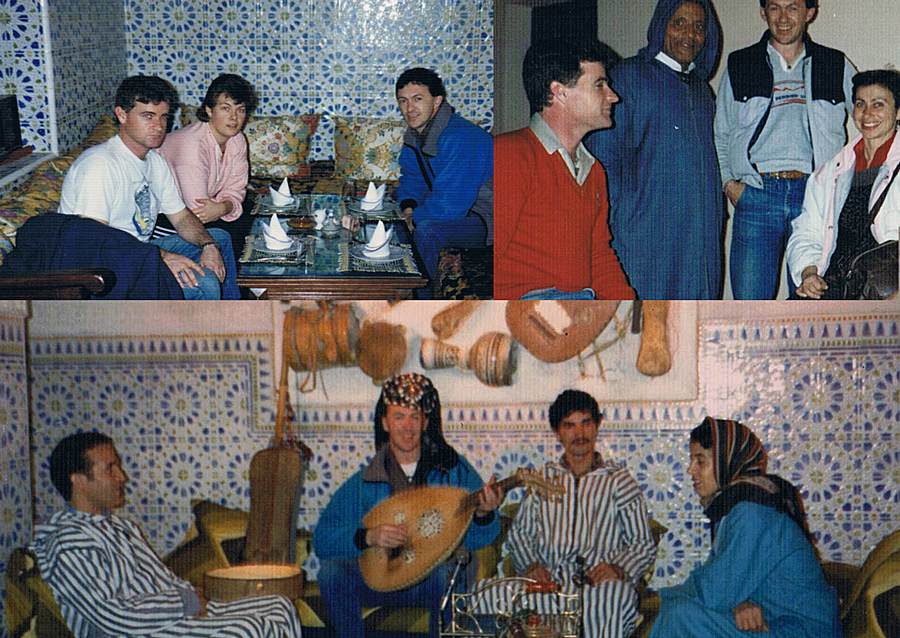 A young Brian gets his Casablancan groove on… 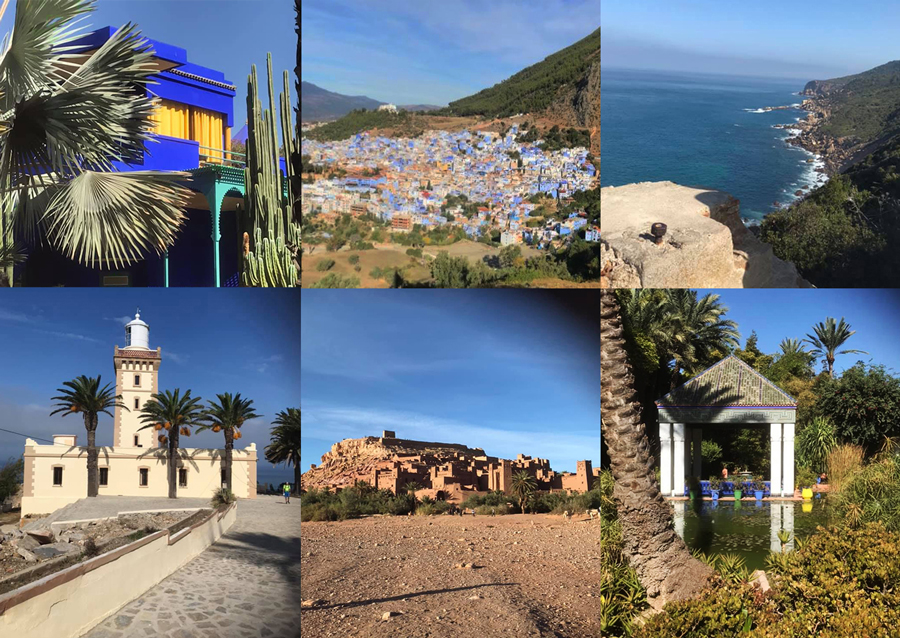 …and 40 years later some miscellaneous pics of Chris’ show Morocco’s lost none of its appeal. 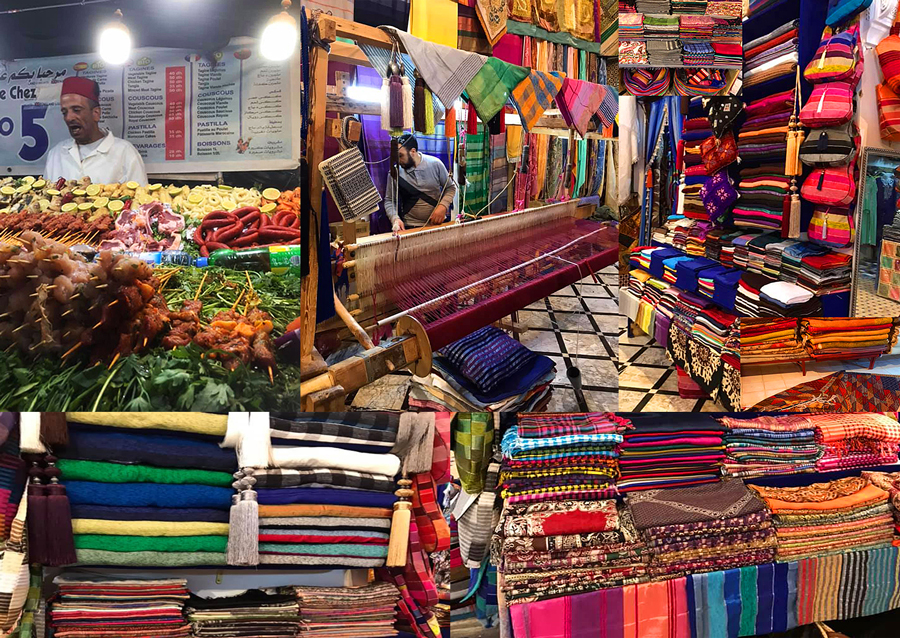 The famously colourful souks, where I’d imagined leaving some Brian. Chris had other ideas. 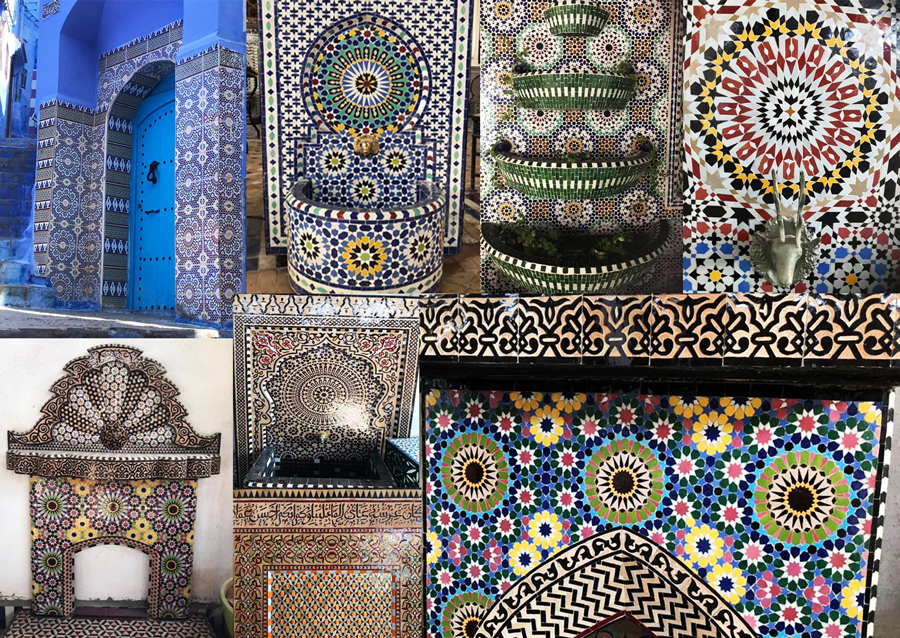 This – aka my second reason for wanting to be there. 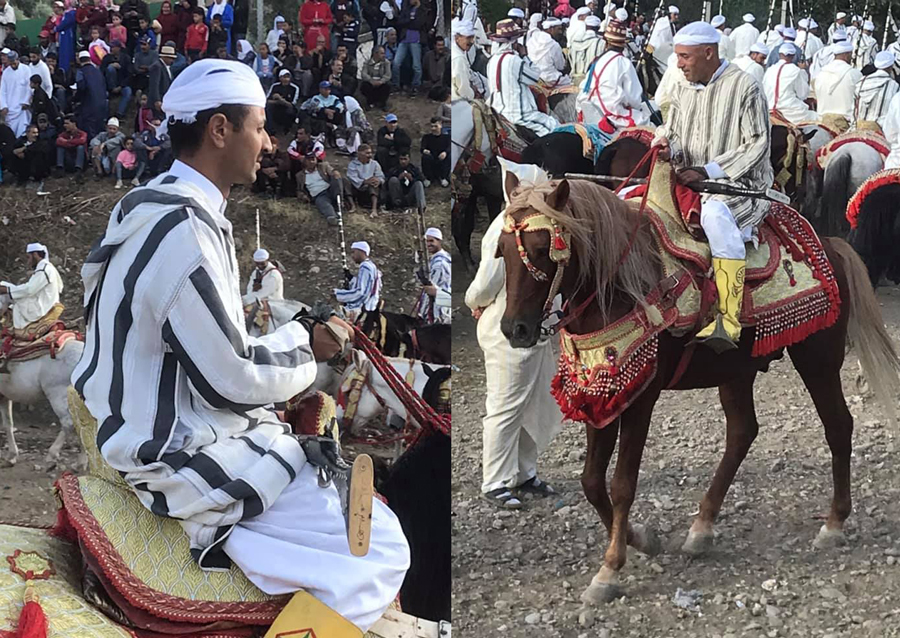 And then there were the people… 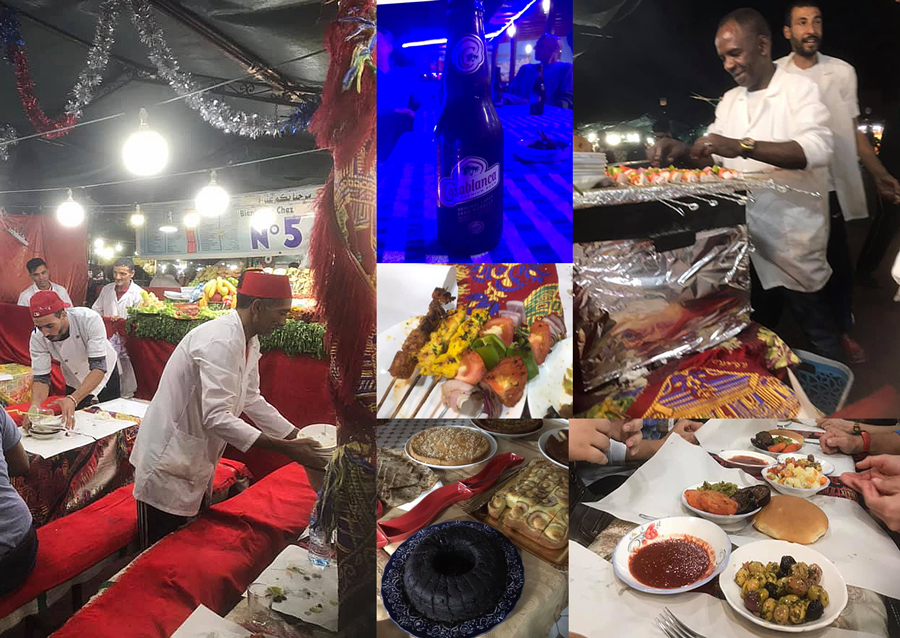 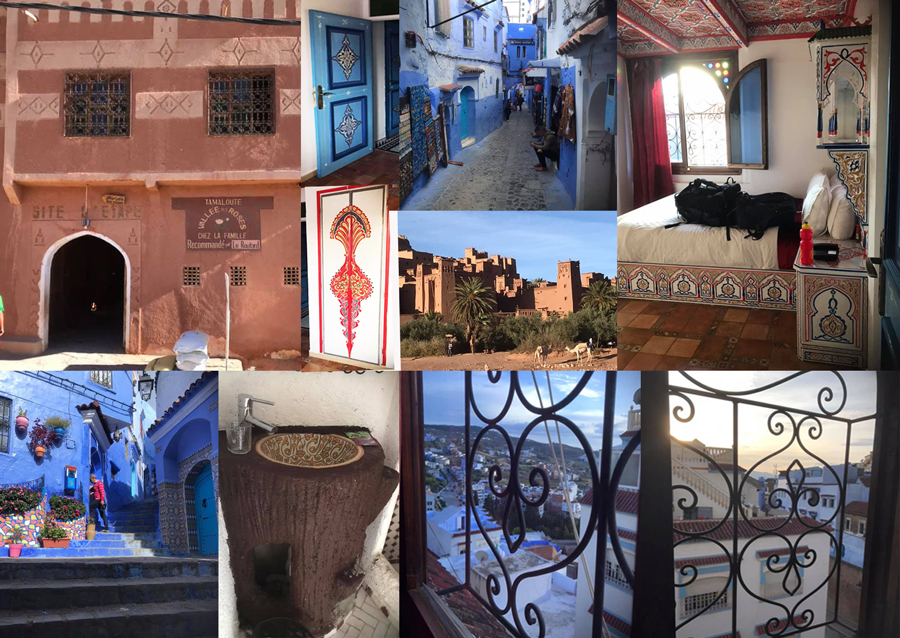 …and the amazing architecture. 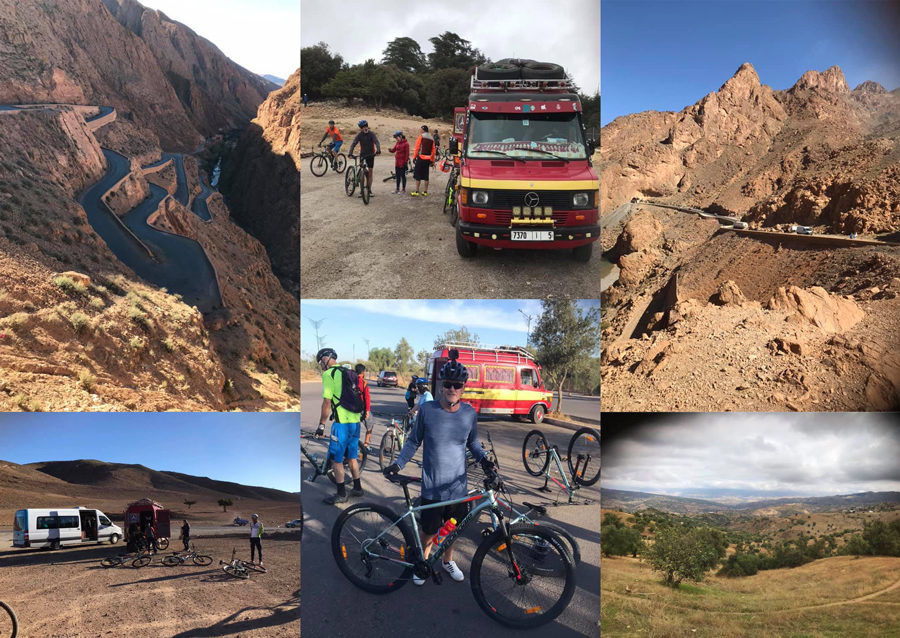 Negotiating the roads through the Atlas Mountains would not have been for the fainthearted but my mega-fit brother went the distance. 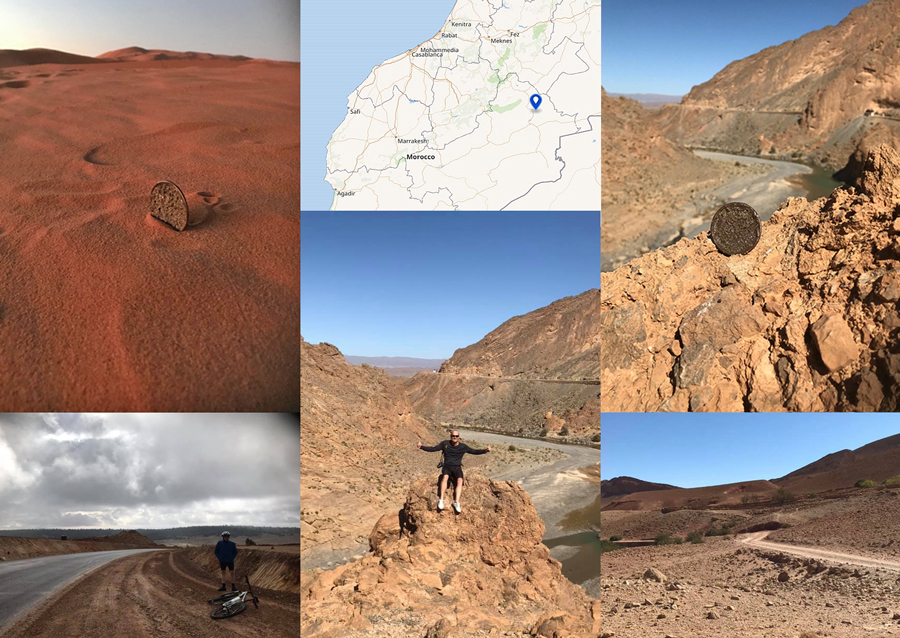 Brian’s rugged resting places in the mountains and the desert… a fair way from the planned Marrakech, but I’m not complaining.